Which “Star” Will Be Traded First? Player Props for the NBA’s Two Biggest Drama Queens | BetOnline.ag 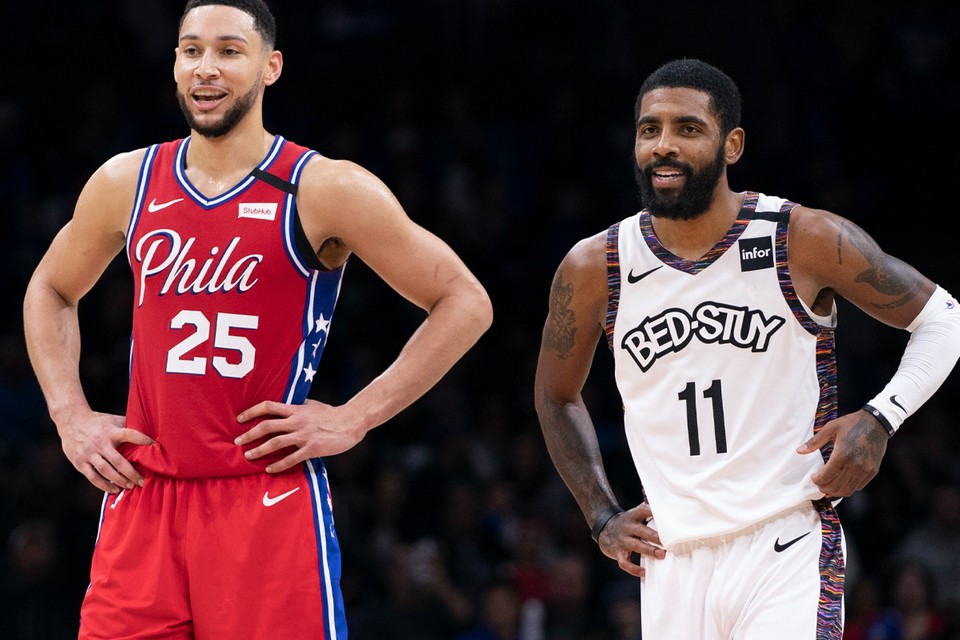 Well folks – basketball is back, and it wouldn’t be the NBA without some high stakes drama beginning on day one. Philadelphia guard Ben Simmons finally decided to show up to 76ers camp – unannounced – to take his COVID test and “play” with the team.

He has since showed up to practice, and was swiftly thrown out by coach Doc Rivers due to being a distraction. “I don’t think he wanted to do what everyone else was doing,” said Rivers. Simmons was then suspended for the teams season opener against New Orleans for detrimental conduct. According to ESPN’s Adrian Wojnarowski, his “reluctance to physically and mentally engage with the Sixers since his return has been a consistent theme”. Simmons has also been fined several times by the club, and they are trying to trade him.

Sixers' approach on a trade has remained steadfast: They won't move Simmons for role players — only a player who'll help keep them a championship contender. That hasn't changed. For now, no one should expect a speedy resolution on Simmons' future in Philadelphia. https://t.co/YUdkseUZOo

According to CLNS Media’s exclusive wagering partner BetOnline.ag, Ben Simmons is highly unlikely to suit up for Philly this year, with +275 odds to play a game with the team. (To bet “no”, you would have to lay -450).

The 76ers players seem to be pretty fed up with the drama as well. Here’s what center Joel Embiid had to say to the media yesterday:

“Our job is not to babysit somebody.”

Here are some of BetOnline’s other props pertaining to the Ben Simmons drama:

Will Ben Simmons to Speak to Philadelphia Media this Month?

Note: Must be in a media scrum and not a one-on-one.

When will Ben Simmons Get Traded?

Note: If not traded this season, will be graded no action.

What will be Higher for Ben Simmons?

Will Ben Simmons Get into a Fight with Joel Embiid?

Note: Must be publicly reported that there was a physical altercation/fight.

The Ben Simmons story is certainly something, but the Kyrie Irving saga in Brooklyn is a whole different ball game. Irving is currently not with the Nets due to his COVID-19 vaccination status, and he doesn’t seem to be getting the jab any time soon.

Originally, Irving would not have been able to play for Brooklyn in their home arena due to New York State law. The Nets however have taken their own approach to this, not allowing him to practice or play with the team in any capacity until he can be a “full participant”.

Just last week, he took to Instagram live to address his stance on the vaccine. He does not seem to be wavering off of his “opinion”:

According to BetOnline, it’s likely that Philly will budge first on Simmons before Brooklyn gives up on Irving. Simmons is a -700 (1/7) favorite to be dealt first, with Kyrie sitting at +400 (4/1).

Here are the rest of the sportsbooks props for Kyrie heading into the season, including how many games he will suit up for and when/if he will be traded:

When Will Kyrie Irving Get Traded?

Note: If not traded this season, will be graded no action.

When the Celtics first traded for Kyrie Irving back in 2017, I was ecstatic. He’s a great basketball player and he seemed like he had good intentions. Now? I wish they could go back and never let Isaiah Thomas go. He may not be as good of a player, but he knew how to lead and galvanize a team.

Anyway, we’re well past those days. Our hometown Boston Celtics kick off their 2021 regular season on Wednesday night. The game will tip off at 7:30pm from Madison Square Garden. Keep it here on CLNS Media and on our YouTube channel Celtics All Access for the latest on the C’s.