Betting On When MLB Baseball Will Actually Be Played

Things aren't looking good for the baseball right now, but you can still bet on it - sort of. 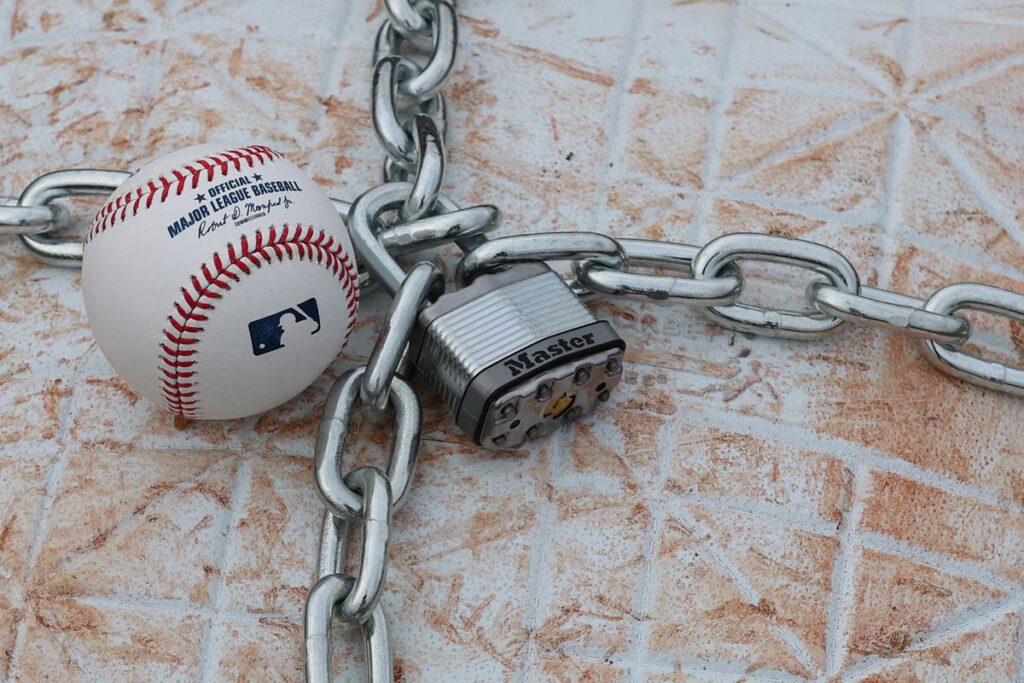 The MLB lock-out is a disaster. The league made a final proposal for a new collective bargaining agreement on Tuesday afternoon and – rightfully so, the players association declined.

The league’s Opening Day was scheduled for March 31st, but was subsequently canceled when the deadline wasn’t met with a deal.

The following set of series were canceled as well, making it two series lost to start the season.

MLB commissioner Rob Manfred spoke to the media following the failed attempt at a deal, and per usual – showed no remorse and was nonchalantly smiling while answering questions. He’s a puppet for the owners.

BREAKING: MLBPA player leaders agreed unanimously not to accept MLB's final proposal, and there will be no deal on a new collective-bargaining agreement before MLB's 5 p.m. ET deadline, sources tell ESPN.

MLB has threatened to cancel its March 31 Opening Day without a new deal.

Several players have spoken out regarding their frustration with the owners. Angels center field Mike Trout went to Twitter with the following statement:

I want to play, I love our game, but I know we need to get this CBA right.

Instead of bargaining in good faith – MLB locked us out.

Instead of negotiating a fair deal – Rob canceled games.

Players stand together. For our game, for our fans, and for every player who comes after us. We owe it to the next generation.

This is strong condemnation coming from Trout – who is widely considered the best player in the game.

Although you can’t bet on games yet – you can bet on when and how much baseball will be played in 2022. Here are BetOnline.ag’s odds for both how many games there will be and when they will start playing them:

When Will 2022 MLB Regular Season Start?

With the way these greedy owners are and the way that the players are truly trying to back them down – it really wouldn’t shock me if both sides waited this entire thing out. Under 120.5 games and +500 for no regular season feel like decent bets to me.

If we’re assuming they do eventually get a deal done, I think betting either June at +200 or July at +250 would be the way to go. I don’t see this thing being fixed any time soon.

From a Boston perspective, the Red Sox are looking to build off of a strong 2021 campaign where they played all the way through into the ALCS. Here are their odds to win the World Series, the American League, and the AL East from BetOnline:

They are the fourth most likely team to win the East, behind the Yankees, Rays, and Blue Jays. I think there is some value here in betting them at +325. The division is stacked, but the Red Sox are definitely in that mix.

Take a look at Mike Petraglia and Alex Barth’s take on the MLB’s labor talks and their prospects HERE:

We’ll see what happens with the league as a whole over the course of the next few weeks/months, and if the Sox will have an opportunity to build off of their successful 2021 sooner rather than later.