Safety "absolutely" wants to return to Bengals for another run in 2022 and beyond. 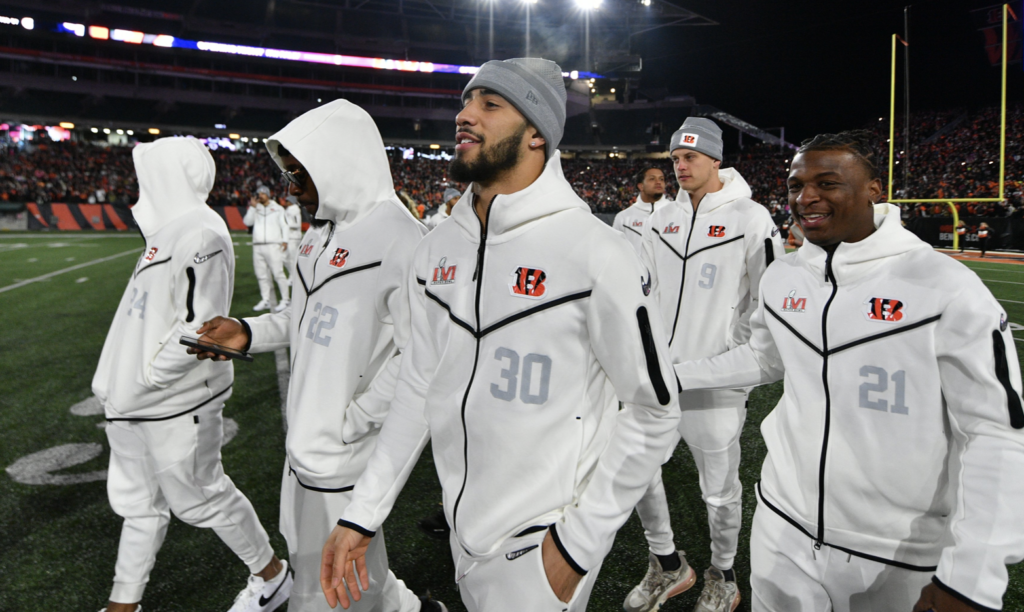 CINCINNATI – There are certainly no guarantees in pro sports these days when it comes to players re-signing with their current teams. And reading into interviews can be treacherously dangerous.

But after listening to Jessie Bates speak Wednesday with Omar Ruiz on the NFL Network’s NFL Now show, it sure does sound like the safety who turns 25 this Saturday is intent on trying to return to a culture where winning has been established and a young, talented core is in place.

During the six-minute interview, Bates was quizzed on the turnaround in the organization that he has witnessed first-hand in his first four seasons, the culture in the current locker room, the need to be one of the highest-paid safeties in the game, playing under a potential franchise tag in 2022 and whether he sees his long-term future in Cincinnati.

Some of the biggest takeaways from the conversation:

“That’s a conversation that we’ll have with my agency and my team. I’ve put a lot of trust in them with this whole process of just trying to stay focused and control what I can. We’ll see. Hopefully, I’m not (playing) under a franchise tag. That’s something I feel like needs to be discussed (with) NFLPA a little bit. Some of the top guys got hurt under a franchise tag. It’s tough. You only get one shot at this. You’ve just got to play your cards right, I guess you could say.”

“Absolutely. I know what type of men are in that locker room, along with the guys who are leading us,” Bates said. “We have awesome coaches, from the strength staff to the people upstairs, the scouting department to the players. It’s hard to find a positive work environment and I’ve expressed that to Cincinnati. I’m only three hours away from near my hometown so being able to have my family, my nephews, my mom, sister and all that good stuff, it’s always a positive as well. I look forward to being a Cincinnati Bengal and we’ll see what happens, like I said.”

Without question, this is the most notable response that indicates Bates really does want to return to the winning culture that’s been built in Cincinnati.

At $49.2 million (per OverTheCap), the Bengals have 4th highest room under cap in the NFL. The Bengals certainly appear to have the room to get a long-term deal done.

“I’m not too worried about the ego part of being the highest-paid safety, but I do know value over cost,” Bates said. “That is something that not just myself but my agency, my team, that we’re going to continue to evaluate over the next couple weeks.”

“The whole experience, from me being drafted in 2018 until now, experience the worst side of the NFL, not having any meaningful games and then you go on three years later and you’re playing in the Super Bowl. So, it just says a lot about the process. It’s very special, it’s very unique. Everyone’s process is very different but the way that we built it in Cincinnati is something special. For guys that’s not going to be there next year or coaches that’s not going to be there, we built the standard in Cincinnati that you can take on wherever you are, whether you’re Rico Allen who just retired, whether you’re Coach Golden who just got the DC job at Notre Dame, we set a standard that can last forever.”

“Anytime the combine comes up, that’s when a lot of conversations start to happen. There is a business-side of this and I’m happy I’m able to experience it at 24 years old. A lot of people come in drafted at 24 and they don’t really understand the process of this. It takes time. You’re not just going to get exactly what you want whenever you want it. It’s just something that’s going to happen. I know it will. I’ve put the work in. I’ve done my part. The rest of it is in God’s hands so we’ll see.

“There’s some interesting conversations that will be coming up soon. Hopefully, I’ll still be a part of that there in Cincinnati. But there’s just something special about the group, the young guys that we have in there. There’s a lot of good things to come there in Cincinnati, whether I’m there or not.”

“I think we all know money can do a lot of positive things. It also can do a lot of dangerous things, to have your mind in different places so I’m just happy to have a great support system around, a great family to where I can build a legacy behind Jessie Bates III and continue to raise the people around me up to the next level of life. It’s something that a lot of people don’t get to experience ever in life and I’ll be sure to be prepared for it mentally, physically and spiritually.”