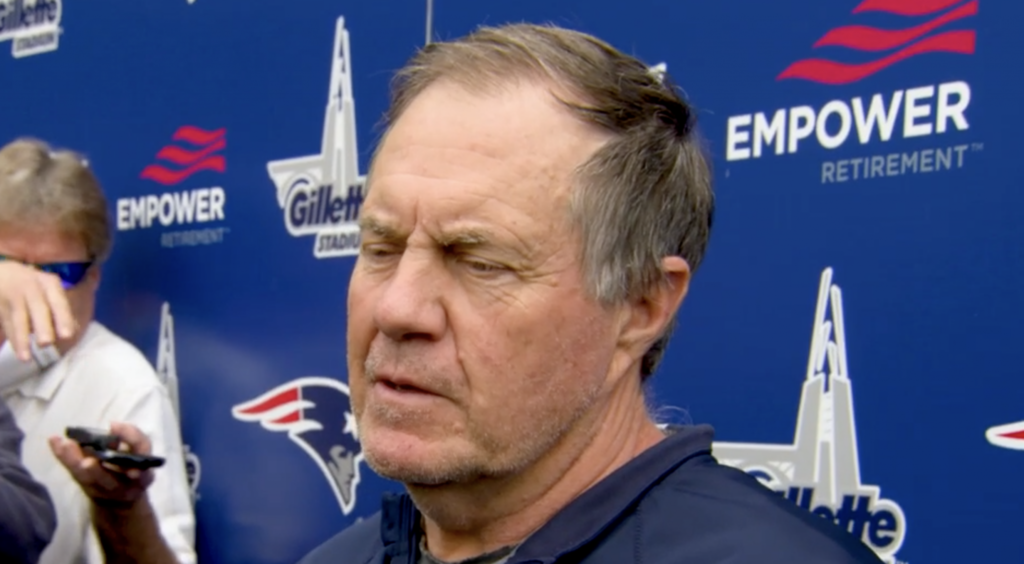 FOXBORO — Whatever is going on with Tom Brady right now is a clear departure from the norm. Luckily we can still count on Patriots head coach Bill Belichick to do what Bill Belichick does, which in this case was to NOT address Brady’s unexplained absence from OTAs.

“Yeah I’m not gonna talk about the people who aren’t here,” Belichick said to reporters on Tuesday. “The guys who are here are improving and working hard.”

Brady has skipped all of the team’s offseason program which is currently in phase 3. It’s not clear exactly why but its probably a combo platter of reasons that includes, money, family, issues with his personal trainer, feeling appreciated and not having enough fun.

Rob Gronkowski has also skipped out on all the team’s offseason workouts. His hangup seems to be contract related and reportedly could be cleared up soon. How do you think Bill responded when asked about Gronk not being here?

Sensing this line of questioning would continue to go nowhere reporters tried an end-around seeing if they could get Belichick to bite on a question about leadership. As in, who’s filling the leadership void with Brady and Gronk choosing to be absent?

“We’ve had a lot of good leadership,” Belichick said. “Young guys taking more active roles. Also had some other guys like Julian [Edelman] and [Dont’a] Hightower. Guys like that that didn’t play much last year. New team, new year. We’ll take it one step at a time.”

Patriots OTAs continue through June with mandatory mini-camp June 5-7. While these workouts are technically voluntary mini-camp is not and Brady is expected to be present for that.