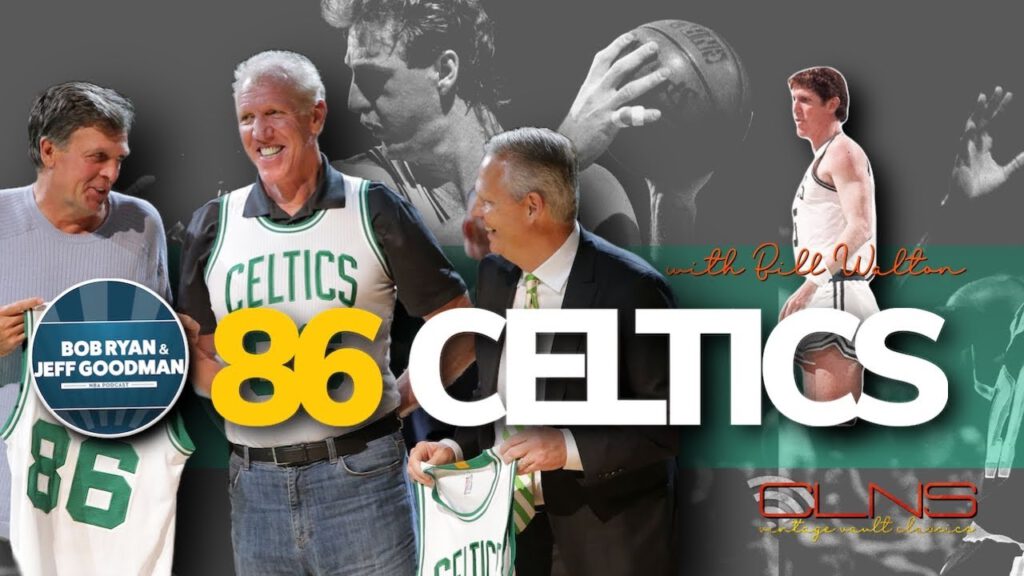 Bill Walton’s stories ring endlessly from his iconic season in 1986 with the Boston Celtics. Tree Rollins hummed an in-bounds pass at Danny Ainge’s head during a blowout win over Atlanta. While the referees and players wondered what would happen next, Ainge already navigated to the three-point line to pad the lead further.

That hilarity struck Walton reminiscing on the season with Jeff Goodman and Bob Ryan on their CLNS Media podcast. Larry Bird and Walton bristled from their earliest moments, then later in the season the group decided to practice or not based on their half court shooting. One day, Bird and the entire team rotated through attempts at the shot and failed.

“Ray Melchiorre, our great trainer, he comes walking out from our training room,” Walton said. “Somebody yells, come on Ray, you make the shot and we’ll get out of here … they gave him the ball and Ray can’t even see the basket from half court. He winds up and throws it as far and hard as he can and the ball banks in from half court.”

The Celtics exploded, then decided they were having so much fun they might as well practice. That year started with Bird blowing up on Walton for mocking the “Larry” chants that poured down on him at the Garden during an exhibition game. It slowly evolved into one of the greatest seasons in NBA history through depth, KC Jones’ steady leadership and Bird’s assassin tendencies.

During another practice, Bird left Walton bamboozled on a fast break. Walton tried to line up a stop to start his own break the other way, only to see Bird find a pass he had no clue was available behind him.

These days Walton is busier than ever, finding new hobbies in the absence of his acquired broadcasting and speaking talents. Walton discussed how a near-death experience, battling speaking issues and body pain gave him a greater appreciation for this moment in quarantine. Goodman reminisced on how he once fact-checked Walton’s broadcast, only to find most of his musings were actually true.

“I stopped shaking hands three or four years ago,” Walton said of his avoidance of COVID. “I spent my life in airports, in huge crowds … in the audience, meeting everybody. I love the people. That’s what I miss the most.”