Billy Donovan: NCAA Needs to Change Rules to Keep Up with G-League 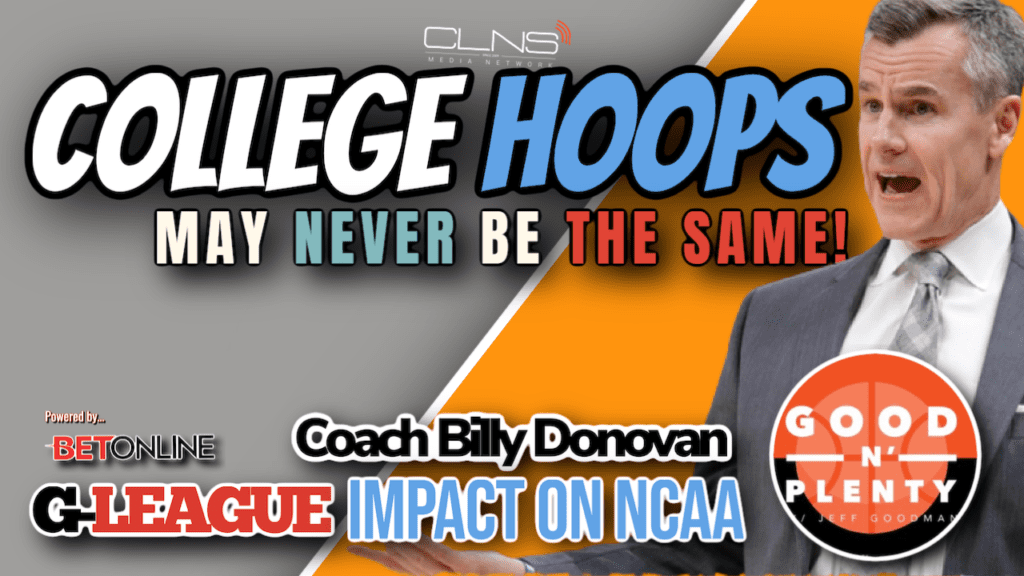 Jalen Green made the latest attempt to jump directly from high school to the NBA. Since the 2005 NBA Draft featured Andrew Bynum, Gerald Green and the final round of prep-to-pros prospects, one-and-done forced top prospects to college.

That changed recently as stars like LaMelo Ball and RJ Hampton opted to go overseas. The 2020 high school class made a bolder move with Jalen Green spearheading a new G-League system for high school prospects. Billy Donovan, who coached at Florida and now in the NBA with the Thunder, joined Jeff Goodman’s Good N’ Plenty Podcast on CLNS Media to discuss this trend along with Florida memories.

“This is the dilemma,” he said. “When I see games, when was the last time you really saw besides the really elite players in the NBA post-up? There’s no post-up game, because of a narrower lane and because in the college game you can play in the low post. I think until we become unified in the rules, where the court dimensions and everything are the same, it’s different.”

He sympathized with bigs who are forced to play inside in college and will never do it in the pros. Udonis Haslem, who Donovan coached, had that experience before joining the Heat and rarely posting-up. His former staff agreed the G-League rules are better suited to develop players for the NBA.

“It’s not like any college coach is a bad developer of talent,” he said. “The game is just different.”

Two of Donovan’s best players ever from Florida, Al Horford and Joakim Noah, won back-to-back championships with the Gators. Both went on to become elite face-up players in the NBA who could shoot the ball.

The staff remembered their struggles in 2006 to play physically inside in a bad loss to Alabama, which caught them ire from senior Adrian Moss. Donovan believes that moment spurred them into the great players they’ve become.

They also shared their favorite Noah stories. Sports Illustrated hoped to cover Noah, but he demanded that the entire team grace the cover with him. When SI objected, he passed up being featured.

Donovan left college basketball in 2015 and doesn’t see himself returning. The recruiting that wasted time, where players showed but never seriously had interest in his teams, frustrated him. With a 239-154 record and exceeding expectations after the Russell Westbrook and Paul George trades, he likely won’t be forced to leave Oklahoma City anytime soon.