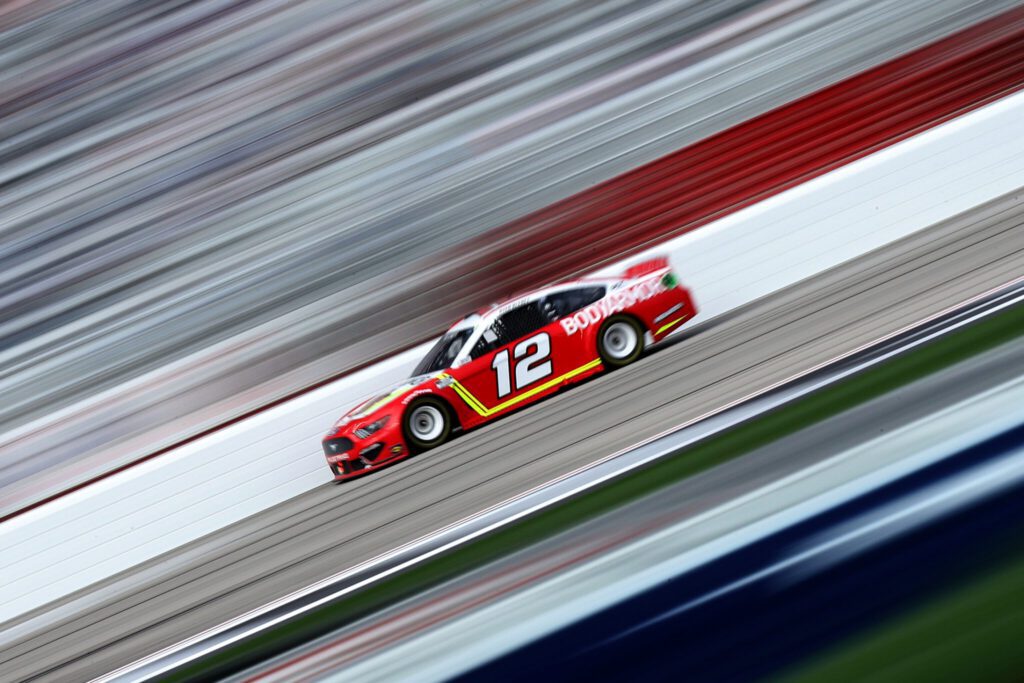 Ryan Blaney won the Folds of Honor QuikTrip 500 from Atlanta Motor Speedway on Sunday afternoon to pick up his first victory of the year.

Kyle Larson had a dominant car throughout the race and won both stages while leading 269 of 325 laps.  Over the final run, Blaney was able to close in on Larson.  With eight laps remaining, Blaney got around Larson to pick up the victory.

Blaney said the long run at the end of the race worked to his car’s strengths.

“We had a great long-run car all day, and it took us a bit to get going,” Blaney said.  “A couple long runs at the end that let us get there.  It looked like Kyle was getting loose and I’m happy it worked in our favor.”

As Blaney was chasing Larson down, his teammate Joey Logano was fighting Larson to stay on the lead lap.  Logano disrupted enough of the air around Larson’s car to take the handling away.

Blaney said the lapped traffic played a role in his ability to get around Larson.

“[Larson] got stoved up behind some lapped traffic,” Blaney said.  “We’ve been good this year and had some bad breaks; it’s nice to close out a race like that.”

With Blaney closing in, Larson said he didn’t get a chance over the final run to save his tires and fight for the win.

“I think [Blaney] got a lot better that last stage and it kind of changed up my flow of the race,” Larson said.  “I could get out to such a big lead and then I could take care of my stuff.  He was fast there and I just wanted to maintain that gap; I had to run on the faster part of the racetrack and just used my stuff up.”

“Our HendrickCars.com Chevy was stupid fast there for a long time.  Hate to lead a lot of laps and lose, but a really good car that we brought to the track.”