Bengals Look Like A Team Ready To Ascend To Top. How Will They Handle The Ride? 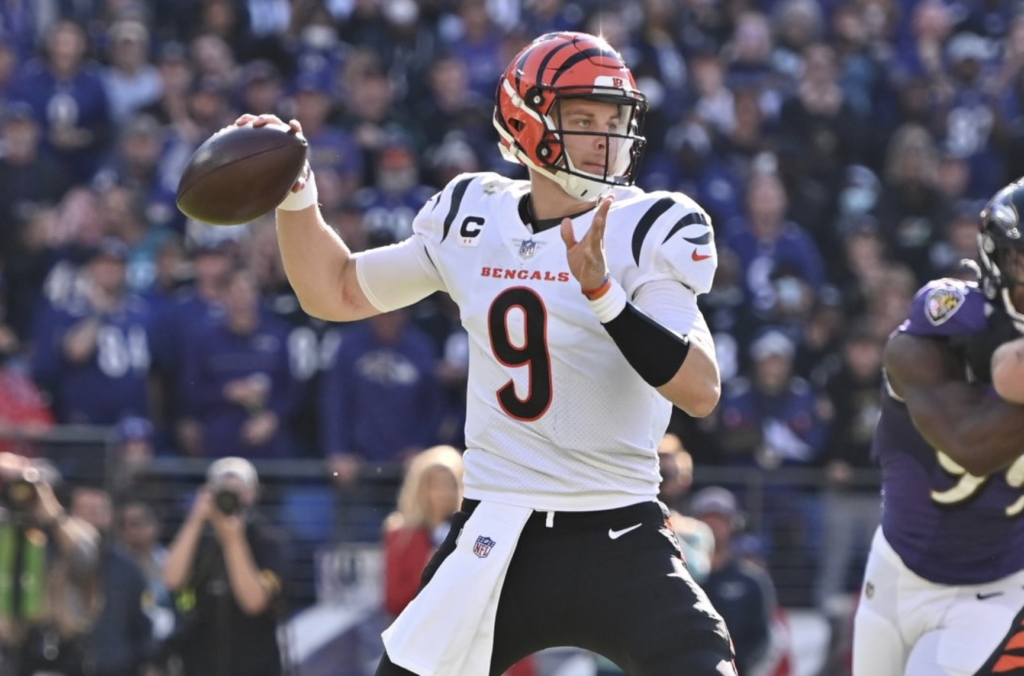 BALTIMORE – Joe Burrow is tired of comparisons. He was more than aware that Phil Simms compared him recently to Joe Montana, a four-time Super Bowl winning quarterback in terms of his read of the field, only with a stronger arm.

Joe Mixon compared Ja’Marr Chase to Jerry Rice after a win in Pittsburgh.

So, why not try and tie the two together and suggest the Bengals might have another epic NFL passing combination on their hands?

As I asked the question after Sunday’s 41-17 throttling of the Ravens here inside M&T Bank Stadium, I could see Burrow roll his eyes. But I carried on anyway before he laughed and answered.

Fair enough, but just a suggestion Joe, if you keep playing the way you and Ja’Marr did again on Sunday, expect more of those kinds of questions going forward.

Embrace the Super Bowl comparisons. And the expectations. Expect to be great. And P.J. Combs, Emily Parker and the terrific Bengals PR staff are going to get a lot busier. The national pundits are going to start descending on Paul Brown Stadium. You’ve got a star quarterback that Boomer Esiason and Phil Simms have already told us is capable of incredible things. You’ve got a rookie receiver being compared to Randy Moss and Jerry Rice.

And now you’ve got a defense that just held Lamar Jackson to 17 points on his home field.

“It’s time to give Cincinnati some due,” CBS’ Jim Nantz declared to Tony Romo on the national broadcast of Tom Brady’s dissection of Chicago Sunday. “Nobody was talking this week about Cincinnati having a chance against Baltimore. This Cincinnati team needs some love.”

He said he was going to break records.

Burrow had a career-high 416 yards on 23-of-38 passing and three touchdowns, including an 82-yard game-breaker to Chase in the third quarter that put the first of several nails into the Ravens coffin on this Sunday before over 70,000 stunned Ravens fanatics. Chase caught eight passes on 10 targets for 201 yards and now is the second player in NFL history to start his career with seven games of at least 50 yards receiving in each contest.

The love was boundless in the Bengals locker room afterward, for coach Zac Taylor and each other.

“I think we put more pressure on him with the things we say to the media,” the eternally smiling Uzomah said of Taylor. “He remains constant. He has the same attitude. The same energy. He holds us to the same standard that we should be held to, and, if we don’t meet that, he lets us know. We have no problem calling each other out.

“That’s something I admire about him. He is ‘on’ all the time, and he expects that out of us. Once the players start buying in to that, you can’t have a bad day. We get to play football. That locker room over there is lit. It is awesome to celebrate with your boys after a win.”

What the Bengals saw in Burrow to Chase at LSU in 2019 is now materializing right before their very eyes and that No. 5 overall pick back in April is looking better and better every day.

Burrow knows to look for Chase when he’s feeling certain pressures or facing defensive looks. Such was the case on third-and-2 at the Bengals 18 midway through the third quarter Sunday. Burrow threw a what C.J. Uzomah calls “a dot” to Chase and the record-setting rookie did the rest, breaking through three Ravens including Marlon Humprhrey on his way to a touchdown that made it 27-17.

“I had a slant on that play,” Chase told me. “I knew my release, what I wanted to do before I ran the route. I’ve been watching [Marlon] Humphrey’s film day and night to get the best idea I can have of him. I know he’s such a great corner. I came off the line with some hesitation then gave it a big burst and cut in on the slant route. I protected myself from any hit. As I was getting hit, my momentum took me into a spin. I kept following the spin and went from there.”

“We have a lot of reps accumulated over the last three or four years,” Burrow added. “We’ve been together for a long time. I’ve been dealing with him on Saturdays since I was 21 years old, so that’s what happens when you get all those reps accumulated. You understand the kinds of throws against leverage.

Sure, there’s some pump-the-brakes perspective needed on a 24-point win over a division rival in Week 7, even if it did come on the road. But the most significant statement the Bengals made was to themselves Sunday.

They now know they’re a very good team, capable of a playoff push and dare we suggest a deep run if they keep their heads about them.

“We have no right to get complacent,” Taylor said with a stern warning. “There are so many things we can’t let slide, a guy coming late to a meeting, as an example. We’re not going to let that happen. And, again, that comes back to the coaches and the leaders on this team to make sure that doesn’t happen. And we’ve added the right pieces to make sure we don’t have guys that try stuff like that.”

The Bengals have the Jets next week, a Jets team that lost its rookie quarterback Zach Wilson to a possible PCL knee injury during a 54-13 train wreck administered by the Patriots Sunday at Gillette Stadium. The Bengals know they can’t let up. Then there will be the rematches with the Steelers and Ravens at Paul Brown Stadium later this season. Those will all be measuring sticks of how this Bengals team handles success.

“I think we need to get the train rolling,” Uzomah said. “We are trying to establish who we are as a team and put the league on notice that this isn’t the Bengals of the past. This is the 2021 Bengals, and the past is the past.”

“After the win, with everything that was going on, I sat down and watched everybody celebrate just to see the reactions,” Chase added. “This is my first time in Baltimore. I’m a rookie. They don’t expect me to react the way they do. I soaked in the celebration. It’s just a blessing to be here.”

If the Bengals are remotely close to the team they showed in the final 30 minutes Sunday in Baltimore, there are plenty more celebrations in their future.