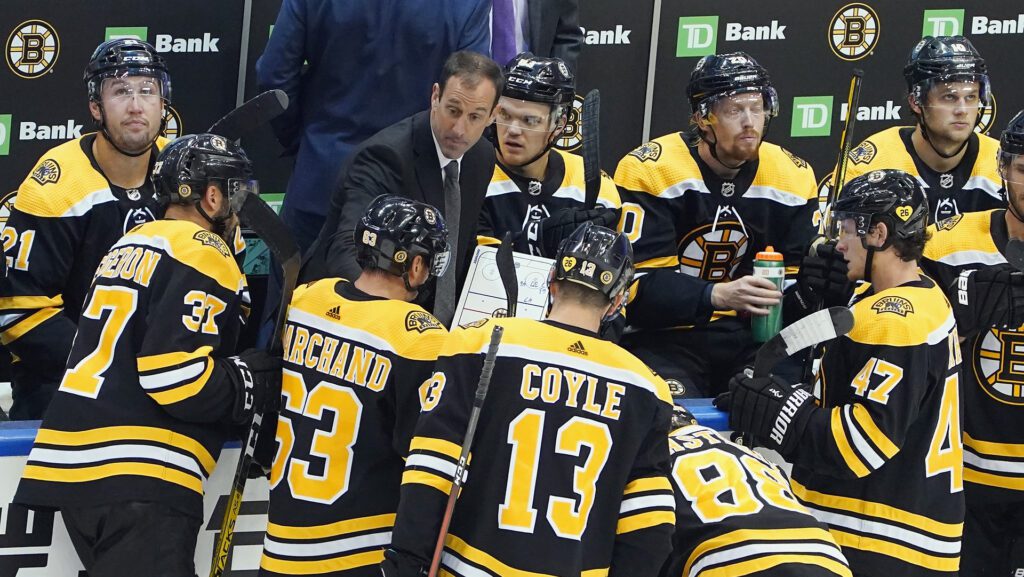 The Boston Bruins and Carolina Hurricanes will have to wait one more day for the first round of their Stanley Cup Playoff series to start.

An 11 a.m. start on Wednesday is now on tap for the matchup between the Eastern Conference’s No. 4 and 5 seeds.

The first few overtime periods caused only slight delays to the start of the game for Bruce Cassidy’s squad. A fifth overtime period in the Columbus Blue Jackets-Tampa Bay Lightning game forced the NHL’s hand as the Bruins and Hurricanes originally scheduled 8 p.m. puck drop had long since come and went.

The marathon Blue Jackets-Lightning game began at 3 p.m.—a seemingly safe five hours before Boston and Carolina were set to take the ice. There was hope that if the night’s first game ended in the fourth overtime an 11 p.m. puck drop could be in play. The Lightning and Blue Jackets had other plans however, instead playing their fourth-straight period without a goal.

The game would eventually come to an end in the fifth overtime thanks to Lightning forward Brayden Point, notching a 3-2 win for Tampa Bay.

With Boston and Carolina’s game one getting pushed to Wednesday the teams will now play on back-to-back games with game two scheduled for 8 p.m. on Thursday.