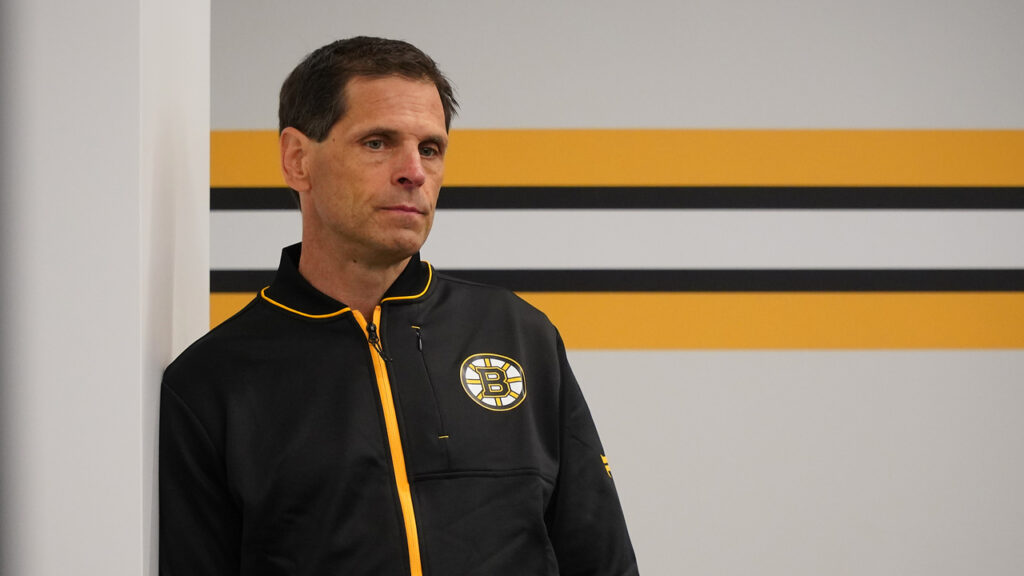 After a rollercoaster of an offseason thus far, the Bruins made yet another move on Monday afternoon – signing general manager Don Sweeney to a multi-year contract extension.

“We are proud to extend Don Sweeney to a multi-year contract as General Manager of the Boston Bruins,” said Bruins CEO Charlie Jacobs. “Under his management, the Boston Bruins have been one of the winningest franchises in the league and a perennial playoff contender year in and year out. While we recognize there is work to be done to achieve the ultimate goal of bringing the Stanley Cup back to Boston, I’m confident that Don’s commitment to being best-in-class on and off the ice will help us climb that mountain once again.”

“Having had the pleasure of working closely with Don for more than a decade, I’ve seen firsthand his tireless work ethic when it comes to all facets of front office management,” said Bruins President Cam Neely. “He remains committed to doing whatever it takes to give the Boston Bruins the best chance to win every season. I look forward to continuing to work with Don as we endeavor to bring another championship to this city and our fans.”

Both Sweeney and team president Cam Neely have been the exact opposite of fan favorites during their time in Boston. They’ve constantly dropped the ball in the front office and have failed to get the Bruins over the hump.

Can they finally do it 2023? Our partners at BetOnline.ag already have their odds listed for next season’s winner. Here are their top ten:

The Avalanche (+400) are the favorites for 2023 after winning the ’22 Stanley Cup this past Sunday night. Colorado had longed to hoist the trophy – having run the regular season over the last several years but failing to get it done. UMass’ Cale Makar won the Conn Smythe Trophy for the Avs on their way to their first title since 2001.

Former Bruins head coach Bruce Cassidy is now the main man in Vegas, having signed on with the Golden Knights just eight days after he was fired from Boston. Vegas has +1400 odds to win the Cup next season, and Cassidy has his job being basically handed to him with stud forward Jack Eichel to build around in the desert. Honestly, I’d be shocked if Butch didn’t win one with the Knights eventually.

According to Joe MacDonald of the Worcester Telegram, Bruins captain Patrice Bergeron will be returning to the team in 2022 on what is likely to be a one-year deal. When writing about Boston firing Bruce Cassidy last month, I though there was no shot that he’d come back:

Evan Marinofsky asked the question – and I have the answer. Bergeron is done. This team is in shambles right now and there is simply no way the ailing Selke Award winner is going to lace them up for a rebuild.

Your stars are retiring, your management is incompetent, and your window is closed. It’s as simple as that.

The Bruins have +1800 odds to win next years Cup according to BetOnline, and as much as I can’t stand this team right now – rumors of David Krejci coming back and David Pastrnak signing long term have me getting excited about this team in the summer for the first time since 2019 (back when they tore my heart out against the St. Louis Blues).

Will they do it? Probably not – but 18/1 odds are incredibly enticing. We’ll see what happens the rest of the way. I still have a very hard time trusting Don Sweeney with anything.