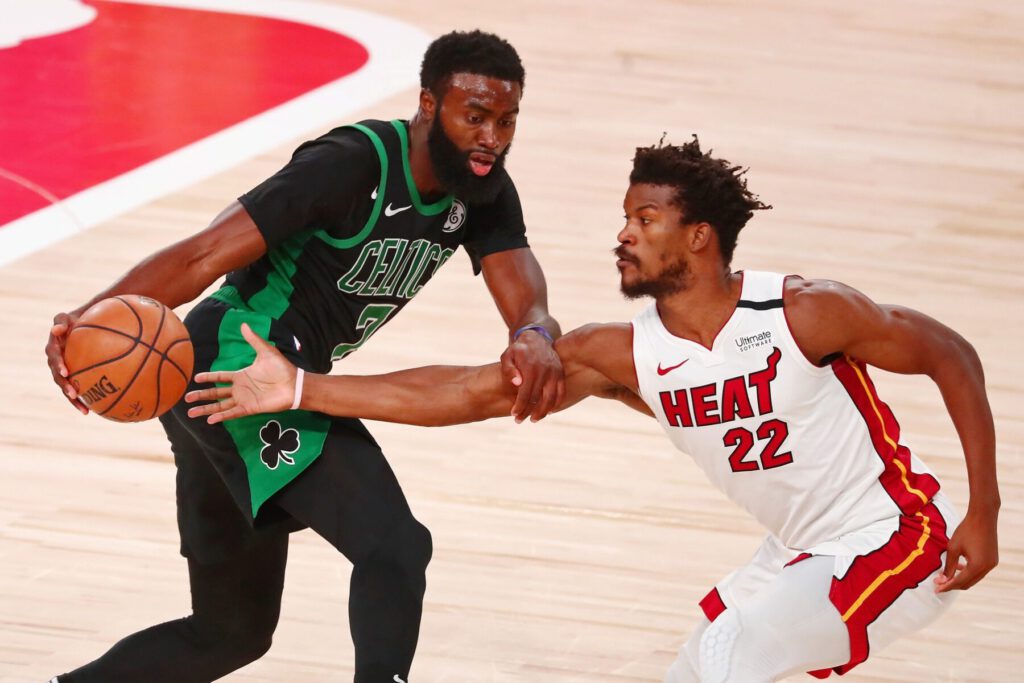 The Boston Celtics have 18 games left this season, and the only thing on most fans’ minds right now is the playoffs. As the season winds down, the Eastern Conference playoff picture is as tight as can be, and any team could make a run to shake things up down the stretch.

Taking a look at the top eight teams in the East, any one of them could be a contender to go on a deep playoff run. So when discussing potential playoff matchups, there really isn’t a team Boston could easily pick on.

At least, that’s what Gary Washburn pointed out on the latest edition of the A List Podcast. According to Washburn, there’s no easy pathway to a first-round victory for the C’s.

“This is not the years of playing Indiana a couple of years ago, the one-eight or, when they’re playing a team they should beat for sure. They are likely to be the underdog because if you put them against Chicago or Milwaukee or Philadelphia or Miami, those are the four tough teams.”

But while there may not be an easy matchup, there is certainly an easiest. Out of all the options available, Washburn thinks Boston should most like to face the Cleveland Cavaliers in Round 1.

“Cleveland, yeah. Who wouldn’t like to see Cleveland because it’s the inexperience, you never know how they’re going to look in the playoffs, and they’ve had some injury issues.”

Cleveland is 36-25 this season and riding the coattails of an exciting young core led by Darius Garland, Jarrett Allen, and rookie Evan Mobley. While they’re certainly a fierce competitor, a complete lack of playoff experience could hurt them in the postseason.

The Celtics are only half a game back of the Cavs for fifth in the East. And while there’s still time to climb, Washburn thinks the best Boston can do this year is the three seed.

“That would maybe be a four-five. I don’t know if the Celtics are going to get up to third. That’s asking a lot. Four might be their best-case scenario. But if you get to four or five, you might be asking Milwaukee, Philadelphia. But Cleveland’s a team, you’re probably going to want to target.

And while seeding is important, the three seed might be the ideal spot for Boston to be in, because right now, there are two very dangerous teams poised to be the seventh and eighth seeds – the Brooklyn Nets and Toronto Raptors.

“And then who knows if Brooklyn, do they move up to six? Do they stay in the play-in? Do they fight it out with Toronto? How will all that shake out?”

What it really boils down to for the Celtics is their first-round opponent, according to Washburn. While nabbing home-court advantage would be nice, he doesn’t believe that should be a top priority for the C’s.