Gary Washburn on Tatum/Brown Duo: “You make it work. You build teams around them.” 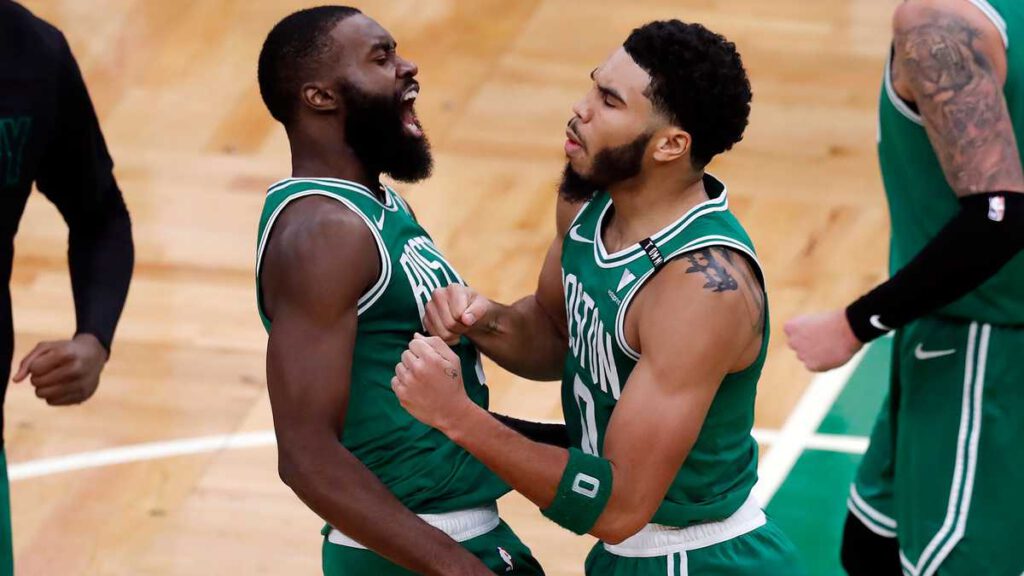 Katy Perry’s “Hot N Cold” should be the anthem of the Boston Celtics’ season. They just can’t seem to make up their mind, they’re up and down, and fans have certainly considered metaphorically breaking up with this team.

However, the one thing that the Celtics are evidently adamant about not breaking up is the Jays. According to Shams Charania of The Athletic, Boston has no interest in splitting up Jayson Tatum and Jaylen Brown.

The duo has been bombarded by the media all year long, with most claiming that they’re unable to play together effectively. Well, after the Celtics’ heartbreaking loss to the New York Knicks, Tatum and Brown had a chat to hash things out and “get on the same page.”

Gary Washburn of the Boston Globe asked Tatum about this conversation after a win over the Indiana Pacers. The 23-year-old phenom explained that he and Brown want to “figure it out together.”

Washburn recently joined the A List Podcast on CLNS Media to discuss his thoughts on the matter with A Sherrod Blakely and Kwani A. Lunis. He stated that he believes the pair realizes how important they are to each other.

“I think that they’re close… They understand each other’s importance to one, each other, and one, the success of the franchise. They know Jayson is not going to take the Celtics to the promised land, championship without Jaylen, and vice versa.”

When both of them are on the same page, Boston is unstoppable. This was on full display during the Celtics’ blowout win over the Pacers. Both of the Jays dropped 30 points. The C’s are undefeated (6-0) all-time when each of those guys scores 30 plus.

Washburn then went on to give his thoughts on the concept of trading one of the two. He’s fed up with the notion and made sure to support his argument with an example.

“It annoys me this whole trade thing. You don’t trade an All-Star unless one of the All-Stars is disgruntled… Ask Oklahoma City how they feel, in hindsight, about trading James Harden.”

Harden wasn’t even an All-Star during his time in Oklahoma City. Just imagine how silly the Celtics would feel trading a bonafide All-Star and watching him thrive the way Harden has in another city.

The Boston Globe writer also made note of the claim that their games are too similar. Just like his thoughts on the idea of trading Brown, it was clear that Washburn is not in favor.

“You make this work. ‘The games are too similar.’ I’ve just never heard this before… No, you make it work. You build teams around them, and then you have them both expand their skillsets so they can help each other.”

It’s safe to say that Washburn is not a fan of trading away All-Stars.