Boston Celtics now in a do or die scenario 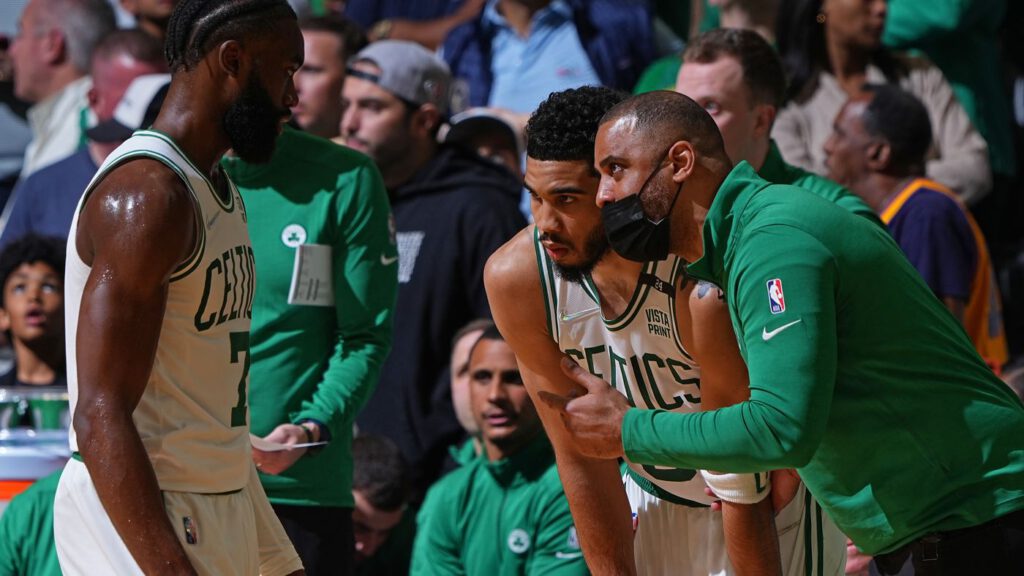 Game 5 of the NBA Finals was the first time the Boston Celtics lost back-to-back games since January, and now Boston is now faced with elimination after a 104-94 loss to the Golden State Warriors.

“It looked like our decision-making waned a little bit in the 4th” Udoka told reporters in his press conference. “We got away from what got us in back in the game in the 3rd, decision making and fatigue could be a part of it.”

“We ain’t gotta win two in one day,” Tatum said about his mindset, “We just got to win on Thursday, it’s all we got to worry about right now.”

Jaylen Brown shared the same sentiment about their 4th quarter play and what they needed. “a little bit more perseverance, I feel like we had some good looks, good opportunities that didn’t go down, I feel I had some good looks, I missed a lot of shots tonight, we didn’t have it tonight but we’re gonna need to have it for next game.

The Celtics are now down 3-2 for the second time in this playoff run, but Boston is not backing down from the challenge.

“We don’t have no choice,” Brown said about game 6 “I still feel that we have so much better basketball to play, I hope that these next two games we play Celtic Basketball and put our best foot forward. I know the city is going to be behind us, big game 6, and we’re looking forward to it.

“We need to be who we are,” Al Horford said in his postgame press conference, speaking on what they need to do to stay alive. “the defense is what’s gonna give us a chance, offensively we can’t turn the ball over that’s a big thing”

The Celtics head back to the TD Garden on Thursday to try to fend off elimination in game 6.