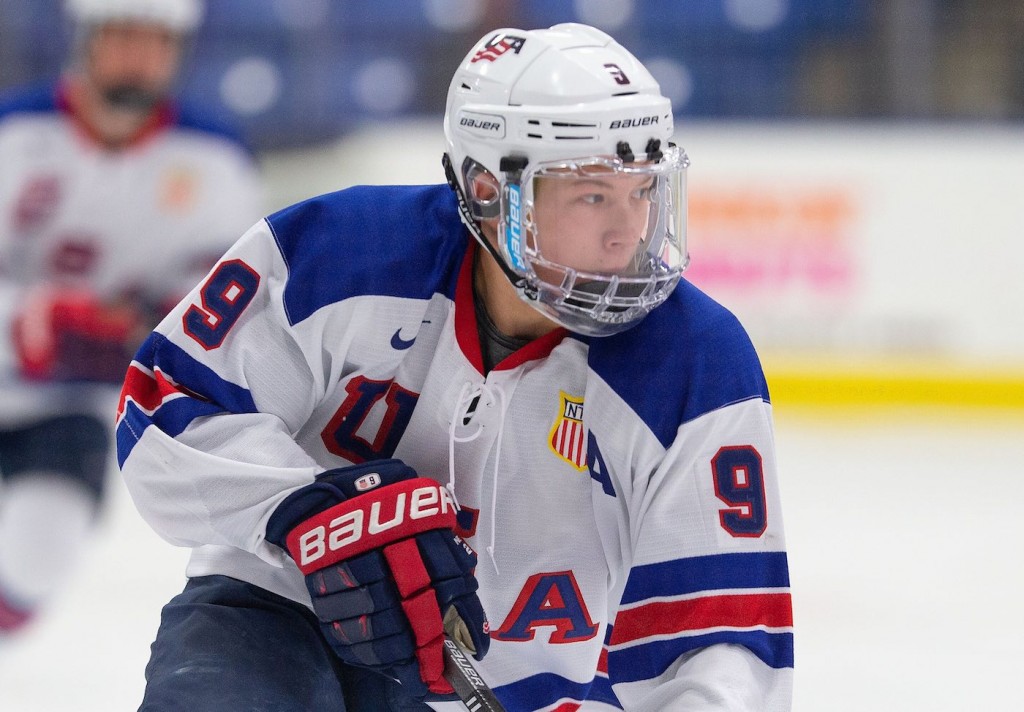 Matt Boldy came into Boston College with no shortage of hype and expectations as the 12th overall pick of the Minnesota Wild in the 2019 NHL Draft. Boldy, however did not exactly get off to the start he hoped for scoring just one goal and adding one assist in his first 14 college games.

Boldy was passed over for last year’s World Juniors after the slow college start, but much has changed in a year as the Eagles sophomore left wing rebounded to have a strong second half of his freshman campaign and came out strong this season.

Now he’ll take the ice this week for Team USA in World Juniors in Edmonton.

Obviously [the beginning of last season] was tough, but what made it easier was that we were still winning games,” Boldy said. “We went on quite a tear there while that was going on, so it definitely made it easier to get on with my personal struggles.”

Boston College went 10-4 during Boldy’s cold start, and the Eagles were even better when he heated up. He scored 24 points over his final 20 games, managed six goals in his final seven games and hasn’t slowed down since — with three goals and five assists in the first four games before leaving for Edmonton.

“Coming into this year, I definitely have a lot more confidence and I’m a lot more comfortable with the guys, the coaches and the program, which makes it a lot easier,” Boldy said.

Boldy came into the tournament excited to be in this exclusive tournament, but also looking forward to reuniting with his former teammates from a talent-stacked US National Team Development Program he played for prior to his arrival at BC. The group was composed of big names, including 2019 1st overall pick Jack Hughes. While Hughes will not be playing this time around, other top prospects from the team such as Cole Caufield (Wisconsin), Trevor Zegras (AHL) and Alex Turcotte (Los Angeles Kings) will be there to help bring back the sparks of their past success and hope to carry it into a win for Team USA.

Boston College has played three games since Boldy left for World Juniors, and the Eagles are currently ranked No. 2 in both USCHO and USA Today’s polls, behind only an undefeated University of Minnesota team.

And while he watches and roots on his college teammates from afar, his focus right now is on bringing home a gold medal – and that has nothing to do with personal accolades.

“I’m looking for the team’s success over my success,” he said.

But many will be watching to see how he does on such a big stage, with so many watching because the NHL season won’t start until January. Minnesota Wild fans will obviously be paying close attention since the organization invested a high pick a little more than a year ago.

“They have a really good player development over there, who reaches out every week or so to make sure everything’s going well and talk to you about certain parts of your game,” Boldy said about Minnesota’s organization and its investment. “That’s what they’ve been doing well, keeping you ready and helping you get better every day.”

Boldy will return to Boston in early January and hopes to pick up where he left off, except this time he’s hoping the season won’t end prematurely and he can help lead the Eagles to their first national championship since 2012.