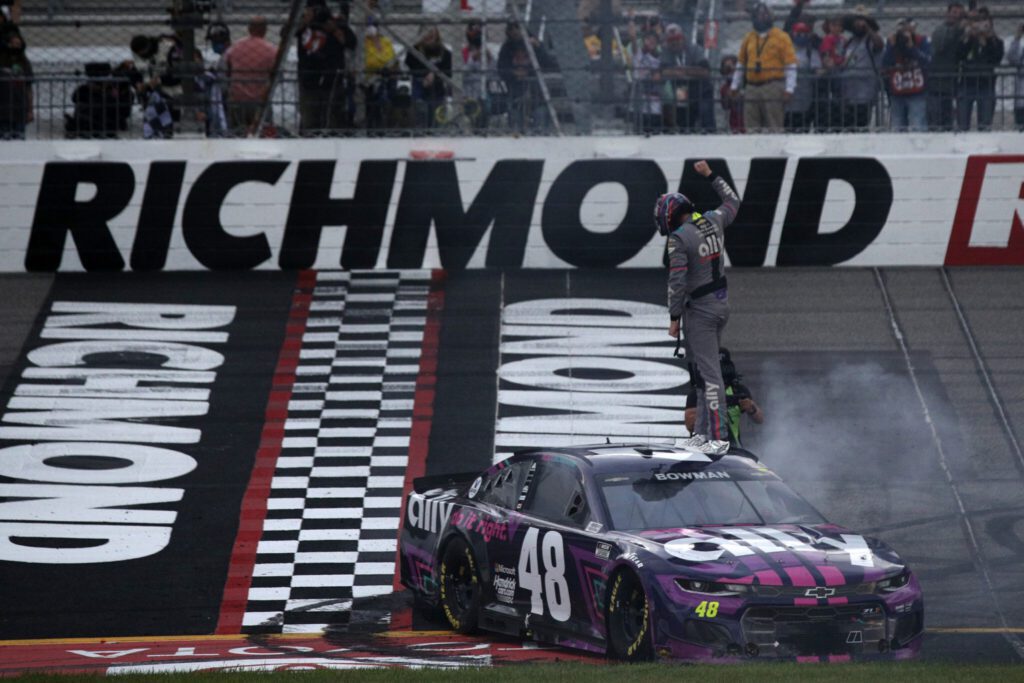 Bowman had a fast car throughout the race, but he didn’t take the lead until a late restart with ten laps remaining.  After restarting third, Bowman got around Joey Logano and Denny Hamlin to pick up his first win of the season.

Bowman said he was able to get by Hamlin due to his crew chief’s slight adjustment on the final pit stop.

“Getting to race a guy like Denny at a place like this is really cool,” Bowman said.  “We were terrible on short runs.  I don’t know if Greg Ives pumped the pressures way up or what he did, but that’s more grip than I’ve ever had in a racecar at Richmond.”

Bowman said the victory was emotional following the death of a crew member in the offseason.

“Means the world to be able to win for Ally,” Bowman said.  “Obviously emotional with how hard the offseason was on us.  Appreciative for the opportunity, and we’ve got a lot more races to win this year.”

Hamlin didn’t have enough time to chase down Bowman in the closing laps and had to settle for second.  With the dominant car on Sunday, Hamlin led a race-high 207 laps and swept both stages.

Hamlin said his team continues to roll even though they’ve been kept out of Victory Lane.

“We just didn’t take off quite as good there at the end,” Hamlin said.  “He had more grip there for a couple laps and I couldn’t hold the bottom.  Once he got position, we just got shoved out there.”