Brad Stevens: For Celtics, It’s Not All Just About the Banners 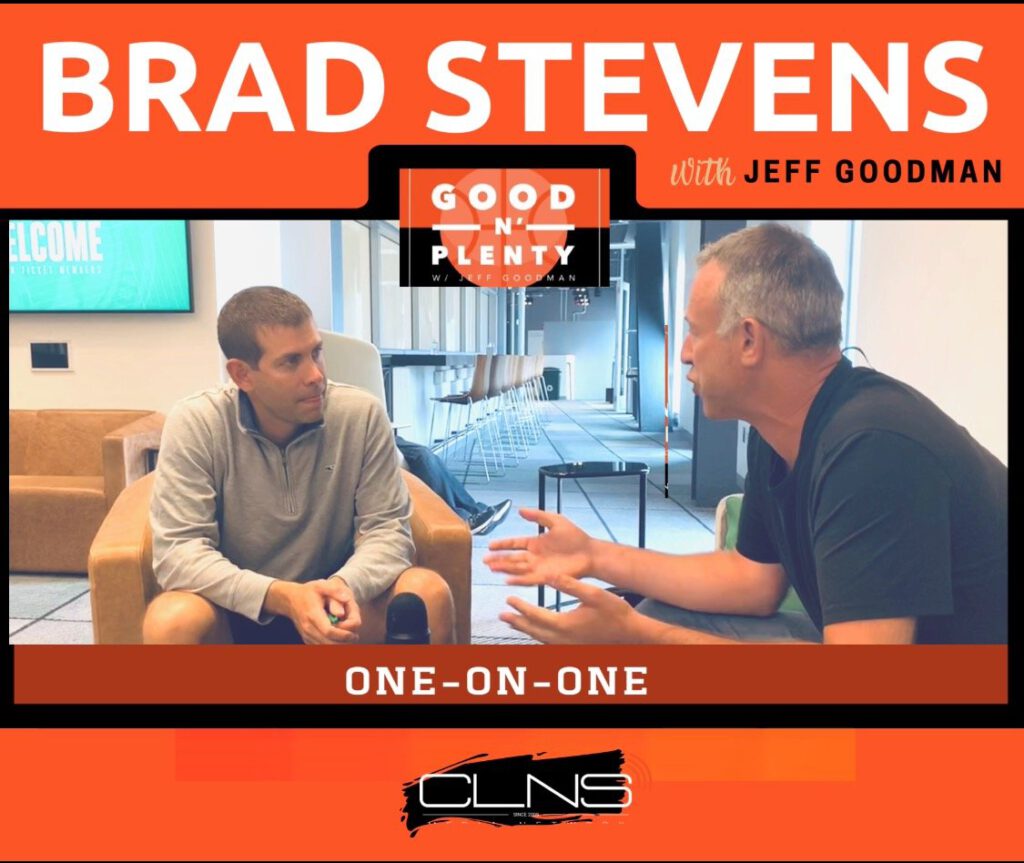 The Celtics may be further from Banner 18 than they were a year ago, but that has not been central in the mind of head coach Brad Stevens this offseason.

Stevens joined Jeff Goodman on the Good N’ Plenty podcast in CLNS Media to talk about the necessary attitude adjustment that needs to happen with the team this year.

“Sometimes I think we get so caught up in that banner thing that we need to take a step back and say that the big purpose here is to make sure that we are doing everything we can to represent ourselves well and our region well and our city well,” Stevens told Goodman. “You feel that here. When you put on a Celtics uniform you feel that pressure, and I think that’s a good pressure.”

While winning a title is the ultimate goal, Stevens says the day to day focus needs to be on being the best team the Celtics can be . and representing the tradition of the franchise.

“If we can be the best we can be every day everything will take care of itself. Then we’ll have a chance to maximize ourselves. And that’s it. That should be it.”

A lot of that comes down to culture. Something last yer’s squad could never really establish despite all its talent. But this season the Celtics have undergone an extreme makeover. Gone are malcontents Kyrie Irving, and Terry Rozier. In their place, the more fun loving, easy going Kemba Walker and Enes Kanter, among others.

“What’s really driven me all summer is,” Stevens said. “Teams that compete with togetherness and unreal effort our fans really appreciate and I just want to make sure that we can be a team that our fans love. That’s what I’ve tried to focus on all summer. Take all the other goals out of it, take all the other stuff out of it. Because we appreciate that responsibility.”