Brad Stevens Has Yo-Yo Celtics Back On A String But Will It Last? 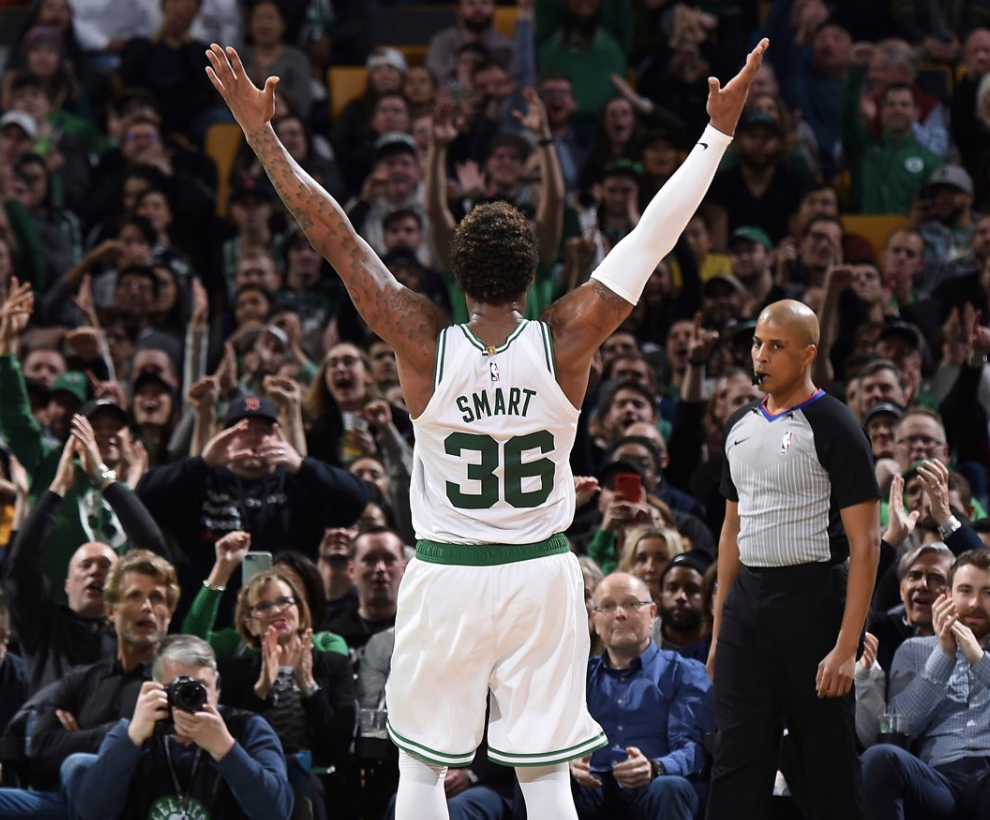 The great basketball historian and philosopher Rasheed Wallace coined that expression to underscore that there are indeed basketball forces that will ultimately reward the deserving and penalize those who cheat the game.

That’s a theme that’s been going around the Celtics for the last week. Actually, it’s been a huge subplot to the story of the 2018-19 hyped-up Celtics.

“We realize that we’ve played pretty well in the last month and a half, although there have been multiple days where it sure hasn’t felt like it,” Brad Stevens said before his team went out and took care of the Detroit Pistons, 118-110 to head to the All-Star break at 37-21. “We played well (Tuesday) in response to two (games) we really don’t feel good about. We want to feel good about ourselves heading in (to All-Star break). It doesn’t mean you’re going to win the game but you’ve got to play with great effort and you’ve got to play together.

“(Tuesday) was a real purposeful game. We played the right way the whole game and we just need to back that up. That’s what we need to do.”

There is so much to take from what the Celtics coach said the day after the Celtics beat Philadelphia in a game that tested much more than Boston’s depth without Kyrie Irving. The Celtics need to prove to themselves they’re capable of playing the game “the right way” for the final 24 games before the playoffs. If the Celtics are going to be the team that Sixers coach Brett Brown insisted after Tuesday’s game might “still be the team to beat” in the East, then they have to prove to themselves they’re worthy of that distinction.

We head into the All-Star break riding back-to-backs wins, after a 118-110 victory vs. the Pistons Wednesday night. https://t.co/lSSiXoDIJ2

The power of Stevens is that he doesn’t panic in moments like last weekend when the team looks like its ready to spiral out of control. He has handled the countless Kyrie Irving dramas flawlessly, giving them their due but not playing them up to be a distraction. And now, that he has the team’s full confidence, he can convince them of what is possible if the consistency is there for the rest of the season.

Sure, it’s easy to daydream about playoff series against Philly, Milwaukee or Toronto. But before the Celtics can entertain thoughts of slaying their fellow beasts in the East, they have to all be on the same page, sustaining a style that carried them in Philadelphia Tuesday and was on display in an uncharacteristically dominant third quarter Wednesday. The Celtics started slow this season at 10-10 after a loss in Dallas on Nov. 24. The Celtics then went 25-9, posting the most wins in the NBA over that 34-game stretch. They were shooting up the Eastern standings before the 2-game LA meltdown.

Ever since Danny Ainge peeked into the press room following a stunning a 129-128 loss to the Lakers on Feb. 7 at TD Garden and uttered the words “you mess with the game…” after watching his team blow a six-point lead to LeBron and Co. in the final 90 seconds.

Stevens has been on that same train of thought.

“I thought the basketball gods rewarded the right team,” Stevens said after Rajon Rondo took advantage of those same basketball gods putting a deflection in his hands before a game-winner at the buzzer. “You know, I just – I hate to say that, but we had a chance to wrap that game up with a rebound.”

But then came the next game 48 hours later. A 28-point lead turned into a 11-point loss to Doc Rivers and the rebuilding Clippers, as the Celtics were booed off their home court by disgusted fans. Marcus Morris tore the team a new one after the game, saying the team wasn’t having fun and intimated the team wasn’t playing the right way. Making matters worse, Kyrie Irving sprained his right knee in the ugly loss and would be out for the final two games before the All-Star break.

With the odds greatly against them, the Celtics went into the belly of the beast in Philadelphia and found a way to come together in Morris’ hometown and come away with a 112-109 win over Joel Embiid and the red-hot Sixers.

The win showed everything the Celtics could be – mentally tough, disciplined and deep enough to compete with the elite teams in the East, even without their best player on a given night.

“Every possession mattered,” Stevens told me. “We just played that way. When we lost those leads last week, we didn’t treat every possession the same way and when things got tough, we splintered, as Marcus (Morris) documented well. When things got tough (in Philadelphia), we stayed together and played the right way. And that’s what you have to do.”

And that’s the most important thing for this Celtics team to keep in mind for the final 24-game playoff tuneup.

“That’s why (Tuesday’s) result was a lot less important than the way that we played,” Stevens said in confirming that assessment.

Make no mistake, another spring without Kyrie Irving means no NBA Finals. Last year, the Celtics caught lightning in a bottle with Terry Rozier playing phenomenal basketball in series wins over the Bucks and Sixers. But the magic finally ran out in Game 7 against Cleveland. The thought that the Celtics are somehow more cohesive and “a better team without Kyrie” is utter nonsense, something Brad Stevens again confirmed after Wednesday’s win over the Pistons.

“No. We need Kyrie to be the best version of ourselves. And we all need to be – we all need to consistently play better as a group,” Stevens said after all five starters scored in double figures, led by a monster double-double from Al Horford. “We’ve done that at times, and we’ve rode Kyrie in a lot of cases, and he’s carried us in a lot of games. And we need everybody at their fullest and there’s no question about it, that he’s – he is – he’s going to be a guy that is going to make a ton of plays for us moving forward. We just need him to get healthy.”

“I feel like coach [Stevens] really challenged us to come out and back up what we did (Tuesday) night and the group responded very well to that,” Al Horford said. “We got a good win here at home.”

Horford has been a lightning rod for the Celtics when things haven’t gone well in his time here. If the Celtics don’t show spark or intensity, Horford for some reason, bears the brunt of the angry masses bleeding green.

But it’s been Horford who’s been an absolute beast when the Celtics are at their toughest. He has single-handedly contained this season’s most dominant big man in Joel Embiid. He had an epic game in Philly (23 points, 8 rebounds, 5 assists, 4 steals) followed up by a monster double-double (17 points, 14 rebounds) against Andre Drummond on Wednesday. There shouldn’t be the need to remind everyone of Boston’s best player in the last two postseasons and what a healthy Horford means but lest you forget, take a look at his box scores against Washington and Atlanta in 2017 and Milwaukee and Philadelphia last year.

The other player that often gets lost in all the Kyrie buzz is Marcus Smart. He remains the heart and soul of this Celtics team. I mean how many players can miss 19 consecutive threes over three games and still come out determined to knock them down from deep. He did Wednesday (draining four straight at one point) and, like the Celtics, carried that momentum with him into the break.

“It is just that it gives us momentum,” Smart said. “We played two really good teams and it came down to the wire and we executed late and we came out with the victory that is something that is going to take us down the line. It is going to build us character when we get in enough situations we will know how to prevail.”

“You know, there was – there was a – a reason to be down on Sunday, there was a reason to be licking your wounds a little bit,” Stevens said after Wednesday’s win. “And then Monday’s practice was good; you felt like we were headed in the right direction. I thought we’d play well yesterday. But that doesn’t mean you’re going to win. And to come out with that one, and back it up with another physical team that had been playing really well, that was fully healthy, I thought this was a real – this was a good two days for this group.

“I thought it showed a lot of good – good character and hopefully we can enjoy the rest. And like I said before the game, ‘It’s a lot easier to enjoy it when you’re that sore if you’ve won a couple games.’ because I’m sure they’re going to be sore. They were cashed at the end.”

The Celtics are an upper-level Eastern Conference playoff contender. To become more than that – much more – they will need to show they’re ready to buy in to what Stevens is selling for the rest of the season.

SHOULD KYRIE REST OR PLAY IN THE NBA ALL-STAR GAME?