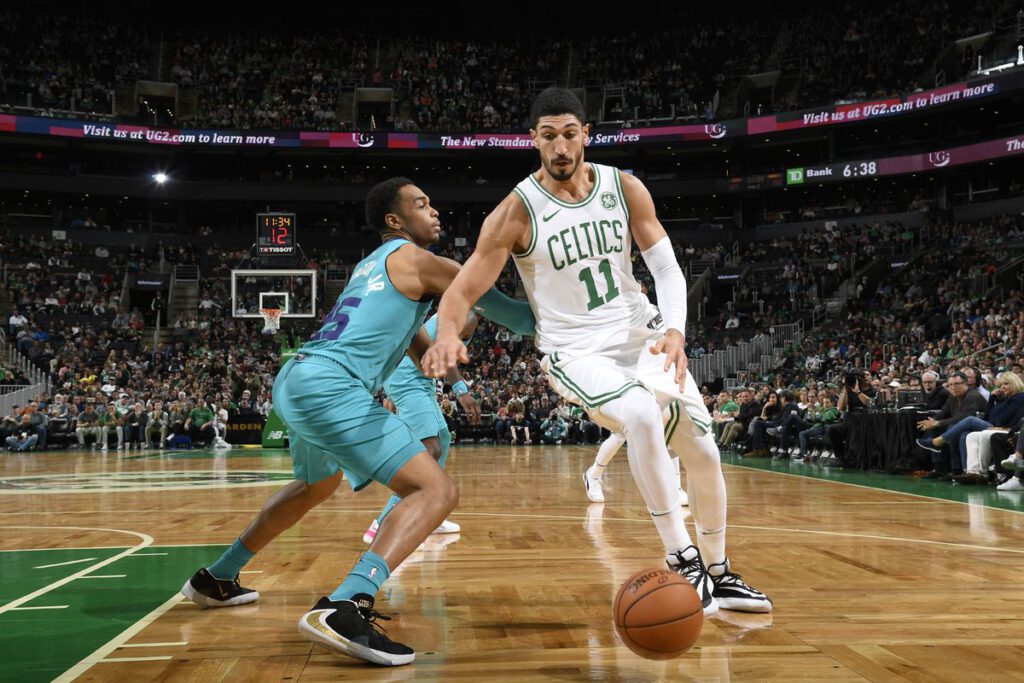 Brad Stevens has a ‘big’ question mark looming over his starting lineup.

It’s one that isn’t going to figure itself out anytime soon but the kind of problem that weeks of preseason basketball can certainly solve as the Celtics approach their second exhibition matchup.

As speculation lingers, Stevens addressed the concerns and where he’s at in regard to which players will have a chance to crack his starting five.

In doing so, the Celtics’ head coach revealed he’s leaning towards keeping veteran center Enes Kanter with the second unit, as we saw Sunday against the Hornets, instead of adding him to the starting lineup.

“He (Kanter) has some things he does really well that I think is just unique so he’s obviously going to play,” Stevens said. “We’re trying to figure out if it’s best with the starting unit or best to bring him off so you can play through him a little more on the block and those type of things, and that’s probably the case if we continue to start all those guys on the wing.

“We’ll see how that goes over the next couple of weeks.”

Sounds like Stevens is keen on keeping the rest of the starters — Kemba Walker, Gordon Hayward, Jayson Tatum, and Jaylen Brown — intact, at least, for now. Kanter struggles to defend the pick-and-roll — a concern many had when Kanter signed with the Celtics — but could thrive as a secondary rebounder and would have an easier time defending opposing bench players.

Therefore, Stevens experimenting with the starting center position Friday will most likely not include Kanter. Robert Williams, who got the nod Sunday night against the Hornets, has been ruled out for Friday’s tuneup against the Magic due to a strained groin he suffered Tuesday morning at practice, so we won’t be seeing him playing alongside Walker and Stevens’ best wing players.

Daniel Theis returned to action Tuesday after sitting out of the preseason opener with a strained adductor and could hear his name called at the starting center spot in Orlando. Stevens discussed Theis’ experience with the Celtics and Theis’ familiarity with what Stevens and his coaching staff want to see from their frontcourt.

“I think Theis, again, having been here, things come so easily to him,” Stevens said. “I think Vincent played as well as anybody the other night and obviously Kanter brings some unique things to the table. When we get Rob back, I’m not worried about Rob having a struggle or two. He’s really pressing to try to play hard, which I think is a good thing.”

Poirier, who played just over five minutes Sunday, made the most of his playing time against the Hornets. He defended the pick-and-roll well and led a defensive stop before checking out.

“Vincent was good,” Stevens said. “He played hard, he was in the right spots defensively. He read our coverages well. When he was in, I felt good about our pick-and-roll defense, which is a big deal.”

But could it be a big enough deal for Stevens to turn to Poirier, even though he only played five minutes Sunday? It’s possible, Tacko Fall is also another viable option — a rookie big man who Celtics fans can’t seem to get enough of and has shown flashes of a future NBA rim protector.

Orlando, a team equipped with a tall and athletic frontcourt that includes Nikola Vucevic, Aaron Gordon, Jonathan Issac, and Mo Bamba — all 6-foot-9 or taller — would be a terrific test for Poirier and Fall. Although preseason starting lineups don’t always determine what we’ll see once the regular season kicks off, it does give the Celtics a window into what a particular player can do against a team’s best group of guys.

On the injury front, rookie Romeo Langford has been cleared to play following his recovery from a groin injury. Also, Gordon Hayward, who suffered an elbow injury Sunday night against the Hornets, says his elbow was sore but is getting better every day. There was swelling but Hayward isn’t planning on getting an MRI.

With Williams out (groin), expect to see an uptick in both Poirier and Fall’s minutes whether they start or not. Stevens should eventually give either, if not, both guys, a taste of starer’s minutes at some point before the end of the preseason schedule. One thing that’s for sure, you can expect Stevens to downplay the importance of solving his dilemma at the center spot, while the rest of us ramp up the hype with a close eye on every play call, lineup change, or any decision that’s made between now and the Opening Night.

“I don’t think it’s going to be very complex,” Stevens said. “Whoever does their job most consistently and makes those guys around him better will probably play the majority of those minutes.”