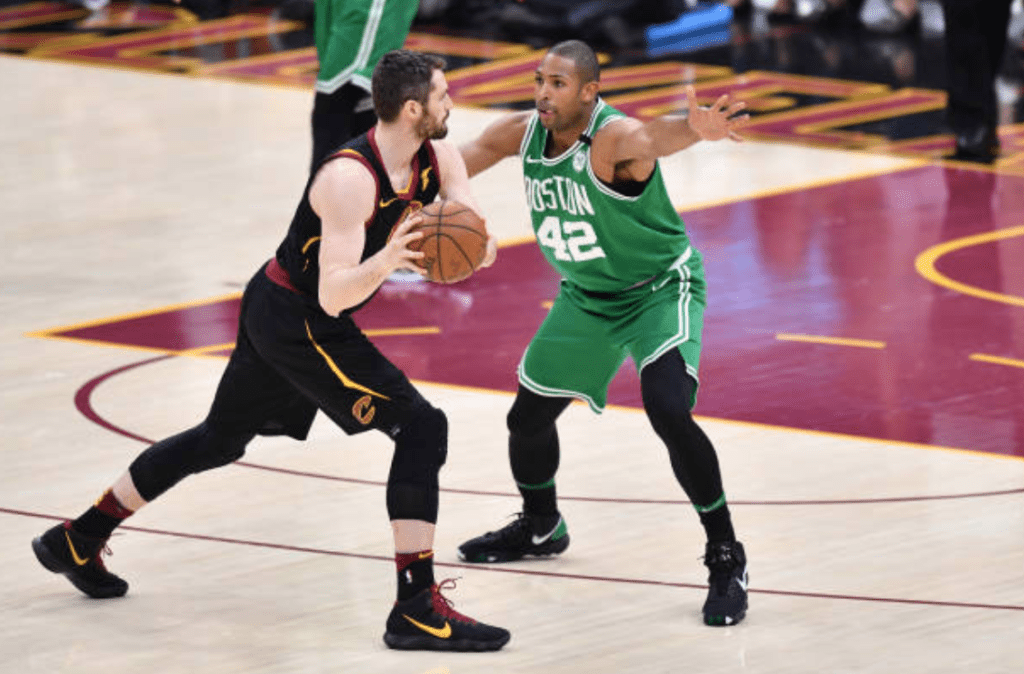 BOSTON — There’s a certain amount of irony associated with personal and individual honors announced during the NBA playoffs. And this irony isn’t lost on Celtics coach Brad Stevens.

Just two hours before a pivotal Game 5 against Cleveland at TD Garden Stevens was asked his reaction to Al Horford’s selection as second team NBA All-Defense for the first time in his 11-year NBA career. Marcus Smart, considered by many the most intense defender on the team, was snubbed by the selection process.

“My reaction is I think those guys are motivated by team success, and I think their team success, that their impact on team success and our defense speaks for itself,” Stevens said. “So I don’t think they’re going to lose sleep over an award or not. To me they’re easily both All-Defensive players. I thought [Aron] Baynes has an All-Defensive year, as well. I realize you can’t take multiple people from one team. Maybe that’s the deal. But those guys all, along with our young guys, everybody was really committed on that end of the floor all year, and it was led by those three guys.”

Horford served as the backbone for a Celtics team that led the NBA in defensive rating at 101.5 points allowed per 100 possessions. In 72 games this season, he compiled averages of 12.9 points, 7.4 rebounds, 4.7 assists and 1.08 blocked shots.

What, in Stevens’ mind, makes Horford such a good defender?

“Just awareness, his awareness is elite,” Stevens said. “He knows every action in the league that anybody would possibly run. He understands when it’s the right time to give help, when it’s not. You know, just watch like — just simple things like when he and Baynes are back in transition, they’re back at the nail or the top of the key, and they are in a stance like this and taking up so much space, and just that idea of making the floor appear crowded to start a possession is enormous.

“And then being able to basically anchor and communicate our defense through the action while still usually guarding the best forward on the other team, I mean, it’s really hard. This year I think he took even more steps because last year we didn’t try him on Giannis [Antetokounmpo]. We didn’t try him on guys like Ben Simmons. This year those have been his matchups every other night because the league continues to get, quote, smaller, but just faster and more skilled at the 4. And now he’s got — so you go through the Playoffs and you have to guard Giannis, Ben Simmons, Kevin Love. I mean, that’s a monster. But there’s a reason why he’s All-Defensive team.”

Named an All-Star for the fifth time in his career in 2017-18, Horford is the first Celtics player to earn All-Defensive honors since Avery Bradley was named to the First Team in 2015-16. Placed on the Second Team as a forward, he’s the first Celtics player to receive such recognition at the forward or center positions since Kevin Garnett in 2011-12.