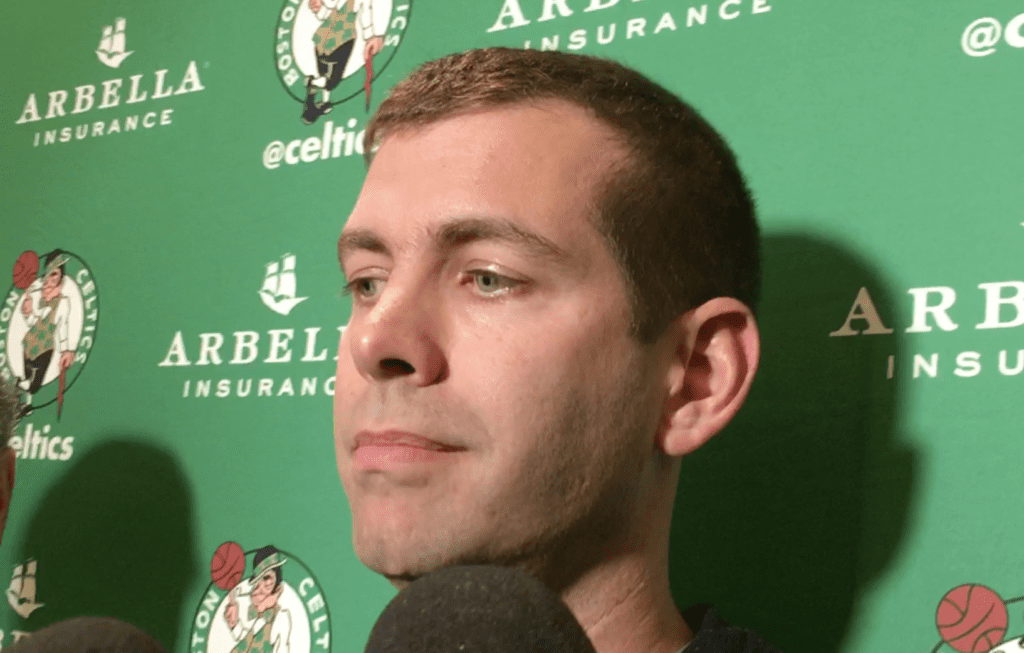 BOSTON — The always measured Brad Stevens knew EXACTLY what to expect Tuesday night in Game 1 of 82 at TD Garden.

“Everybody’s going to jacked up and amped up about the game,” Stevens predicted before the opener. “Do your job well. That’s one of the tasks that great teams are able to do. So, we’ll try to focus on that. There will be a lot of energy. There will probably be some missed opportunities early because of that. But, which ever team settles into that sooner rather than later will be in good shape.”

With all of the pomp, circumstance and light shows before tipoff, Stevens hinted at the advice he shared with his team.

“We’re all excited to start a new year,” Stevens said. “My job is to coach the team. I try to prepare the best I can. Sometimes it’s a dud, sometimes it’s helpful. But at the end of the day (and) the longer you’re in it, you try to do your job as well as you can to be ready. We know it’s Game 1. We know what the environment is going to be like. We also know we’ve got a long season ahead of us.”

I wondered aloud to Stevens if this same approach goes for the head coach also.

“You don’t think I’m amped up?” Stevens replied with a smile.

His advice to Gordon Hayward was the same he gave to others like Kyrie Irving who also were taking the court for the first time.

“Do your job on the first possession. Let everything else take care of itself,” Stevens said.

“If you play anything less than your best, energy-wise defensively, you get sliced up. That’s every night in the NBA. Certainly, these guys were one of the best offenses in the league. You don’t play hard, you’re toast. One of the things we have to do every night is take pride in giving that everything we got. With our depth, there’s no excuse not to.”