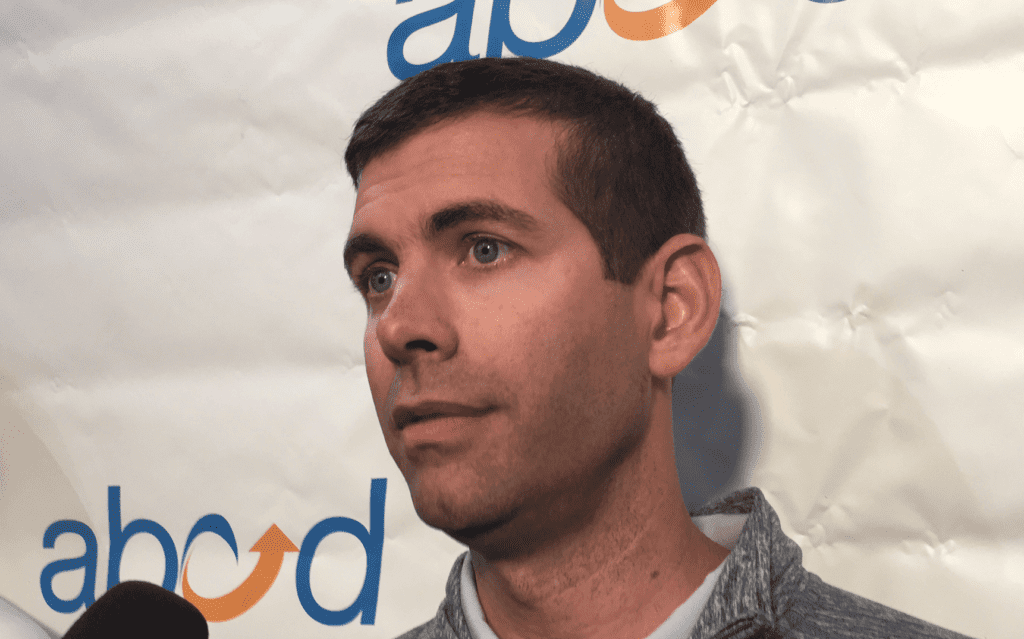 BOSTON — Before Tuesday night’s ABCD Boston community fundraiser, Brad Stevens hadn’t stepped foot in TD Garden since his team went ice cold in the second half of Game 7 against LeBron James and the Cavaliers and fell, 87-79, in the Eastern Conference Finals.

A lot has transpired since that Sunday night before Memorial Day. LeBron has taken his game to Hollywood. Marcus Smart re-upped in Boston for four years and $52 million. Aron Baynes agreed to come back for two years and $11 million. Danny Ainge proclaimed Kyrie Irving and Gordon Hayward on schedule for training camp and the preseason.

And just about every prognosticator has the Celtics marching inevitably toward a showdown with the Warriors next June in the NBA finals.

There’s reason, of course, for the skyrocketing futures. The Celtics came within an incredibly cold-shooting second half by nearly off of his roster in Game 7 of reaching the final round without Kyrie Irving and Gordon Hayward. They have Jayson Tatum and Jaylen Brown to complement Al Horford, Smart, Marcus Morris and Aron Baynes. And Terry Rozier remains on the roster as the Kyrie insurance policy – for now. Add two All-Stars and the Celtics are the clear favorite to return to the Finals for the first time in nine years.

Stevens is handling these expectations exactly as you would expect from the calm, cool and extraordinarily calculating coach.

“We have to go back and earn all that with our work all the way through.

Then he offered an important qualifier.

“One thing that I will say is you’d rather be in the position of having expectations and having everybody back because that means the guys in the locker room are the ones that earned them. And having earned expectations is a positive thing.”

No one drops a carrot in front of the racing rabbit quite like Stevens. His message is clear – just about everyone on this current Celtics team has earned the right to be called favorites. Now, go out and prove it’s worth something.

There is someone else keenly aware of setting and reaching lofty expectations in Boston. Doc Rivers, who hosted the ABCD Boston community fundraiser Tuesday, coached an intensely-competitive group to the Finals in 2008 and 2010, claiming Banner 17 in ’08 and coming within 12 minutes of another two years later.

“If I had one game to win for my life, I’m taking that 2008 group and we’re going to war,” Rivers said of his favorite group.

What does Rivers, entering his sixth season as Clippers head coach, think of the lofty expectations for this Celtics group?

“You can have all the talent you want but you can’t win if you don’t get along on the court,” Rivers told me. “You know how you can tell if a team gets along on the court? The way it plays defense. The Celtics play hard defense.”

Several times Doc mentioned the word “sacrifice” when asked about the defining qualities of a champion . It’s what made Kevin Garnett work so well with Paul Pierce, Rajon Rondo and Ray Allen. It’s what made the bench pieces work so well together on defense, pieces like Tony Allen, P.J. Brown, James Posey and even Big Baby.

That’s what everyone wants to see – and assumes will be the case – from the likes of Rozier and Smart. If so, Stevens and the Celtics will have an early jump on proving all the experts right. And that will make every Celtics fan ecstatic.

Would you trade Jaylen Brown for Kevin Durant?