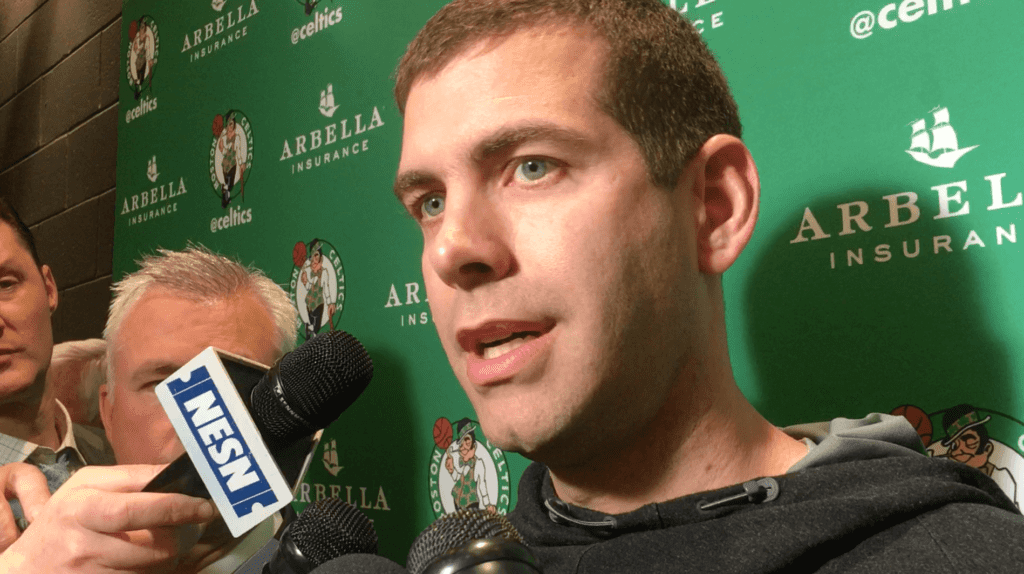 BOSTON — The Celtics have fought adversity all season long and Brad Stevens knows now is not the time to stop the fight.

The Celtics coach spoke Friday for the first time since it was announced that Kyrie Irving would have surgery on his left knee Saturday to remove a pair of screws and address bacterial infection from his 2015 NBA Finals injury.

Irving played through knee soreness for the better part of the season but Stevens thought all along the Celtics and Irving could manage it.

“There was no reason to expect that the knee was going to be an issue (early this season),” Stevens said. “He had played with it for two and a half years. As far as structurally sound, and health of his knee from the surgery three years ago, it was really good.

“Everyone has told us from the get go that it was going to be a full recovery,” Stevens said of Saturday’s planned surgery to address the infection around the screws.

Then Irving had a tension wire removed in mid-March and the hope what Irving might be back if the Celtics made the second round.

“The thought was that he would be back within three to six weeks,” Stevens said. “We thought it would be closer to three to six (weeks) the way he was initially progressing and everything else. But it’s just one of those things that’s out of his control. I’m not (a doctor) but I feel like one right now. It’s just one of those things. It’s out of his control. But he’s bummed, as you can imagine.

And so too are are Irving’s teammates on the brink of heading to the playoffs as the No. 2 seed.

“I feel for the guys,” Stevens said. “I believe in the guys in our locker room. I think they believe in themselves. That’s the most important thing.”

All might not be totally lost, especially if you ask other coaches in the league who have watched what Stevens has done through incredible injury hardship this season.

“It’s still a team I think has a chance to do some special things, but you’ve got to give Brad a lot of credit for everything that he’s done through the adversity this team has faced,” Bulls coach Fred Hoiberg said before taking on Boston Friday night at TD Garden.

“We’ve got a tough group of guys in there,” Stevens said. “They are going to give it everything they have. The expectation is that we’ll play better offense, and soar with our strengths, before than we did (Wednesday in a 96-78 loss in Toronto).

Stevens added Friday he would like to get together the Celtics team that will actually be able to play into the playoffs for at least one, and possibly two, games before the playoffs begin next weekend.

The outlook for another Celtics player wasn’t so promising either. Asked about the prospects for Marcus Smart and the torn ligament in his right thumb, Stevens said he wouldn’t expect him back anytime soon.

“Marcus won’t be back for the foreseeable near future,” Stevens said. “We haven’t planned on Marcus being available in the first couple weeks of the playoffs the whole time. Six to eight weeks from surgery was resuming basketball activities, not playing games. Expect will have to go weeks into the playoffs without him.”