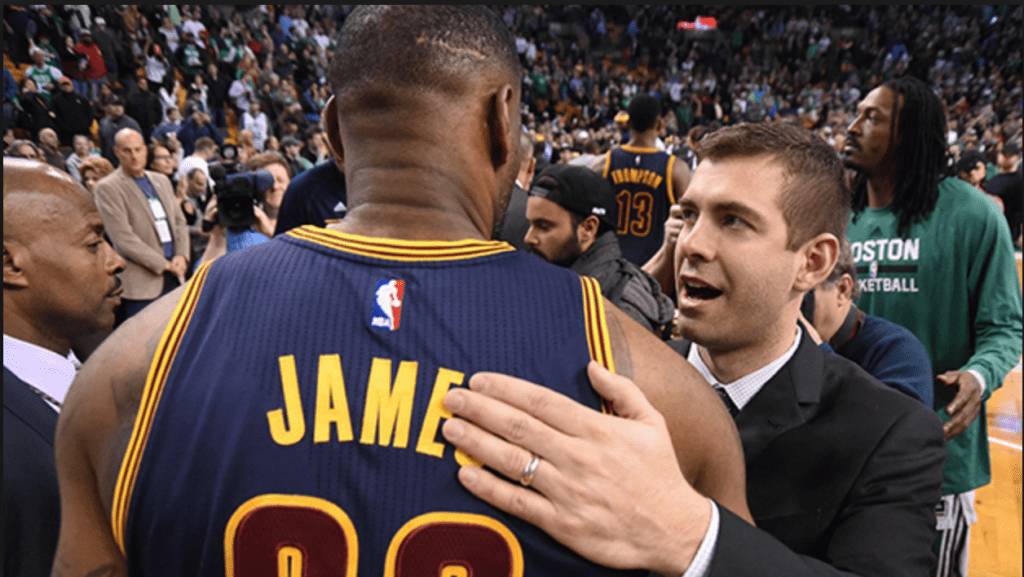 BRAD ON CAVS AND LEBRON: “What a great opportunity” for young #Celtics LeBron “is the engine” but not everything pic.twitter.com/5YrelXBD5q

BOSTON — To be the best, Brad Stevens wants nothing more than for his young Celtics to beat the best. The head coach made that much clear Sunday two hours before tip off with LeBron James and the Cavaliers in Game 1 of the Eastern finals.

In 2015, the Celtics were swept in four games by the Cavaliers in the first round of the playoffs, as Stevens made his maiden voyage into the NBA playoffs as a head coach.

Last year, the Celtics advanced to the Eastern finals but were overwhelmed by James and Kyrie Irving, losing Game 2 on their home court by 44 points. In Game 5, they were eliminated, 135-102.

Now, a third try in four years is before Stevens’ Celtics.

“It’s great. I mean, like at the end of the day, we’d rather be playing and him be in our path, right? I mean, we get a chance to compete against the best player of this generation, and that is pretty special,” Stevens said. “And our guys look forward to it. But we can’t be focused on LeBron versus the Celtics. It’s the Cavs versus the Celtics, and the last series proves, those guys averaged 84 points a game last series, the rest of the team, and Love is playing great, Korver is playing great, [JR] Smith got it rolling, Hill we talked about.

“You go down the list. And oh, by the way, the best player is setting them up, and so it’s such a — again, it’s not Celtics versus him, it’s Celtics versus them, and he’s obviously the engine to it, but yeah, what a great opportunity, especially with our guys. It’s like — it’s something that we should only be looking forward to.”