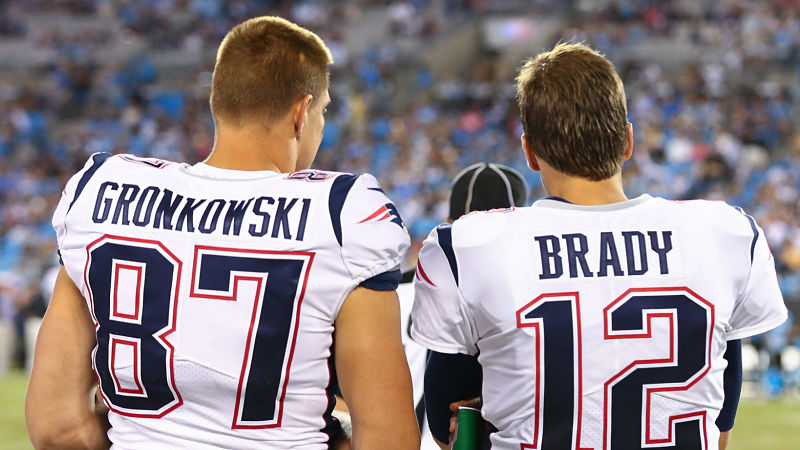 The Patriots are trading Gronk and a seventh-round pick to the Buccaneers for a fourth-round pick in the 2020 draft, reuniting the two former Pats stars, barring a physical for the tight end.

New England lacked leverage in a deal for Gronkowski, who would’ve counted $12 million against New England’s tight cap situation if he filed papers to unretire while still a member of the Patriots. Still, a free fourth-round pick is some consolation.

Gronk is currently under contract for one more season at $10 million but didn’t count against New England’s 2020 salary cap because of his retired status, meaning there’s no cap savings by trading him to the Bucs.

The Patriots will still have 12 selections in this weekend’s NFL Draft, and it’s unclear whether they’ll receive the higher of Tampa’s two fourth-round choices.

After his final season with the Patriots in 2019, Gronk took a break from football, but two things were clear: he no longer wanted to play for the Patriots and only wanted to catch passes from Brady.

With Brady moving on to Tampa, it presented an opportunity for Gronkowski to continue his football career outside of New England with the 43-year-old Brady still as his quarterback.

Over the last month or so, Gronk began working himself back into football shape, and told the Andy Cohen show on Monday night that he’s not “totally done” playing football.

Most assumed it was another empty tease by Gronkowski, who has left the door open for a return as a marketing tactic since announcing his retirement from football last March.

But now Gronkowski is back catching passes from Tom Brady as a Tampa Bay Buccaneer.