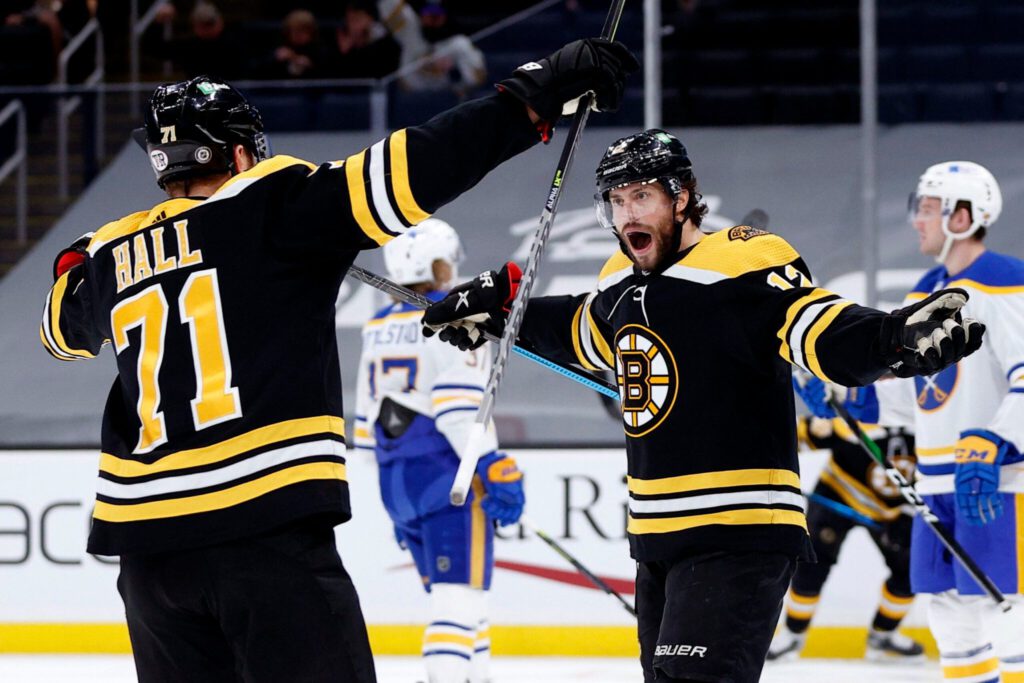 The Boston Bruins and Washington Capitals hit the TD Garden ice for the first time in this series on Wednesday night. Before the game, the Capitals deemed Lars Eller and Craig Anderson out for Game 3. The Capitals instead went with Ilya Samsonov in net. Evgeny Kuznetsov also returned from Covid-19 protocol and played his first game of this series. The Bruins did not make any major changes within their lineup for Game 3.

The first period was a bit uneasy due to both the Bruins and Capitals having three penalties each. The Bruins had one scoring chance in the first twenty minutes of play compared to the Capitals two. Regardless of the lack of 5v5 play and scoring, there were plenty of post-whistle scrums and physical altercations to keep the fans engaged throughout the first.

Going into the second, Alex Ovechkin netted the first goal of the game 8:21 into the period on the power-play off of Brad Marchand’s unsportsmanlike conduct penalty. Just 56 seconds later, Taylor Hall caught a puck out front from Craig Smith and did a gorgeous backhand to forehand move to roof the tying goal. Later in the period, with 1:45 left on the clock, David Pastrnak had a tough, high-zone turnover to Garnet Hathaway. Hathaway then ripped one on net and Nick Dowd was there to tip it to the back of the cage to put the Capitals up 2-1 late in the second.

The Bruins trailed one goal heading into the third. Deeper into the period, Nic Dowd took a bad high-sticking penalty on Charlie McAvoy with nine minutes left. Brad Marchand and the Bruins’ first power-play unit knew they had to pounce on the opportunity presented to them. After a series of smart puck movements in the offensive zone for the Bruins, Brad Marchand batted a puck out of the air to tie the game up, 2-2. Neither team could grab another before the horn sounded and just like Games 1 and 2, Game 3 went to overtime.

In double overtime, Craig Smith caught Samsonov lacking 5:48 into the period and finished the game with a quick wrap-around goal. The Bruins took a 2-1 lead in the series, winning Game 3, 3-2.

In the first, Garnet Hathaway sent Charlie McAvoy into the middle of the benches. Tom Wilson had a few words during the sequence.

Garnet Hathaway with a big hit on Charlie McAvoy. Tom Wilson has a few words from the bench. pic.twitter.com/RXxOIWRC8K

8:21 into the second, Ovechkin grabbed the first of the game on the power play created by Marchand’s unsportsmanlike penalty. Anthony Mantha’s hard forecheck set himself up to feed Ovechkin for a net-front tap-in.

Ovechkin grabs the first of the game on the power play to put the Capitals on top.#NHLBruins 0#ALLCAPS 1 pic.twitter.com/ClcP2DAdYf

Just 56 seconds later, Hall was blessed in the net-front by Craig Smith and did an incredible backhand to forehand pivot to roof the equalizer.

Hall roofs one to tie it up! #NHLBruins 1#ALLCAPS 1 pic.twitter.com/uv4gPiawHK

Deeper into the second, with 1:45 left on the board, Nic Dowd tipped Hathaway’s shot past Tuukka Rask to give the Capitals the lead going into the third.

Dowd tips one to the back of the cage to give the Capitals the lead.#NHLBruins 1#ALLCAPS 2 pic.twitter.com/GOWaIY30Ph

Early in the third, Nick Ritchie sent Justin Schultz into the Bruins bench.

Nick Ritchie with a big hit on Justin Schultz: pic.twitter.com/EtGiD1gZ3x

Later in the third, Dowd high-sticked McAvoy far behind the play. The Bruins went to the power play.

On that power-play, Boston capitalized when they needed to. Marchand batted the puck out of the air to the back of the cage to tie it up with 8:28 left in the third.

Marchand bats one out of the air to tie it up!#NHLBruins 2#ALLCAPS 2 pic.twitter.com/oQfHljdkHv

In the first overtime, there were plenty of big hits going around from both sides. One being Hathaway table-topping Marchand in the high slot.

Shortly after, Hathaway went to hit Marchand again and Marchand gave him a taste of his own medicine.

In double overtime, Smith finished this game off with a beautiful, quick wrap-around goal. He also went with the Super Man celebration after that one.

Craig Smith wins it with a wrap around to give the Bruins a 2-1 lead in the series!#NHLBruins 3#ALLCAPS 2 pic.twitter.com/AhlOQDbVYI