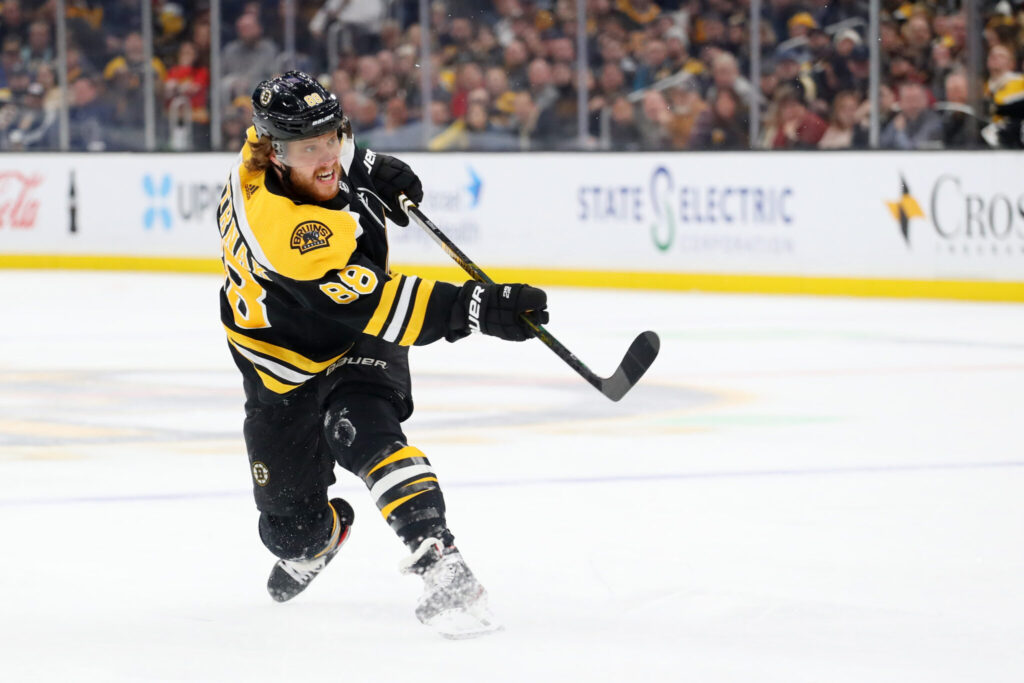 The Boston Bruins and Washington Capitals hit the ice for Game 4 of their series at TD Garden on Friday night. Both teams went into the game with their strongest lineups.

The Bruins came out flying in the first, regardless of the two penalties they took in the first six minutes. Their penalty kill put out the maximum effort and killed a too many men penalty and Charlie Coyle’s tripping minor. After 10 minutes of play, the Capitals led the scoring chances category 2-1. Going into the back end of the first, the Bruins found their legs and when the horn sounded after 20 minutes of play, the Bruins led in scoring chances (10-2) and high danger scoring chances (4-1). It was a strong first period in Game 4 for the Bruins, despite not scoring a goal.

In the second, there was a stoppage at 13:57 because of Samsonov shaking off a kick from Taylor Hall. Before that, the play was back and forth and both sides had two scoring chances each. Moments after Samsonov returned to the cage, Dmitry Orlov laid a high hit on Kevan Miller with 12:33 left on the clock put the Bruins on a power-play. Miller remained out for the rest of the game and was sent to the hospital for tests. Just 33 seconds later at 12:00, Brad Marchand and his power-play unit capitalized on Orlov’s big mistake and put Boston up 1-0. In the back end of the second, the Bruins had back-to-back penalties and their penalty kill saved the day, yet again. In the remaining 15 seconds of this period, Anthony Mantha got an interference penalty.

Going into the final 20 minutes, where the Bruins started the period on a 1:45 power-play, Pastrnak netted his second of the game and just 34 seconds later, Coyle tapped in a bouncing puck to give the Bruins a 3-0 lead with 18:57 left in the third. Then with 15:06 left in the third, on the Capitals power-play, Ovechkin’s top of the circle shot was deflected into the net to put Washington within two of the Bruins. As time dwindled in the third, scoring chances were exchanged on both sides and physical altercations continued to occur. With 6:29 left in the third, Anthony Mantha ran into Tuukka Rask and gave the Bruins their fifth power-play opportunity. Matt Grzelcyk was able to find the back of the net 1:19 into that power-play to put the Bruins up three goals. The horn sounded and the Bruins took a 3-1 lead in the series, winning Game 4, 4-1.

With 12:33 left in the second, Orlov sent the Bruins to the power-play by hitting Kevan Miller in a dirty fashion.

With 12:00 left in the second, on the power-play granted from Orlov, Marchand netted the first goal of the game off of Pastrnak’s shot.

29 seconds into the start of the third, the Bruins capitalized on another power-play chance. Pastrnak let one fly to the back of the cage. He was well overdue.

Thirty four seconds after Pastrnak’s second goal, Coyle crashed the net after Jake DeBrusk’s breakaway chance and gave the Bruins a three-goal lead with 18:57 left on the clock in the third.

With 18:05 left in the third, Ovechkin laid the body on Brad Marchand.

Alex Ovechkin with a massive hit on Brad Marchand: pic.twitter.com/T4wFViXQei

Then with 15:06 left in the third, Ovechkin netted a funky goal to put the Capitals within two of the Bruins. His stick broke and it deflected off of Brandon Carlo…

Ovechkin deflects one off of Carlo’s stick to grab the Capitals first of the night.#NHLBruins 3#ALLCAPS 1 pic.twitter.com/bBXfNWLYWj

As these games get crispier and more intense, it is easy to see the hatred developing within these teams.

With 6:29 left in the third, Anthony Mantha ran into Tuukka Rask and gave the Bruins their fifth power-play. Matt Grzelcyk netted one here.

The Bruins and Capitals will play Game 5 on Sunday at 7 p.m. ET, back at Capital One Arena.