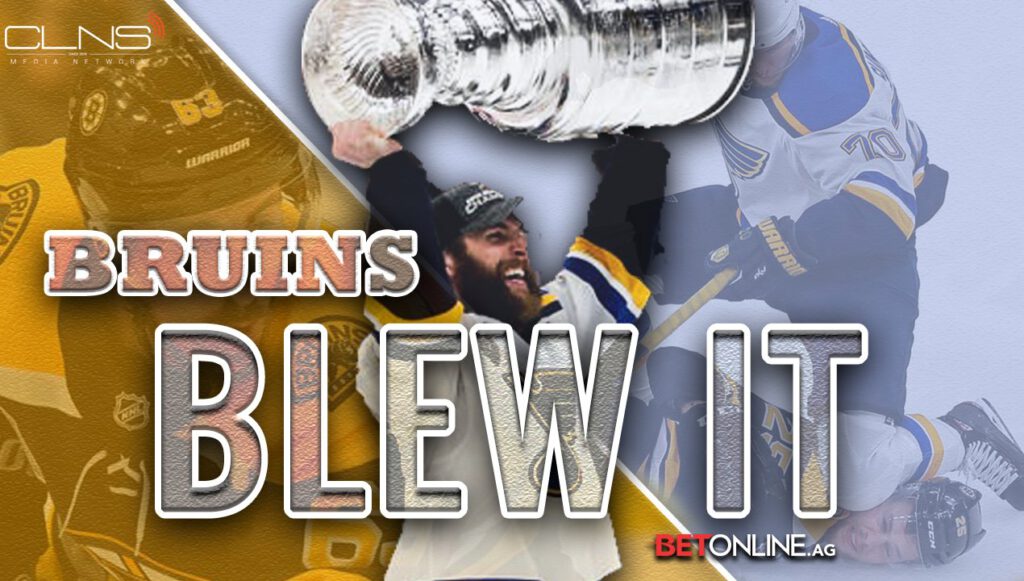 BOSTON — It wasn’t supposed to end this way. And by all rights, it should never have even come close to ending this way.

Of all the Game 7 losses in Boston sports history, Wednesday’s 4-1 defeat on TD Garden ice that allowed the Blues to skate with the Stanley Cup, ranks right at the top of the list for most devastating.

Wednesday was the first Game 7 home loss in a Boston title game since Pete Rose and the Cincinnati Reds walked out of Fenway Park with a 4-3 win in the 1975 World Series. Game 7 at Shea Stadium in 1986 was bad but Game 6 was much worse. Boston has lost its share of Game Sevens before but this one, the first ever for the Bruins in a Cup Final game on home ice, felt horrific.

And the Bruins dressing room afterward was funereal. Zdeno Chara and Brad Marchand were in tears. Marchand and David Krejci called it – by far – the worst loss of their careers.

“It was a nightmare for me, obviously,” Rask told me. “You know (I) barely didn’t make a save in the first. And you know we tried to create, we had good chances, and you know he made the saves when they needed and that’s what you want to do when you’re on the road.”

The Bruins had a Conn Smythe winner-in-waiting in Tuukka Rask. They had two future Hall of Famers in Patrice Bergeron and Zdeno Chara suiting up. They had two others in David Krejci and Brad Marchand who also won a Stanley Cup in a Game 7 eight years earlier.

The Blues had one player with Stanley Cup Final experience in David Perron (2018 with Vegas). There was all the pre-game buzz with Julian Edelman and Aly Raisman serving as the final banner captain of the playoff run. Tom Brady couldn’t make it.

There was no way a rookie goaltender was going to come into Boston in a Game 7 and outshine of the best goalies in hockey on the sport’s biggest stage in a winner-take-all contest. No way.

But then the officials dropped the puck and the Bruins learned quickly that what should be doesn’t always mesh with reality.

The Blues gave the Bruins no fewer than five giveaways in Boston’s offensive zone in the opening 15 minutes. The Bruins either fanned or couldn’t beat Jordan Binnington. The Bruins had 12 shots on Binnington in the first 20 minutes, including point-blank chances from Marcus Johansson, Joakim Nordstrom and Brad Marchand and Patrice Bergeron on the game’s only power play.

The Bruins came up snake eyes. Meanwhile, Irish eyes were smiling on Conn Smythe winner Ryan O’Reilly as his shot found its way through Tuukka Rask’s five-hole on a drive from Jay Bouwmeester with 3:13 left in the first. Suddenly, the buzz of anticipation died down and the nervousness began to build. Then Marchand asked for a line change with 15 seconds to go in the first period. One problem, he left Jaden Schwartz all alone to skate into the Bruins zone with a head of steam from center ice. Following him was Blues captain Alex Pietrangelo. He took the puck from Schwartz and beat Rask with 7.8 seconds left in the period and it was 2-0.

For all intents and purposes, Game 7 ended there and the Bruins hopes for a Cup on home ice died.

“Yeah, I thought that guy was by himself, so obviously he wasn’t,” Marchand said, who added he wasn’t about to lay any blame at the feet of Rask. “I mean, for him to be as good as he was, that’s the reason we’re here. He was incredible every night, gave us every opportunity to win. He’s the best goalie in the league. He showed that in the playoffs, and he did a hell of a job, and he did his part.”

Marchand, fighting off tears, put it in perspective the best he could.

“I’ll never get over this. I’m not over ’13 yet,” Marchand added, referring to the Game 6 meltdown to the Blackhawks. “This hurts more than that. It’s not something you ever forget.”

Nor will any Bruins fan who invested emotional energy Wednesday night.

That’s the devastating part of all of this. This Bruins team was one game away from putting themselves in the pantheon of great Boston champions and completing a triple crown that began with the Red Sox last October and continued with the Patriots in Atlanta in February.

“I don’t think anything is going to make us feel better right now,” Rask told me. “There are no words needed so kind of – a few days and try to get some clarity, make yourself feel better. You know you lose as a team and win as a team. It sucks for all of us. That’s all there is.”

“He was our MVP, for sure,” Krejci said of Rask. “There’s nothing I can say. He was the MVP, he was the best player, he kept us in the game so many times. You know, he deserved it. We all did. Just today, it wasn’t our night. Too bad it was the most important day of our lives, and we’re going to remember this one.”

All that will be remembered now is Boston’s meltdown on the greatest stage in the sport. This was worse than 2013. The Bruins lost to a great Blackhawks team in a Game 6 that would’ve forced Game 7 back in Chicago. The Bruins were the superior team in this series with the superior goalie and it all fell apart at the worst time.

That’s why the Bruins were in tears Wednesday. And the nightmares are likely going to stay with them for most of the summer.