Bruins Buzz: All-in On Kovalchuk; Not Having 1st Round Pick “Painful” 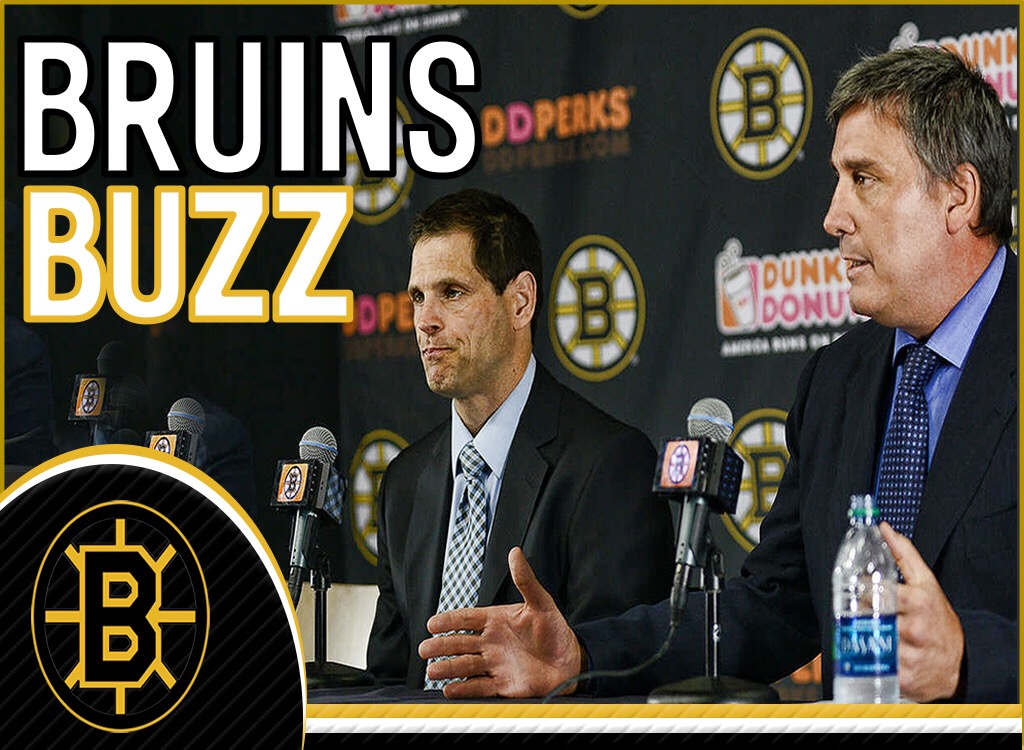 We continue to chug along tracking the latest “Bruins Buzz” heading into the NHL Draft and Free Agency.

Tonight is the NHL Entry Draft. As things stand now, the Bruins don’t have a first round pick and will not make a selection until the 57th pick in the second round. Still nothing on the trade or free agent front but plenty of buzz so let’s get to it.

BRUINS ALL IN ON KOVALCHUK

A player that the Bruins have been heavily linked to is former NHL All-Star Ilya Kovalchuk and according to Hockey Insider Pierre LeBrun the Bruins are a top 4 contender and slate to meet with Kovalchuk today.

Expectation is that J.P. Barry, agent for Ilya Kovalchuk, will meet with the top four contenders for the UFA's services today _ Boston, L.A., SJ and Vegas _ to advance proceedings along.

Speaking to the media at the pre-draft availability Bruins General Manager Don Sweeney made it sound like the B’s have a legitimate shot to get a deal done.

“We feel we’re a team he has strong interest in, and we’re going to see where it goes between now and however long it takes to make a decision,” said Sweeney to the media. “I think we’re in a position to certainly explore that, and he fills a need. I know Bruce [Cassidy] spoke about it at length…we did talk very specifically about our roster with him and where we see him fitting in and what he brings to the table, so we would be excited to continue to explore.”

“That would be interesting. You never want to speculate, but he would be a nice fit. A top-six guy. He can score. He’s a big body. It would be a nice addition. He’s going to make your team better. And he would sure make us better,” Cassidy said.

NO TRADES CLOSE ON KREJCI, KRUG AND BACKES

As of late, there have been a lot of rumblings and rumors surrounding David Krejci, Torey Krug, and David Backes. But, Bruins Insider Jimmy Murphy reported late yesterday that none of the three are close to being traded.

NHL source tells me right now that there are no trades close on #NHLBruins forwards #DavidKrejci #DavidBackes, Defenseman #ToreyKrug and goalie #TuukkaRask. "All chatter at this point, but Boston definitely looking to do something!" -source

Trades involving those four players aren’t close but also there’s no rush to get these deals done as the Bruins are not in dire need of a first round pick. The Bruins are desperate to shed some salary to hopefully add a top pairing left side defenseman.

SWEENEY EXPERIENCING ‘BUYERS REMORSE’ WITH NO FIRST ROUND PICK

The Bruins don’t have a first round pick as of right now becayse if the Rick Nash trade. So unless they make a deal their first pick won’t be until Saturday’s second round, 57th overall.

Sweeney has said that he’d like to move into the first round but acknowledged the closer you get to the draft the harder that becomes.

“This is buyer’s remorse right now in terms of where we sit,” said Sweeney. “Not having a first-round pick and walking in there [Friday] night is painful. You know, I’ve spent a lot of time with our amateur scouts in the last two days that we’ve been here and really tightening up the list right from top to bottom, and you feel badly.

“These guys have covered a lot of ground, and I mentioned that at the deadline, and we took a swing. I don’t feel bad for taking a swing given where our team was.”

Sweeney went on to say that he has confidence in his staff finding quality talent later in the draft.

Click here to read a full recap of the draft and who the Bruins will pick.