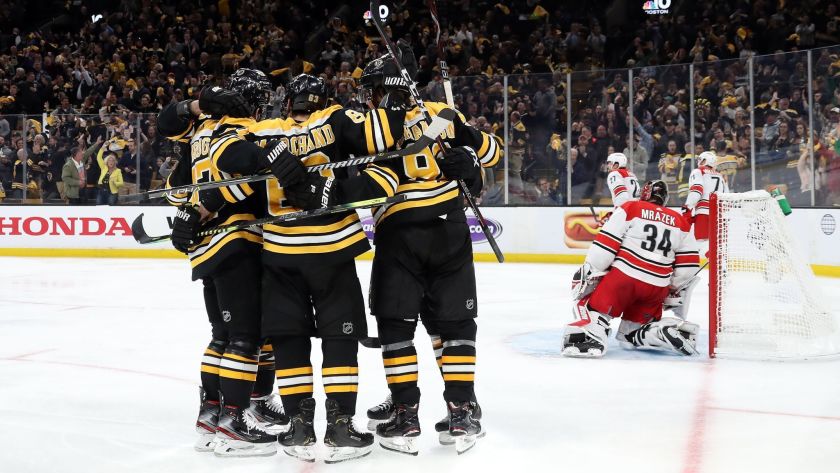 No matter the format, it was never going to be perfect. There was just no way the NHL was going to craft a return-to-play plan that every team would look at and smile ear to ear. You can’t possibly please 24 different teams to perfection or even satisfaction.

The Bruins were the best team in hockey at the time of the pause. The Flyers were rolling. The Rangers were starting to get hot, the Penguins were not. The Canadiens and Blackhawks don’t even really deserve to have a ticket to participate. But it’s Montreal and Chicago — revenue, baby. That’s life.

So, when I see complaints about the Bruins getting screwed from those with a Spoked-B on their collared shirt or in their profile picture, I don’t quite understand. First off, let’s agree to be happy hockey is coming back at all. The NHL is the first of the four major sports leagues in the United States to present an actual plan to return. The NBA feels the closest of the other three, MLB is burning to the ground and the NFL will do what it pleases. NHL teams and their players were willing to make sacrifices.

What’s the main reason you should be fine with the Bruins in this new, 24-team format? Allow me to answer with another question: do you remember last spring?

Sure, the Bruins lost at home in game 7 of the Stanley Cup Final. But getting there wasn’t nearly as difficult as it could’ve been. After the nail-biting, annual, first-round win over the Maple Leafs, the Bruins faced the Blue Jackets — the No. 8 seed — and then the Hurricanes in the Conference Final. Yes, the Blue Jackets had just swept the mighty, 128-point Lightning. Yes, the Bunch of Jerks were an exciting, young team.

No, those teams weren’t ever legitimate threats to Boston’s quest for the Cup.

Most everyone predicted the Bruins would get the Lightning in the second round. The previous year, that matchup in the second round didn’t go so well for the Bruins — four straight losses to lose in five. Tampa Bay dominated. That series would’ve likely unfolded much differently last season, and if they meet at some point this postseason, it’s sure to be intense. Both are equally Stanley Cup favorites, according to BetOnline. But even with that, the Lightning would’ve made for a much tougher opponent than the Blue Jackets did last postseason.

And then there were the Hurricanes. Once the Bruins survived that first period in Game 3 — Tuukka Rask made 20 (TWENTY) stops in the first 20 minutes alone — the series was over. Boston swept Carolina aside with ease. Petr Mrazek and Curtis McElhinney took turns playing starter. It didn’t ever really come close to working.

Fortunately for the Bruins, the Capitals were bounced in the first round. Since the start of the 2014-15 season, the Bruins have faced the Caps 18 times. Boston only walked away victorious twice. I’d be willing to throw a lot of money down on the Bruins not tossing the Capitals in a nearby waste basket the way they were able to do with the Hurricanes.

The main issue for the Bruins stemming from that sweep of the Hurricanes was the 11-day layoff it created, the longest pre-Stanley Cup layoff for a team in NHL history. Remember that? And that scrimmage where Brad Marchand re-aggravated a hand injury? Little did we know how much of a recipe for disaster that would turn out to be.

Even the Blues weren’t the most feared team out of the West. The Flames and Predators — both No. 1 seeds coming out of their own divisions — fell in round one. Last season saw all four No. 1 seeds fail to make it past the first round of cuts.

These days, the Blues are top dog in the West. This time last year, however, they were “that team in last place on Jan. 1”. Now they’re reigning Cup champs after besting the Bruins.

So, this year. This summer already guarantees a much tougher road to the Cup for Boston. For starters, the Bruins had their 100-point momentum halted in mid-March. A veteran core is going to be forced to pick up where they left off after more than two months of no skating. The Bruins can also bid adieu to the postseason home-ice advantage they worked all year to attain.

The round-robin will surely be a challenge. Fending off the Lightning, Capitals and Flyers to keep the No. 1 seed won’t be a small task. The NHL doesn’t know whether they’ll have a bracket or reseed entirely to determine the first round. No matter how the road to the Cup is determined, an older Bruins team must now prepare for even more different opponents throughout the playoffs, with now 11 other teams in the East instead of seven.

And won’t that make it that much sweeter if the Bruins do walk away with the Stanley Cup? Keeping the No. 1 seed through games with Tampa, Washington and Philadelphia, the team coming back after a long stoppage and returning to form, navigating their way through one of the most uncertain formats the league has ever put forth all while playing in a foreign arena with no fans.

But that all hangs in the balance because what is certain is the Bruins road to the Cup will be tougher this postseason. Much, much tougher.

Why Did the Bruins Fire Bruce Cassidy & Where Do They Go From Here?