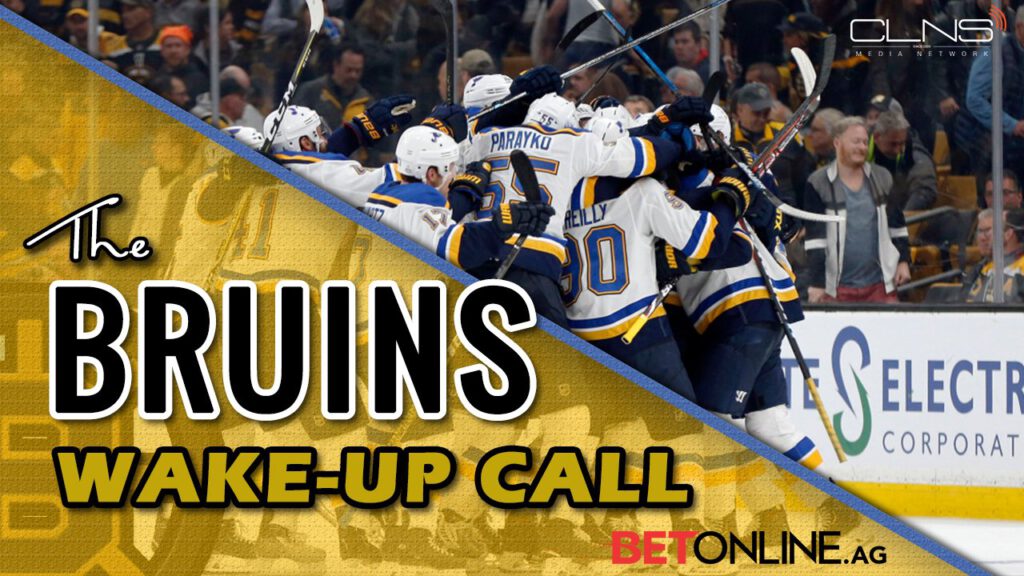 BOSTON — It wasn’t the desired outcome but maybe – just maybe – a 3-2 overtime loss to a more hungry Blues team is just what this Bruins team needs.

Yes, the Bruins entered Game 2 Wednesday night on a roll, winners of eight straight in the postseason since falling down 2-1 to Columbus in the Eastern semifinal series. The Bruins overpowered, outhit and outclassed the Blues in a 4-2 win in Game 1, in a contest that shouldn’t have been that close.

And the Bruins had that same sense when they went up 1-0 just 4:44 into Wednesday’s game on a Charlie Coyle power play goal. They had it again when Joakim Nordstrom beat Jordan Binnington in front of the net just 40 seconds after the Blues had tied it. So the Bruins – again – were just toying with St. Louis it appeared.

But on the ice, there was a much different vibe. The Blues were hanging tough and outworking the Bruins for scoring opportunities. And they were getting them. Sure enough, when Brad Marchand turned over the puck at the blue line and Vladimir Tarasenko got behind Zdeno Chara, he had not one, not two but three chances to put it behind Tuukka Rask and finally did, tying the game again 2-2.

“Yeah crazy game in the first,” Rask told me. “It was looking like it was going to be one of those 5-4 games or whatever. Lucky for a goalie, it wasn’t. But yeah it was crazy. It kind of was not really playoff style I guess. It was back and forth and not a lot of chances, so it was crazy.”

“Yeah, we need to be better,” Marchand admitted. “Personally, I wasn’t good the last two games so we can’t be playing like that.”

Indeed, the Marchand line is a minus-7 over the first two games against St. Louis. The Bruins got away with that against Toronto – and to a lesser degree – Columbus. But Marchand, Pastrnak and Bergeron need to produce like a first line or the Blues could turn this series on its head in St. Louis.

Marchand knows he can’t be drop-passing pucks blindly into his own blue line like he did in the first period. Mike Milbury on NBC called the repeated mistakes Marchand made the kind of mistakes “you see from a rookie.”

“Taking care of little details. I think that’s the biggest thing. It will come. That’s how it is,” Marchand added. “I think that we can control the mistakes that are being made. But that’s hockey.”

From that point the Blues were the better team. Certainly, losing puck-moving defenseman Matt Gryzelcyk to an apparent concussion on a nasty check into the glass by Oskar Sundqvist didn’t help with three minutes left in the first. Grzelcyk was taken to a hospital for tests and did not return.

The Bruins simply did not have enough in the tank to overcome that loss and a hungry Blues team eager to snap the franchise’s 13-game Cup Final losing skid and win for the first time ever in a Final series.

“We knew scoring a goal in the first period wasn’t going to deter them,” Torey Krug told me. “They were the much better team tonight. The lesson to be learned is take advantage of the opportunity you have in front of you, know what kind of team they are and we know that going forward.”

That attitude carried over to overtime, when the Bruins failed on their five golden opportunities in the third period to score and put the game away. Brayden Schenn took a slashing penalty with 6:38 left in the third. The Bruins got one shot on goal while the Blues got two. That, more than anything, was a sign of things to come. The Bruins had great chances from Patrice Bergeron, Brad Marchand (twice) and David Pastrnak between the circles with 40 seconds left. Jordan Binnington suddenly turned into Patrick Roy and saved everything.

The Bruins tank was on empty and the overtime intermission did little to fill it. The Blues came out pressing the short-handed Bruins and eventually had to take a penalty in their own zone because they couldn’t gain possession to clear the puck. The writing was on the ice. And when Carl Gunnarsson teed up a slapper from the right point 3:51 into overtime, Rask never saw it and the Blues had their much needed road win in the Cup series.

“Missed opportunity,” Bruins coach Bruce Cassidy said. “They’re playing to win too, right. They lost the first game. They were desperate. I shouldn’t say they were desperate. They’re not desperate. They seemed to play with more urgency tonight than they did Game 1. What they did was I thought they were on top of us, tighter than they did the first game. They didn’t allow us to get the space. As a result, we didn’t seem to win as many races as we did Game 1 to pucks.”

The lesson from Wednesday night is understanding that this Blues team isn’t going into summer without a fight.