Boston's starting goaltender currently leads the NHL is save percentage, GAA, and wins. 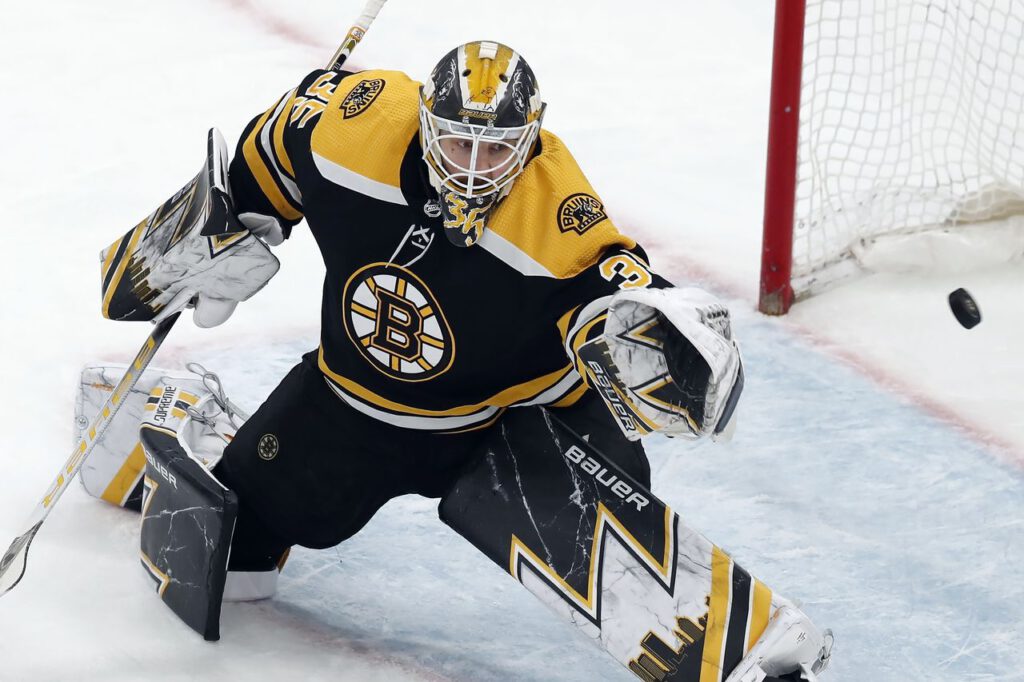 The Boston Bruins continue to slice through the NHL like a hot knife through butter.

They are 14-2 through their first 16 games, they have the second shortest odds to win the Stanley Cup at +650 according to BetOnline.ag, and they also have the hottest goaltender in hockey – who just so happens to be the favorite to win the Vezina Trophy. Here’s a look at BetOnline’s top ten:

Ullmark currently leads the NHL in goals against average (1.96), save percentage (.936), and wins (11) – and has been one of the key contributors to Boston’s early success.

Ironically, I thought Boston’s backup Jeremy Swayman (+6600 to win the Vezina) was going to be their starting goalie in 2022. I wrote about this when talking about Boston’s chances to be a playoff team back in September:

If Jeremy Swayman can keep it together between the pipes, the old heads can turn into their young selves, and Montgomery can hold the team accountable the way Bruce Cassidy did – then I too expect the Bruins to be a playoff team this coming season.

Little did I know that Swayman would get hurt, Ullmark would be the unquestioned starter, and he’d turn into the brick wall that he’s been.

I don’t question the tear that he’s on. He’s proven to be a quality goaltender. The one thing I do worry about moving forward is his usage rate. The most amount of games Ullmark has ever started in a season is 39, and right now he’s already at 12 through the team’s first 16 games.

Swayman is reportedly ahead of schedule in his injury recovery, so if they can get him back to take some of the stress off of Ullmark’s back – then there’s a chance he could actually win the Vezina Award. However, if he has to continue carrying the load like this, then I find it hard to believe his hot stretch will continue.