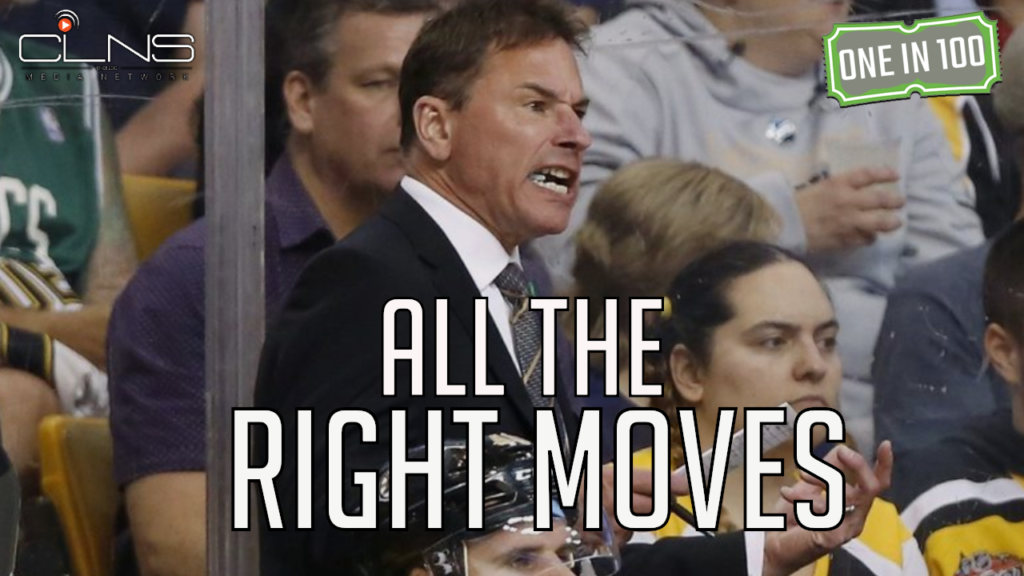 BOSTON – Since the 7-0 blowout loss in the first game of the season, Boston Bruins head coach Bruce Cassidy has been pressing all the right buttons when it comes to the lineup.

gutsy lineup decisions when he sat Ryan Donato and replaced him with relative no-name Joakim Nordstrom on the B’s second line.

And wouldn’t you know, Nordstrom went out and potted a goal making his head coach look good in the process.

“It was a matter of time before we started to get more balance,” said Cassidy regarding the second line’s prior ineffectiveness. “Nordy [Joakim Nordstrom] wants to play. He sat out the last games. He’s got a lot of pride so he scored. Not only that, I thought he won a lot of pucks and played the game as advertised. He’s up and down his wing, he manages the puck, he backchecks with purpose, has a good stick in d-zone.”

But when it came to taking personal credit for getting the second line going, Cassidy was quick to realize one night doesn’t justify everything.

“We’re still tinkering,” said Cassidy. “But yeah you want to see it work because then obviously you’re down to maybe one other line you’re going to examine, so we want the lines to work. We’ve said it. Until it does we’ll probably move some pieces around and players in and out, but the quicker we get solidified I think it’s better for everybody. But we still like the internal competition.”

Speaking of internal competition, CLNS Bruins insider Jimmy Murphy previously reported on the latest Bruins Beat that the Bruins were not happy with Donato’s play away from the puck.

🎙️ @emarinofsky joins @MurphysLaw74 to discuss whether or not #NHLBruins should break up the first line 🎙️https://t.co/dO2kOQZ4IW

David Krejci was certainly pleased at the production from his new winger.

“It’s always nice when a new guy comes in and he gets the first one,” said Krejci on Nordstrom. “He’s a good player, he’s smart, he’s fast, he’s good on the forecheck. Good for him he got the first one.”

Nordstrom felt the same about playing with Krejci and Jake DeBrusk.

“It felt pretty good,” said Nordstrom. “I thought we had some good opportunities; we had the puck a lot, so you know, for being a first game, I think it’s definitely something we can build off of.”

“He’s really pushing all the right buttons,” said Murphy. “Not just with Halak, but throughout the lineup. We see it with him putting Nordstrom in on the second line. When I first saw that I said ‘what is he doing?’. But hey, he made me eat my words. He just seems to always have a good feel for the pulse of this team right now.”

Like Alex Cora on the other side of the city, Cassidy seems to be making all the right lineup decisions.