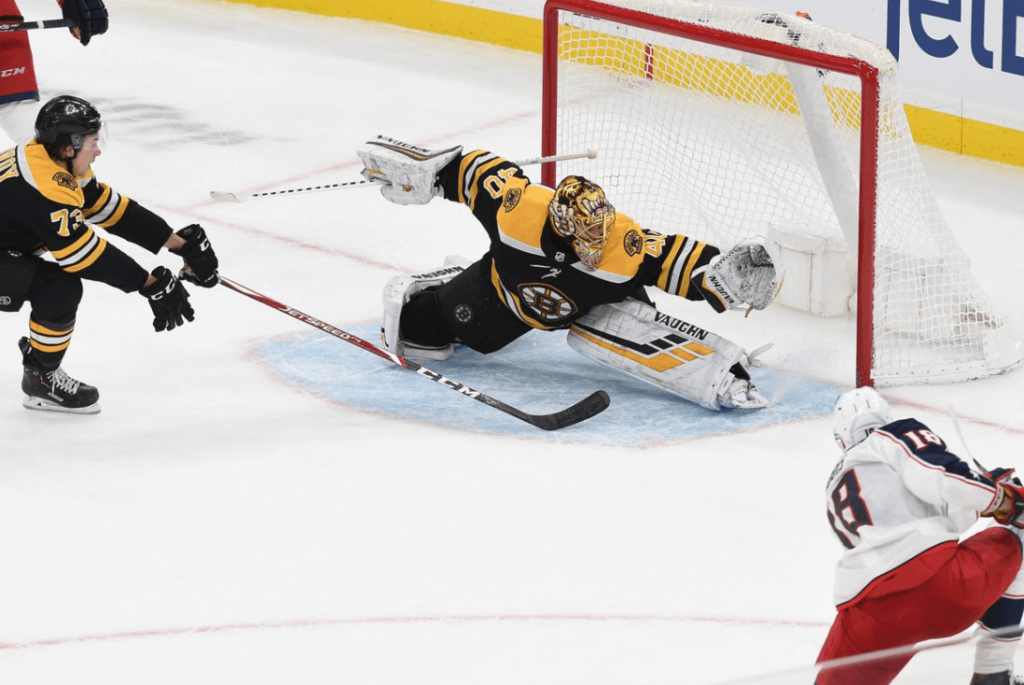 BOSTON – The Bruins overtime woes have gone from problematic to epidemic.

On the surface, the Bruins record of 2-5-6 in 13 overtime games is not an issue that will keep them from the playoffs. But the 2-1 overtime loss to the Blue Jackets at TD Garden does raise a distinct red flag for a team that hasn’t had many of them this season.

After all, they are 24-7-11, good for 59 points and a first-place tie with Washington for first in the Eastern Conference. Instead of putting away the rest of the Atlantic Division and the top mark in the East, suddenly the Bruins are just eight points clear of Toronto in the division. Moreover, the losses to teams on the outside of the playoff bubble are starting to mount.

The Bruins lost in a shootout to New Jersey on New Year’s Eve. They lost to a banged-up Columbus team, 2-1, in overtime Thursday. They lost to the Kings in overtime when they couldn’t hold a lead in the final three minutes on home ice. They blew a 4-0 third-period lead to Florida in November.

Thursday night had a playoff feel between two teams that met in the Eastern semifinals last spring.

The game between the Bruins and Team Tortorella – aka the Columbus Blue Jackets – also featured the return of three Boston players to action who figured prominently in Boston’s six-game victory.

Torey Krug, David Krejci and Charlie McAvoy were back on the ice for the Bruins. But the victories Thursday night seem hollow. David Pastrnak scoring four seconds into a second-period power play to register his 30th goal of the season, extending the Bruins’ streak with at least one power play goal to nine games.

They actually won a coach’s challenge 17 seconds into the game when Gustav Nystrom scored as Boone Jenner interfered with Tuukka Rask, who joked after the game that the league “got one right” in overturning the goal.

But the Bruins couldn’t hold a 1-0 lead in the third period. The Bruins lost their fifth game of the season when they led after two periods, with all five coming in overtime. You could tell that coach Bruce Cassidy wanted his players to sit on that loss to a team that had just 44 points coming into play on Boston’s home ice Thursday night.

“I don’t know. I mean, I didn’t go in there after,” Cassidy said. “We’ll assess it (Friday), but I’m sure no one’s pleased. It’s another lead going into the third period we weren’t able to close out. That’s as frustrating as anything. You give up a goal, you push to try to get another one. I thought, again, some opportunities around their net.

“They did a good job blocking shots. We hit a good one right off the post. As for the overtime, some of it is we’ve got to smarten up. Can’t get caught diving down low, that’s happened more than once this year.”

The game was lost when Pastrnak couldn’t finish on his scoring chance in overtime, leading to the game-winning rush by the Blue Jackets. That was noted by both coach and player.

“On those puck battles away from your net, if you don’t make a play at their end, you’ve got to make sure you put yourself in a better spot defensively to defend the rush or get off the ice,” Cassidy said. “That’s cost us a few times, so at some point you’ve got to learn from those mistakes as well.”

Seth Jones blew past Pastrnak, who missed his chance in close. Jones fed Pierre-Luc DuBois for the game winner just 52 seconds into overtime.

“It’s obviously my bad,” Pastrnak conceded. “I kind of dove in (in the offensive zone). It looked like their guy was going to drop it behind the net, it kind of froze me up and he (went) around me and made a good play. Bad read by me.”

Krug, playing his first game back Thursday after missing three games, tried a more philosophical tact on the overtime blues for the Bruins.

“Luckily, they don’t play 3-on-3 in overtime in the playoffs,” Krug told me. “But for now, we’re capturing points, but we’ve got to find a way to capture a few more. Even if we go 50 percent (in overtime), we’re up five or six (more) points.”

“Yeah, it’s frustrating, obviously. There’s been plenty of them this year,” Pastrnak added. “All of this is probably getting a little bit in our head. We’re missing some confidence. We want to win one of those. A big part of it is confidence. Early in overtime, we had a clean 3-on-2 and we don’t get a shot on net. Some confidence is missing. You don’t want to make a bad shot and have them go back on you and score. We need to win one of those and hopefully, it’s the next one.”