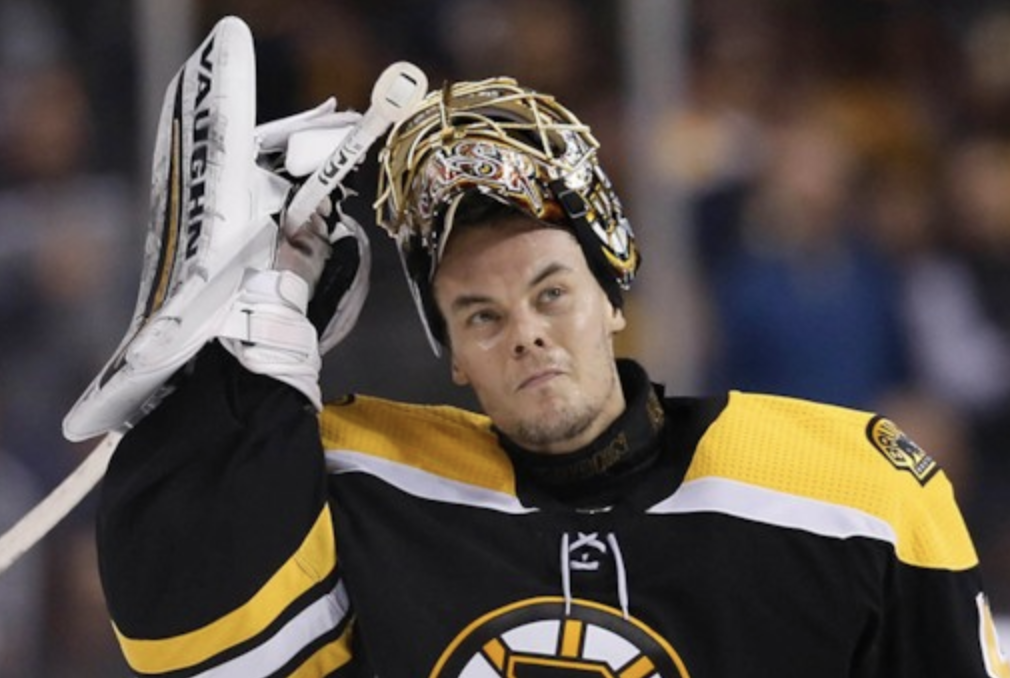 BOSTON — The Bruins got the wake-up call about 20 minutes too late Friday night and now they could be facing an early exit from the playoffs if they don’t find a way to win a Game 6 on Easter Sunday in Toronto.

As inexcusable as Bruins fans found Boston’s effort throughout most of Friday’s 2-1 Game 5 loss to the Maple Leafs, there’s no holding back now.

The fans were frustrated from nearly the opening puck drop Friday, lustily booing the Bruins for their ineffective third and final power play in the second period.

Now, the Bruins won’t have to worry about those fans booing them. They’ll have a much different problem, a Toronto crowd smelling blood in a Game 6 closeout scenario.

“Yeah, we have to rely on each other and put ourselves in a bubble and do the job,” said Patrice Bergeron. “That’s the bottom line. Everything is on the line now. Obviously a missed opportunity tonight but like I said, there’s not much we can do right now, right, about (Game 5). So now it’s about moving forward and be ready to head on the plane tomorrow, and going to Toronto, and be ready for a big game.”

The hockey gods certainly weren’t in the mood for rewarding the Bruins Friday as NHL officials ruled that Zach Hyman’s contact with Tuukka Rask with 8:27 left in the third period was incidental and was not sufficient cause to wipe out Auston Matthews laser into the Bruins net for the game’s first goal. There was David Krejci drilling one off the pipe midway through the second period before netting one in the final minute to make it a one-goal game.

The Bruins were 0-for-3 on the power play. Once they got their skates going on the sloppy ice, they failed to finish on a number quality chances on Fredrik Andersen.

“We’ve had better games,” Marchand said. “I don’t think either team was great, but it was the difference of one play. Game is over now, worry about the next one.”

The next one is 3 p.m. on Sunday at SciotiaBank Arena in Toronto.

“It doesn’t matter if you lose 10-1 or 2-1, you’ve got to let it go and focus on the next game,” Marchand said. “You get caught worrying about this one, we don’t want it to affect the next one, because obviously we’re playing for our lives and got to be a little better.

The Bruins were outworked in Game 5 from the start, something that doesn’t usually happen, especially on home ice, especially in the playoffs.

“Just kind of a grinding game for both teams, so that’s what it takes,” Rask told me. “That’s kind of playoff hockey sometimes, you know, especially when you get late in the series, you know, mistakes play a huge role so nobody wants to make them and you just end up kind of grinding it out and I guess that’s what we’re expecting Game 6.”

Get the inside scoop on the Bruins every week on CLNS Media’s Bruins Beat Podcast. Listen and subscribe here iTunes | Stitcher