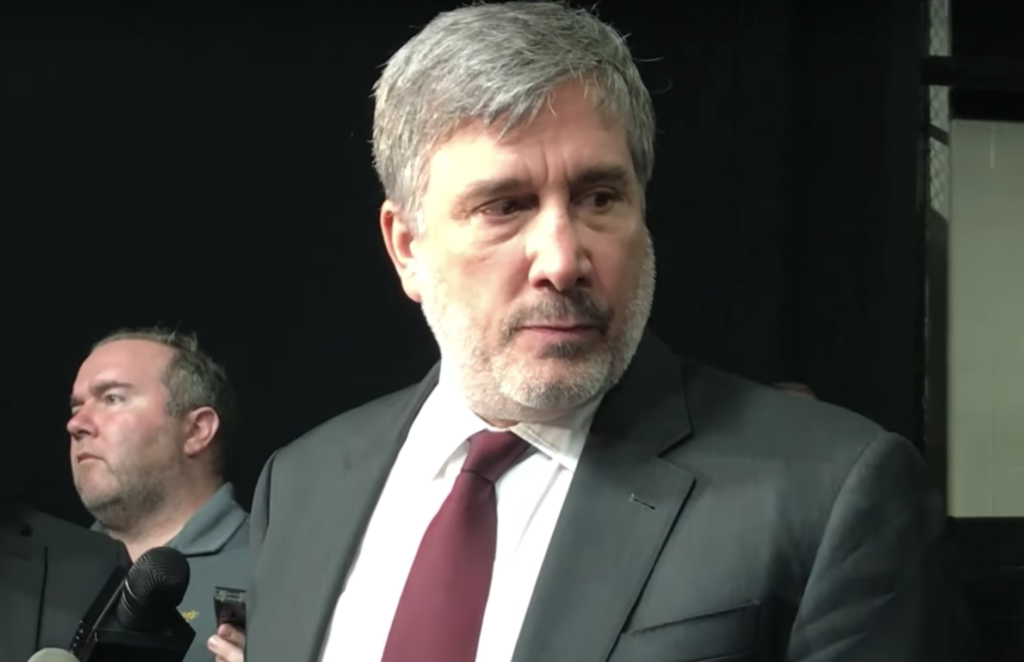 BOSTON — It’s no secret the Boston Bruins were on the losing end of some questionable calls this postseason. And roughly 10 days after the B’s were bounced from the Playoffs by the Tampa Bay Lightning Bruins Team President Cam Neely is still seething.

“It’s something that the league has to look at,” Neely said Wednesday at the team’s end of season availability. “They have to go back and look at all the games. I know they do that after every game, but I think they really need to take a hard look at what’s happening with the refereeing.”

Neely was particularly agitated when talking about several calls that went against the Bruins in their playoff series with the Lightning.

“It’s the non-calls that really frustrated me the most,” Neely said.

The one that really got Neely’s blood boiling was the obvious interference on Charlie McAvoy that was not called which led directly to Steven Stamkos’ game-tying rocket late in game 4. The Bruins ended up losing that game in Overtime going down in the series 3-1.

The no-call on Kucherov leads to Stamkos tying it up

“I felt like we should be going back for Game 5 tied, 2-2,” said a ticked off Neely. “And that’s a whole different mindset than going down there, 3-1. You can say all you want, ‘Let’s just focus on one game.’ But as a player you really look at the big picture, and you say, ‘Man, we’ve got to win three in a row against this team.’ It’s a lot different mindset.”

“How they don’t make that call…we are up 3-2 with seven minutes to go. Now we should be going on the power play. Whether we score or not, it might chew up two minutes of the game an we have a different mindset going down to Tampa.”

Neely isn’t the only one to take a dig at the refereeing. NHL on NBC host Jeremy Roenick torched referees after the Lightning’s 4-2 victory in Game 2.

Jeremy Roenick BLASTS referees after many missed calls during a 4-2 #GoBolts win over #NHLBruins pic.twitter.com/IyFcxjgCeC

With the best part of the Stanley Cup playoffs still to come the referees are only going to come under greater scrutiny. Neely says he doesn’t really have a solution but knows the problem’s not going to go away on its own.

“The game has gotten that much faster, are the referees keeping up with the pace of the game. It’s fast out there and I think it’s something the league really needs to take a look at because with all the great playoff series, what common theme was amongst reporters across the league was either the refereeing or Marchand’s licking.”