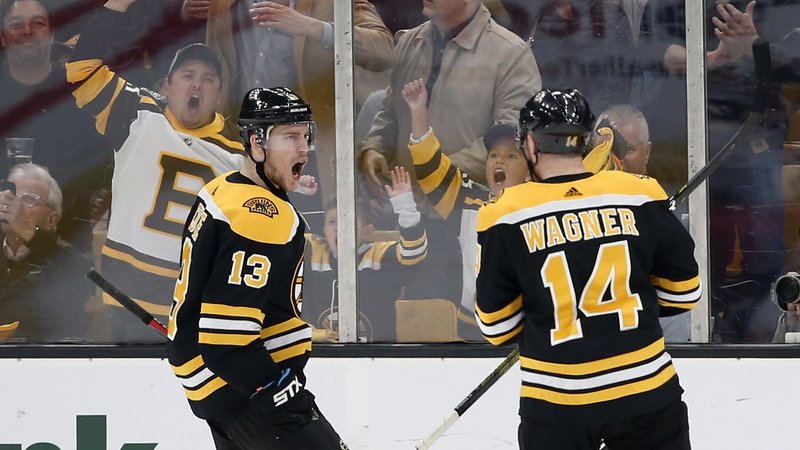 The Mayors of Weymouth and Walpole will be in Black and Gold for quite a while.

On Wednesday afternoon, the Boston Bruins announced the re-signings of Charlie Coyle and Chris Wagner to multi-year extensions.

The B’s inked Coyle to a six-year deal with a cap hit of $5.25 million per season. With Wagner, the Bruins got him for three years with an annual cap hit of $1.35 million.

The Mayor of Weymouth is back for 6 more years!@CharlieCoyle_3 | #NHLBruins pic.twitter.com/lpMpZZeIMP

Through 24 games this season, Coyle’s potted five goals and added nine helpers for a total of 14 points. He was acquired last season at the trade deadline from the Minnesota Wild and put up two goals and six points in 21 games. The East Weymouth, Massachusetts native’s value showed most in the postseason when he tallied nine goals and 16 points in 24 games.

No. 13’s moved between the third line center slot and the second line right wing position this season.

On the other hand, Wagner’s scored one goal and five assists this season through 23 games, primarily in a fourth line role. Last season saw the Walpole, Massachusetts native put up a career-high 12 goals and 19 points in 76 games for the Black and Gold. The 28-year-old scored two goals in 12 games during last year’s playoff run.

And the Mayor of Walpole is back for 3 more years!@chriswags23 | #NHLBruins pic.twitter.com/KwAm3rvvH4

With both deals done, that takes away two unrestricted free agents that the Bruins have to sign next offseason. According to CapFriendly, they’re projected to have about $16.289 million in cap room.

The big UFA they now must find a way to sign is Torey Krug. Some important RFAs up next offseason include Matt Grzelcyk, Jake DeBrusk and Anders Bjork.

With the projected cap space available, they shouldn’t have a lot of trouble inking Krug to a reasonable deal. He’s projected to be in the $6.5-8 million range, and the B’s should have enough space to do that.

As for the deals signed today, both are fairly team-friendly. Coyle is 27 years old, so his deal will take him through his prime. Although the Bruins could’ve looked in-house to fill Wagner’s slot, $1.35 million for a guy in his role is pretty reasonable. Anything over $1.5 million would’ve been too much.

The only question mark lies with how Coyle’s $5.25 million cap hit looks three to four years from now. But by then, the future of David Krejci and Patrice Bergeron will be unknown.

Coyle looks to be the bridge to the future.