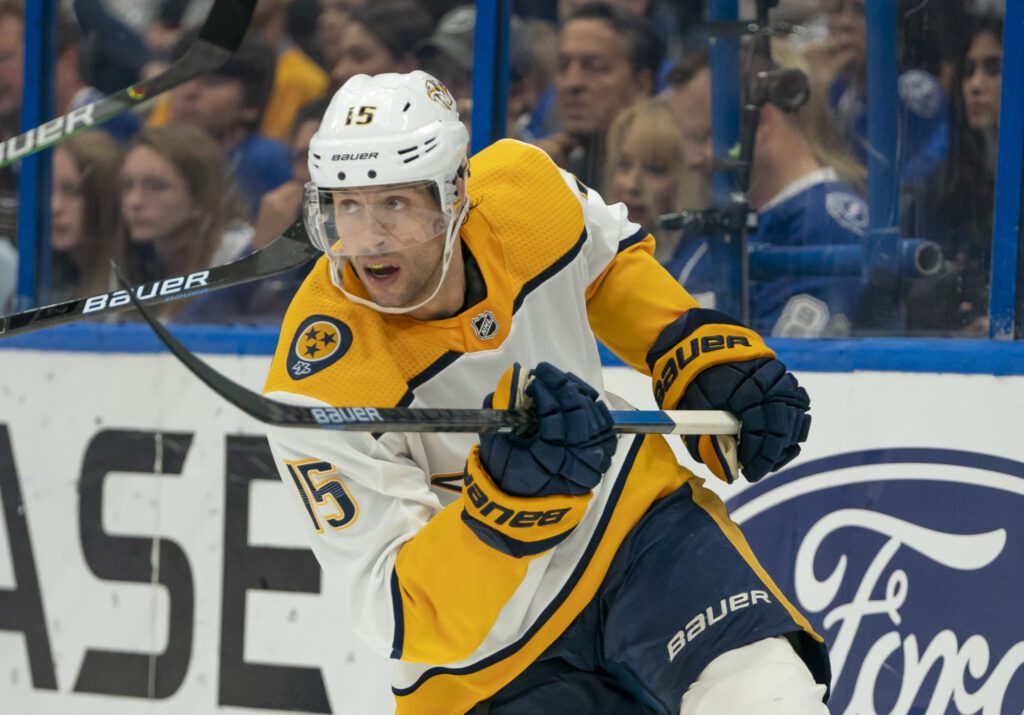 Well, the Bruins finally made a somewhat big move in free agency.

Saturday morning, the Bruins announced they signed former Predators forward Craig Smith to a three-year deal at $3.1 million per.

By no means is Smith a gaudy free agent signing, but he certainly brings value and scoring depth to a team that desperately needs it.

Smith looks even better from an advanced analytics perspective.

His 67.62 Corsi For per 60 ranked eighth among the rest of the NHL last season. His Expected Goals For per 60 was also very encouraging, coming in at 2.97, which was good for tenth.

The question then becomes where does he fit in the Bruins lineup?

The most obvious spot for Smith would be on Charlie Coyle’s right side on the third line. However, due to his scoring consistency, Smith could also slot in well on the right side of David Krejci.

Yes, he’s not Taylor Hall. That’s obvious. But this is a great value signing that the Bruins know will be consistent for them over those three years.