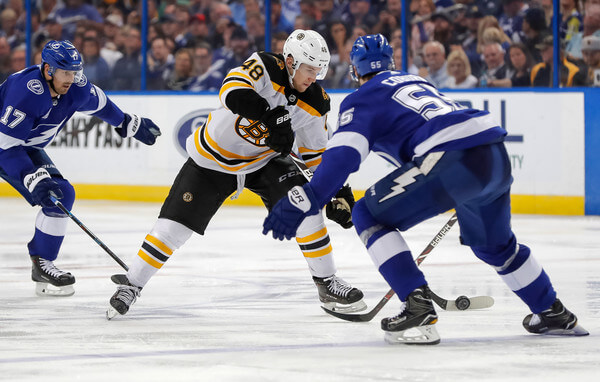 The Boston Bruins have re-signed rookie defenseman Matt Grzelcyk to a two-year deal worth an average annual value of $1.4 million.

The Charlestown native and Boston University alum entered the offseason as a restricted free agent.

The Bruins initially selected Grzelcyk in the third round of the 2012 entry draft. The left-shot defenseman spent most of the season with the big club as a third pairing defenseman alongside Kevan Miler. In 61 regular season games, he had three goals and 15 points while being a plus-21.