Boston needs to win two straight if they want to advance in the Stanley Cup playoffs. 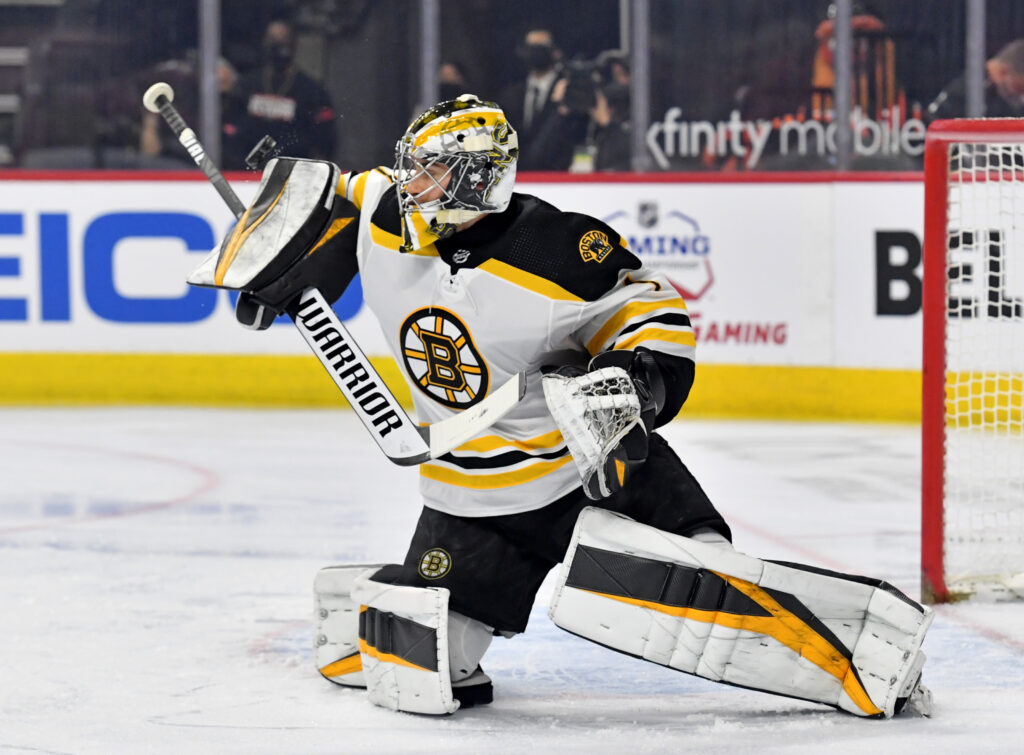 Well that wasn’t pretty… After winning both games in Boston and evening the series 2-2, the Bruins got walloped by the Hurricanes 5-1 on Tuesday night and now find themselves in a 3-2 hole heading into game six.

Goalie Antti Raanta was sensational between the pipes for Carolina, stopping 33 of the 34 shots against him and allowing his teammates in front of him to get the job done. Defenseman and now enemy Tony DeAngelo had a goal and two assists for the Hurricanes. He leads them in points this series with eight.

Connor Clifton scored the Bruins lone goal halfway through the third period, but it was too late for Boston to mount a comeback.

After Tuesday’s loss, the Bruins are now longshots to win the series according to BetOnline.ag:

Check out our postgame show from Tuesday with Evan Marinofsky and Conor Ryan on Bruins Rinkside HERE:

I’m not going to sugar coat it – last night was very very bad. The Bruins can’t get anything going when they play in Carolina. Jeremy Swayman was letting in soft goals, Matt Grzelcyk was taking ridiculous penalties, and the “perfection line” had a whopping ZERO points. They looked like a completely different team than we saw in game five – and that was with Charlie McAvoy.

They are, however, favorites to win game six according to BetOnline. Here are the odds for Thursday’s game:

As Red Sox legend Kevin Millar famously said, “don’t let us with this game… game seven anything can happen.” Sure – they’ve been bad in Carolina, but game sevens are a different beast, and I truly believe if they can get themselves there, they have a chance to win it.

It’s do or die now for Boston. Puck drop is at 7:30pm on Thursday from TD Garden, and I think the Bruins (-119) win it and get themselves to Carolina on Saturday.