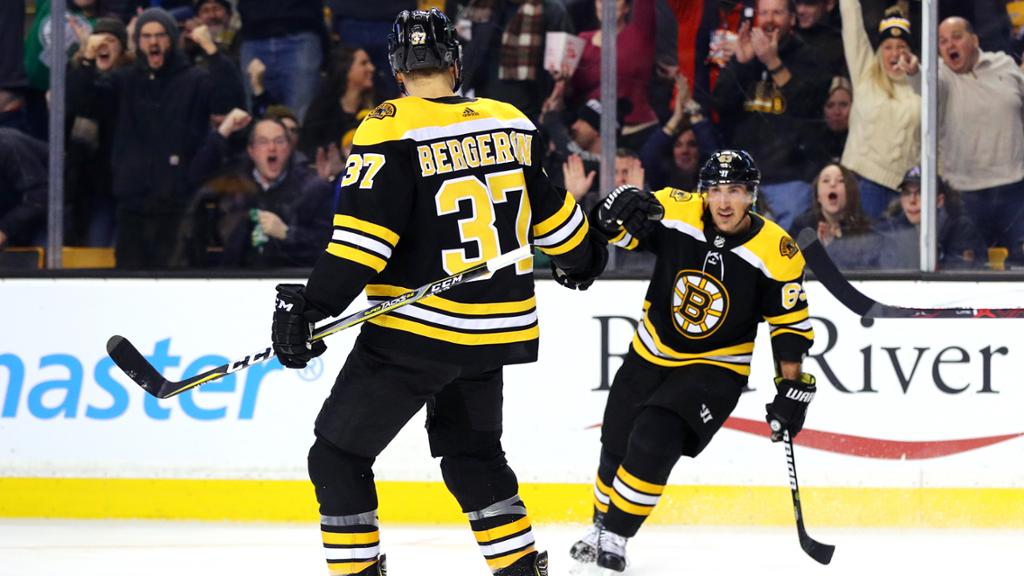 Well, it was worth the wait.

Patrice Bergeron’s goal just over a minute into double overtime gave the Bruins a 4-3 win and a 1-0 series lead over the Carolina Hurricanes in their best of 7 Eastern Conference 1st round matchup.

The game was initially scheduled for Tuesday night at 8pm but was pushed to Wednesday at 11am due to a five-overtime affair the night prior.

The 4 goal explosion matched the Bruins total goal output from a disappointing round robin in which the black and gold went 0-and-3. Boston’s top-two lines generated two of the team’s three goals and plenty of other scoring chances.

David Pastrnak got the Bruins on the board in the first period off a Brad Marchand dish to the front of the net, knotting the game at a goal apiece.

However, it was the third line that finally put the Bruins out in front. Having not held a lead in their 10 periods playing in the bubble, the Bruins finally took a goal advantage mid-way through the second period.

The goal wasn’t without controversy however, after Nick Ritchie gloved the puck toward goal with Carolina goaltender Petr Mrazek appearing to cover the puck. Anders Bjork then poked the puck free of the netminder’s grasp to an open Charlie Coyle who put Boston up 2-1.

After the Hurricanes answered with a shorthanded goal, it was the Bruins second line—specifically David Krejci—who broke the tie. After controlling a rebound, Krejci patiently stickhandled around Mrazek and deposited the puck in the back of the net for a 3-2 lead.

The Bruins gave it back on somewhat of a soft goal allowed by Tuukka Rask from 60 feet out through a partial screen.

The team’s both failed to score in the first extra session but it didn’t take the B’s long to put the Canes away in the second OT.

Pastrnak dropped a pass off to Bergeron who buried a quick wrister past the blocker of Mrazek giving the Bruins a much-needed Game 1 victory.