Boston beat the Hurricanes on Sunday, evened the series, and have the city buzzing again. 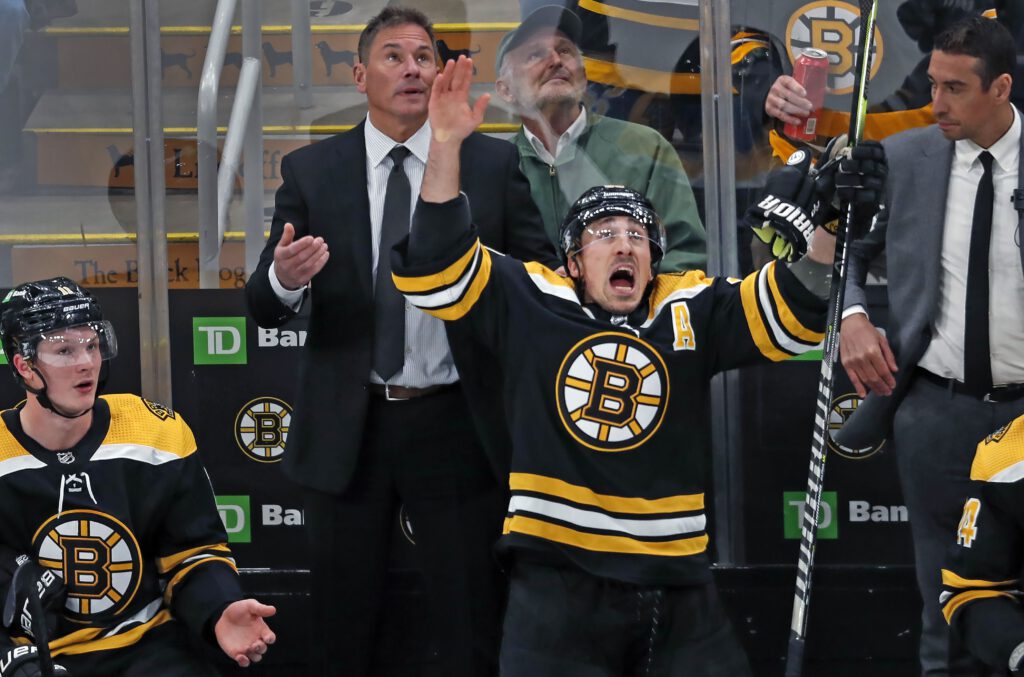 The Bruins took care of business on Sunday afternoon, beating the Carolina Hurricanes 5-2 and tying up the series two games to two. It was a dominant performance by Boston, who was led by Brad Marchand. The forward put in two goals and assisted on the teams other three – totaling five points on the day.

The series will return to Carolina on Tuesday night for game five. After winning both games at home, Boston has shifted the series price to just about even. Carolina is only slight favorites to advance now according to BetOnline.ag:

The Bruins were outscored 10-3 during games 1 and 2 in Carolina, and were essentially down for the count early on in this series.

When they returned to Boston, coach Bruce Cassidy made the decision to swap out Linus Ullmark with Jeremy Swayman at goaltender. This change between the pipes along with the series shifting to the TD Garden has completely turned this team around. I shamelessly gave up on them early on, but am now fully bought back in. The series is actually going exactly how I thought it would:

This series is going to be tight. Each team has experience on both the attack and on defense, tough-minded head coaches in Bruce Cassidy and Rod Brind’Amour, and a city to lift up with a championship. Carolina having home ice may be the difference in this series.

Prediction: The Bruins drew a tough matchup early, but I think they can hold their own against Carolina. It will go the distance, but Boston (-105) hangs on in seven games and advances to the second round.

Like I said -home ice has been absolutely massive, and I think it will continue to be throughout the remainder of the series. The Bruins are going to have to find a way to steal one in Carolina if they want to advance this postseason. After the momentum they gained this weekend, it’s certainly possible. I continue to believe that Boston will win this series in seven games.