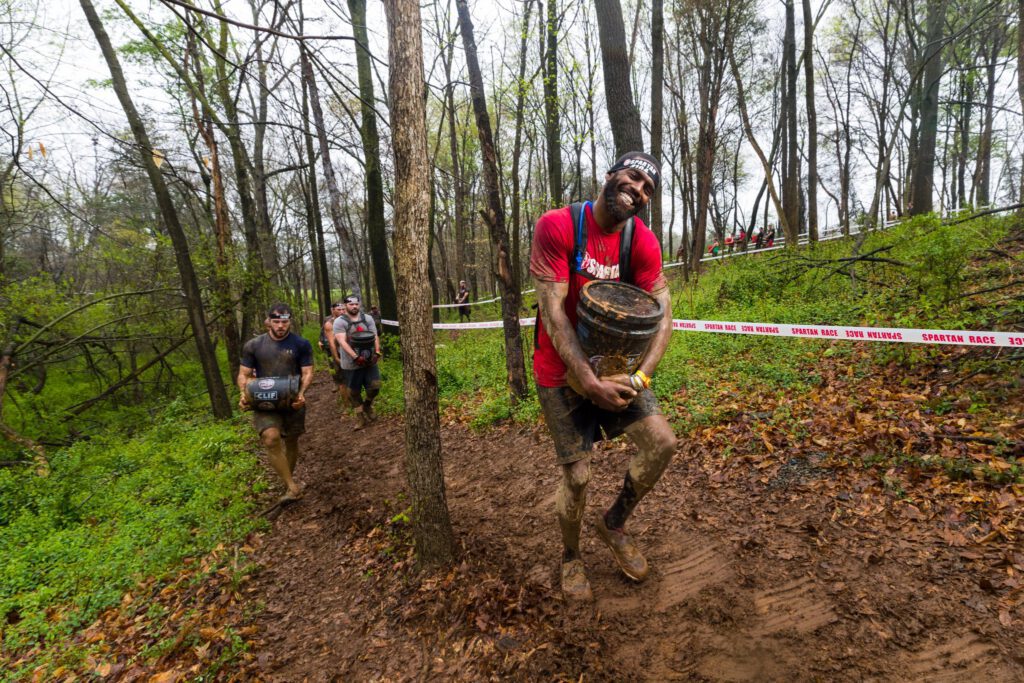 Randy Moss never had this tough under and training camp under Bill Belichick.

With so much focus this year on the training regimen of Tom Brady and Rob Gronkowski through trainer Alex Guerrero, leave it to Moss to take pushing his body to another level.

The former wide receiver, who was rumored to be considering a comeback several years back, was considered one of the best conditioned Patriots players in his time with the team from 2007-10. Moss and Rice are considered two of the most gifted receivers of all time and two of the best conditioned. Rice’s runs up the hills in California when he played in the 1980s and 90s are well documented.

Rice has maintained his impressive physique in retirement. With Sunday’s performance in North Carolina, Moss apparently would like to remind people that he, too, is in remarkable shape after his career ended.

Thanks to video provided by Spartan Race organizers, we get a glimpse of Moss competing in the Spartan Race Charlotte Sprint Weekend at Porter Farms in Concord, North Carolina.

The video shows him working the course and encouraging others.

If Belichick watches Moss on the Spartan course, he might be tempted to give him a call – and a tryout.