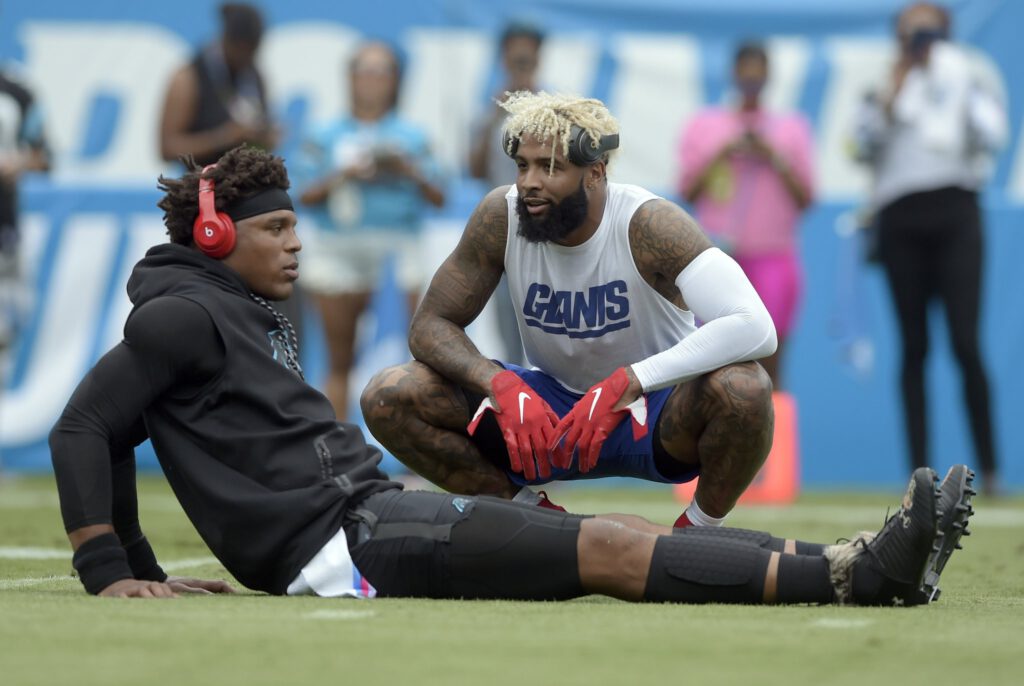 Odell Beckham Jr. is LA bound as the sweepstakes for the star Wide Receiver has officially come to an end. Adam Schefter of ESPN reports that Beckham will sign a 1-year deal with the Los Angeles Rams. In a matter of a week LA has added LB Von Miller and OBJ as they are all in for a super bowl this season . Evan Lazar breaks down why the Patriots weren’t ready to acquire a start WR like Beckham with a rookie QB at the helm. Beckham did confirm Green Bay was amongst finalists telling us that a veteran QB was at the top of his wish list.

Former Patriots QB Cam Newton returned to his former team on Thursday. The Carolina Panthers signed Newton a 1-year deal worth up to $10M for the rest of year. This incentive laden deal also includes $4.5M fully guaranteed and $1.5M roster bonus. What does this mean for the Patriots? Evan Lazar has good news for Patriots fans as New England has now gained a $1.5M credit for next year since Cam signed a deal with the Panthers.