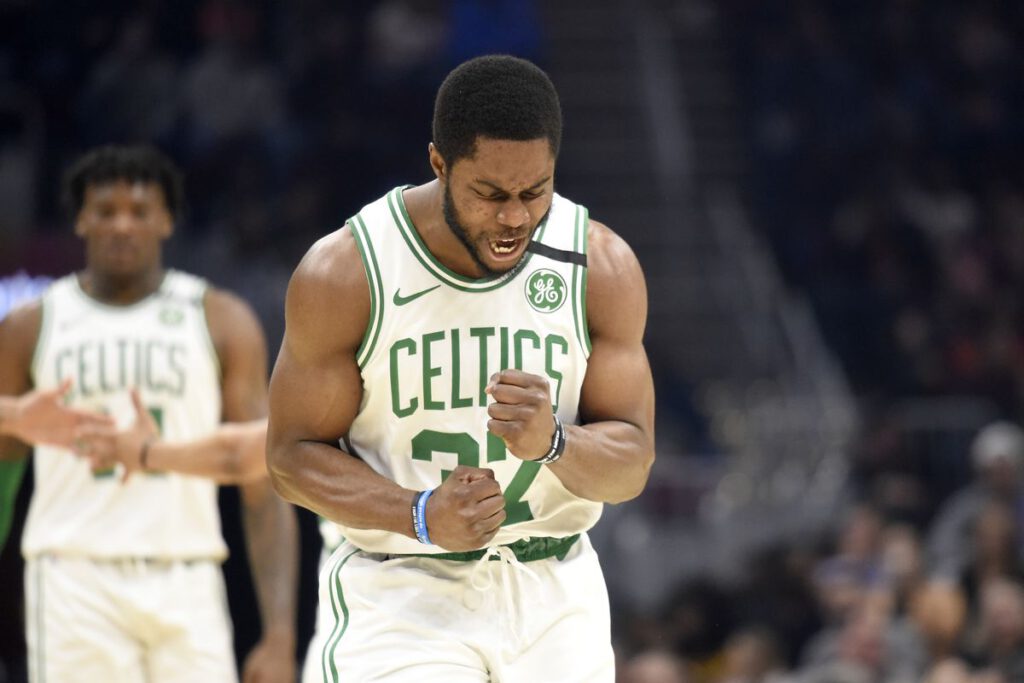 Coming off of Tuesday’s disappointing loss to the Nets, the shorthanded Celtics bounced back with a win on the road against the Cavaliers but it was no easy task.

With Kemba Walker, Gordon Hayward, and Jaylen Brown all out of the lineup, Brad Stevens needed guys to step up in Cleveland. Jayson Tatum’s return certainly pointed towards that direction, his flawless approach to another 30-plus point performance — his fifth straight — was seemingly effortless as he netted 32 points, including five 3-pointers to go with his 9 rebounds and six assists.

Still, Stevens needed more offensive production from his team to make up for his three missing starters while Cavs point guard Collin Sexton was on his way to having a career night. He finished with 41 points, Sexton torched the Celtics off-the-dribble, especially in pick-and-roll switches and from behind the arc — where he drained three treys while leading the Cavaliers to a 13-point comeback when he tied the game at 86 in the final frame.

That’s when Semi Ojeleye, who had a career night of his own, connected on back-to-back field goals, including a 19-footer that protected the Celtics’ lead before he eventually drained a dagger from behind the arc that stretched Boston’s lead out six (103-97) with only 2:15 left to play. That lead then turned into a final score of 112-106; the Celtics’ first win in three tries.

Ojeleye finished with a career-high 22 points on 8-of-11 from the field, including 5-of-8 from deep to go with six rebounds.

“He’s the best,” Stevens said after Wednesday’s win. “He’s a great worker, he’s a great teammate. When everything is not going your way, he’s a guy that you know is in everybody’s corner and I think that that’s huge when you start talking about a team. You also know he can not play one night, and still be effective in his role the next.

You’re not going to get 22 (points), or whatever it was, from him every night but I thought he was very good tonight.”

Ojeleye scored half of the Celtics’ bench points while Enes Kanter finished with a double-double (10 points, 11 rebounds) and Marcus Smart added 18 points as Stevens’ starting point guard in place of Walker.

Here’s @semi with @tvabby after his career-high 22pts
+ a postgame celebration shower ? pic.twitter.com/XB5Z6HBggE

The Cavaliers threw double coverages at Tatum early and often, which created open looks from the perimeter — where Ojeleye caught fire from the beginning of the first half until the end of the fourth quarter.

“I just felt a relief, like a weight off my shoulders,” Ojeleye said when he was asked about draining his first two shots. “Just knowing you put in the work, finally you get to let it show for a little bit. Now it’s time to put in more work.”

Ojeleye’s performance Wednesday night may not be convincing enough to believe he could be a long-term solution for the Celtics second unit’s scoring deficiency but as a short-term fix, with long-term potential, this could be the beginning of a productive four-five game stretch for Ojeleye. With the news of Brown sitting out for at least a week before he will be reevaluated, Stevens will lean on Ojeleye for valuable minutes and while Semi hasn’t always had a consistent spot in Stevens’ rotation throughout his years in Boston, this is an excellent chance for Ojeleye to make his case.

“We know Semi can do that on a daily basis for us,” Smart said. “In practice and every day he’s getting his shots up. In practice, he’s knocking down those shots in warm-ups and everything. It’s just all about his opportunity, tonight he got his opportunity and he took advantage of it.”