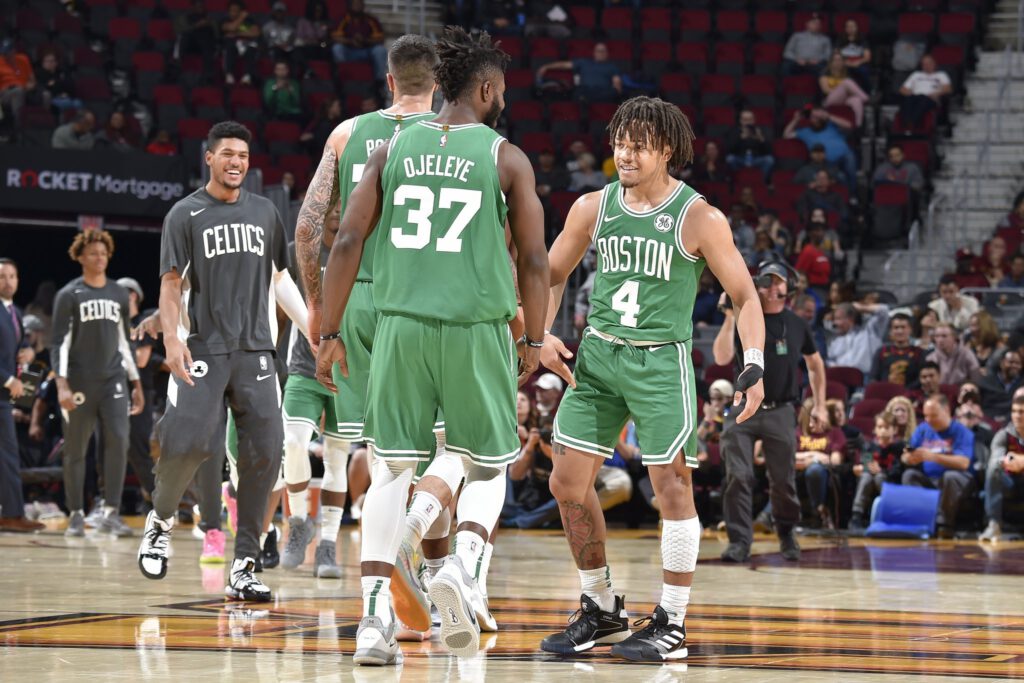 With eight players ruled out before tip-off, young prospects like Grant Williams, Tremont Waters and Tacko Fall got a chance to make their final impression one week before the start of the regular season, and second-round pick Edwards’ performance was without question most memorable for everyone in attendance at Rocket Mortgage Fieldhouse. Edwards kicked off the second half by draining eight 3-pointers in the opening 5:06, including six straight from behind the arc.

He finished the night with 30 points, including 9-of-15 from deep — which is the franchise record for most 3-point field goals made in one game (T- Isaiah Thomas, Ray Allen, Antoine Walker).

Edwards, who was selected at No. 33 in this year’s draft, is expected to be a part of Stevens’ player rotation at the start of the season. His sharp outside touch has been a talking point since Summer League, where he impressed the masses, and has been consistent throughout the Celtics’ four exhibition games.

Waters, who 24 points on 10-of-16, including three treys of his own, also stood out offensively for the Celtics. And Javonte Green tacked on 16 points, 9 rebounds.

In four outings, Edwards averaged 15.2 points, shot 51.1 percent from the floor, including 3-point shooting at a 45.2 percent clip.

“(I was) really just in rhythm,” Edwards said. “That’s just one thing, once you find your groove and your rhythm and it’s kind of like a heat check — when you see that just go in, you just kind of keep going.”

Edwards remained humble in the media scrum, where he reminded reporters that he’s still out to prove himself in a Celtics uniform, and while the noise surrounding his performance will gain national attention, it won’t disrupt his focus on continuing to get better his coach and teammates.

“Seriously, I just want to continue to just work, and continue to try to make the right plays,” Edwards said. “Kind of like every spot on this team. It’s pretty cool to have this happen and it’s a blessing so I’m going to just keep working.”