Cedric Maxwell — A Celtics Legacy In His Own Words

Cedric Maxwell wrote on his big wins, Celtics legacy, controversial departure and unlikely return, with all the hilarious stories in-between in "If These Walls Could Talk," his autobiography. 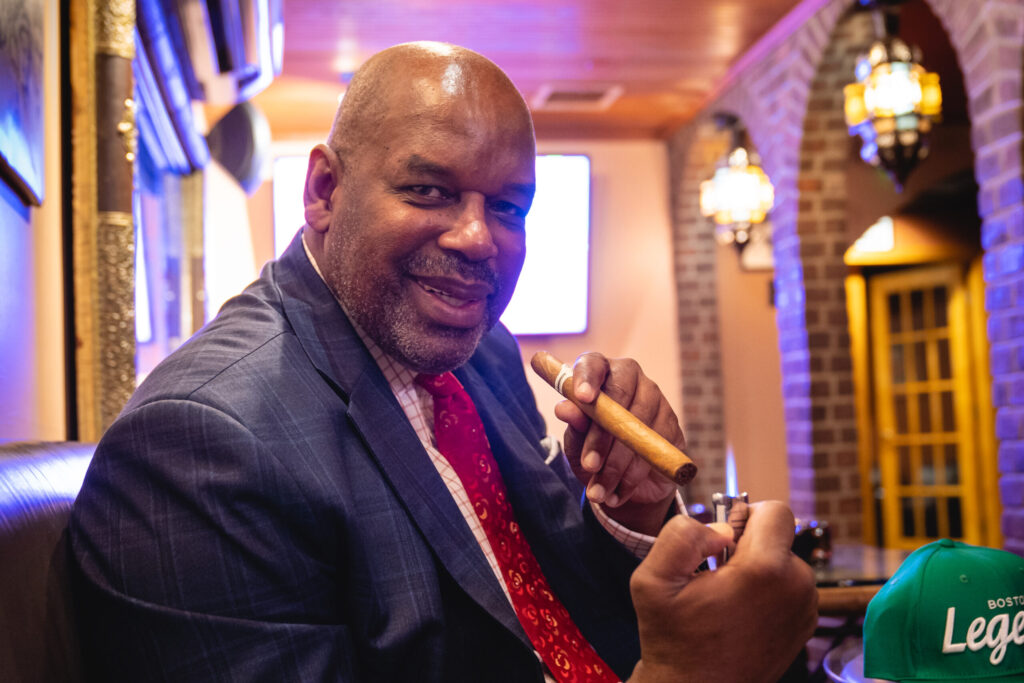 Cedric Maxwell admits, more than once, he’s had to put his size 15 in his mouth. Whether in times where he was right, saying the 2008-09 Celtics couldn’t win a championship without Kevin Garnett on the radio before receiving a call from Wyc Grousbeck quipping that maybe the team needs a new broadcaster, or when he was wrong, making crude remarks toward a female referee on the air. He’s rarely shied away from speaking his mind, or admitting past mistakes. Max puts it all on display in his new autobiography.

“If These Walls Could Talk: Stories from the Boston Celtics Sideline, Locker Room, and Press Box, by Cedric Maxwell and Mike Isenberg is available now on Amazon and wherever books are sold

That’s made him an indispensable figure around Celtics basketball since 1977 as a player and broadcaster. “If These Walls Could Talk” recounts Maxwell’s journey from Kinston, North Carolina to calling Boston’s 2008 championship run, discussing everything from his college days, trade to the Clippers and post-Celtics career, the Rick Pitino days and his apology to Red Auerbach that brought him back to the organization. In Max’s own voice.

The latter is among the Max moments that make both his life story historic, fascinating and hilarious. Maxwell, and his co-author Mike Isenberg, center the book around the lingering questions about his departure from the Celtics in 1985 after a lingering knee injury via trade. How it felt to be criticized by teammates on the way out the door, Larry Bird in particular going as far as to accuse Maxwell of quitting, and how unlikely his return and stature around the organization are given those bad feelings. Who would’ve imagined Bird would be with the Pacers longer than the Celtics? And Max is still here.

Max put ego aside, answering the odd request to apologize to Red in Washington as a prerequisite for taking the broadcasting job — “for what?” He drew parallels to the rift that exists between Ray Allen and Kevin Garnett, who Max tried through his own relationships and podcast to reunite. The Celtics should retire Allen’s No. 20 — he argues — just like Grousbeck and ownership decided to retire Max’s.

Lighter moments that make Max who he is fill the book alongside the serious. Like Max bouncing up out of his seat before Wes Unseld could change his mind about releasing him on his last legs with multiple years left guaranteed on his contract to finish his career after intense preseason practices. Max telling the mourners at Dennis Johnson’s funeral that he’s looking down thankful they didn’t choose Bill Walton to speak. Or Max and a player rolling around the locker room trading blows during his short coaching tenure. There’s some legitimately belly laugh moments in this book.

The serious side of Max’s legacy should appeal to diehard fans or those, like myself, looking to learn more about an era they didn’t live through. Max legitimately stood among and even surpassed the likes of Larry Bird, Magic Johnson, James Worthy, Kevin McHale, Kareem Abdul-Jabbar and Bob McAdoo when he took over late in the 1984 Finals. He takes a conciliatory nod toward McHale, his friend, for surpassing him into the mid-1980s, but rightfully affirms that Boston had something closer to a big four than a big three.

Max has spoken about being traded from Boston before. He spends much of this book explaining his side of the story, from the sharp pain he felt in his knee in the hospital and the haphazard physicals Celtics players took back in the day and how he believes his upbeat demeanor made teammates believe he wasn’t actually hurt. Regarding his role with the team, he would’ve been more than happy taking the back seat Walton did off Boston’s bench.

Instead, Walton joined the “greatest team ever” and Maxwell shipped off to Los Angeles, which, as Max reminds readers, required him to head west and prove he was healthy, which took several months to accomplish. Hardly quitting, he made sure the 1986 Celtics were possible.

The tales of Max fighting fans in Philadelphia are probably familiar to most Celtics fans, but his LA and Houston adventures are probably news. There was Max singing background at a Hollywood party. Benoit Benjamin wanting to challenge Kareem to one-on-one and tardiness leading his coach Don Chaney to nearly fight Benjamin. Max catching the “Larry Bird flu” from chicken wings ahead of his first game back in Boston. Then, a trade to the Rockets he got input on.

Max later returning to Boston Garden to commemorate Bird’s retirement with a coin he couldn’t identify, sending the crowd into laughter and showing an obvious flare on the microphone. One that Max explains he needed to work with a speech therapist on to translate to an on-air role. He later told Red “it’s about damn time” when Max had his own number retirement ceremony. His speeches for the 2010 Celtics NBA championship and 2012 eastern conference championship, however, never got read.

More personal moments, like family stories, fatherhood, accidentally skipping Barack Obama’s iconic 2004 DNC speech in Boston, his partnership with Sean Grande and dating Gayle King show Max could double the size of this book with stories. Some, like having his Rolling Stones tickets ripped up by an angry partner and sitting in literal s*** in a taxi, then having the company ask if he wants them to clean it, had nothing to do with the Celtics.

They keep you reading and laughing the whole way anyway, a breeze from UNC-Charlotte to Jayson Tatum, born in 1998, realizing Cornbread was a baaad man. He became an unlikely fixture as a big game player, now able to spot and admire those like Rajon Rondo who shared his flare for the moment.

If you listen to Celtics radio broadcasts, which is how I’ve come to know Max along with his CLNS Media podcast, you quickly learn he’s one-of-one as a voice. From how he describes defenders thrust into the “pop, pop, popcorn popper,” offensive players “using the body,” to some colorful language on display in the book.

Max’s look back at his life maintains that voice and gives someone like me, also born in 1998, a look at the 1980s NBA that can be hard for me to imagine without having seen and experienced it in-person. The physicality, personalities and the turn of a league that was on tape delay into an American institution. Max lived it. At times, he drove it.

Readers outside Boston may be surprised what a monumental media figure and alumni he’s become, as other legends like Jo Jo White, John Havlicek, Tommy Heinsohn, Sam and K.C. Jones have passed on in recent years, with more Celtics fans like myself never having watched them play. Max suddenly looks up as the man who’s been around the team the longest with the most to say. Talking has never been his problem. Even if he needed to quickly put the size 15 in his mouth right after.

“Boy coach, that was ugly,” he told Jim O’Brien on the plane after a loss early in his tenure as Celtics coach.

“That’s where you and I disagree,” O’Brien shot back.

“I held my tongue and just said okay and walked away.”

“If These Walls Could Talk: Stories from the Boston Celtics Sideline, Locker Room, and Press Box, by Cedric Maxwell and Mike Isenberg is available now on Amazon and wherever books are sold