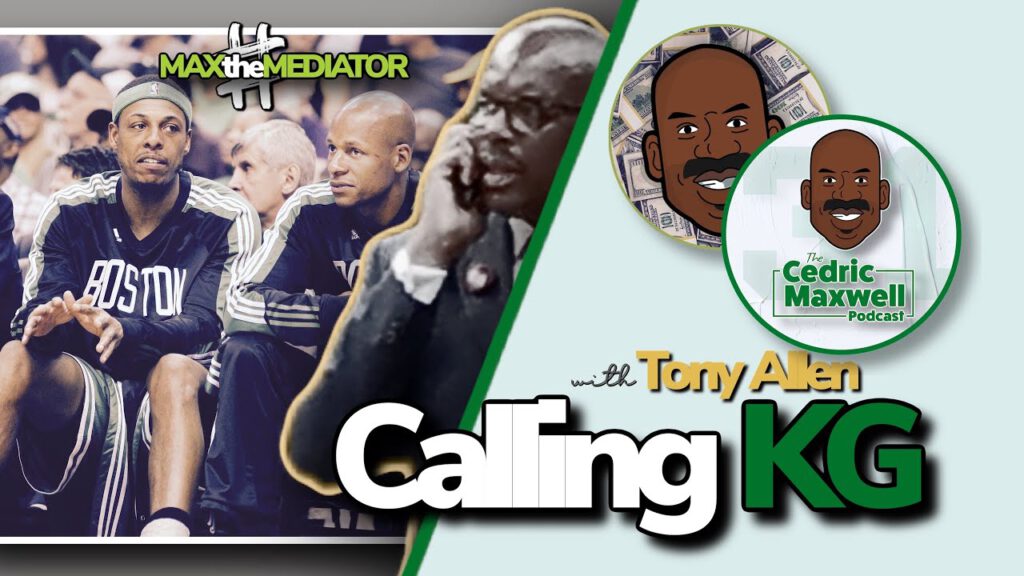 Celtics legend Cedric Maxwell capped his interview with Ray Allen in dismay over learning how unlikely it is that Allen will attend Kevin Garnett’s jersey retirement. Doc Rivers had told Jeff Goodman and Bob Ryan that he hoped Allen would attend the planed ceremony, then Allen wondered why he said that, labeling it pure speculation.

The tensions between Allen and the rest of the Celtics champions we last heard of during the Garnett-led reunion on TNT in 2017 remain. Allen said the rest of the team excluded him from the big three, something Garnett affirmed in that telecast, saying Allen moved on with his departure to Miami.

Maxwell, a proponent of Allen joining Paul Pierce and Garnett in the rafters, will call Garnett to attempt to mediate the beef. The fans, Maxwell believed, would appreciate an Allen return as much as he would.

“I’m gonna call KG,” Maxwell said in their CLNS Media exclusive interview. “When I was at Paul’s retirement, I was hoping so much you’d be there. As a family member, as a legend with this organization, I don’t give a damn about all this other stuff. I want you back here.”

Allen doesn’t hold apprehension toward Garnett to this day, he said, calling it a one-sided decision by KG to disassociate. Allen won’t go anywhere he isn’t wanted and received communication that he should stay away from Boston. He also disputed Rivers’ claim that the team tried to have him attend.

A conversation needs to be had between the two, whether with or without Maxwell’s mediation, before Allen returns to TD Garden. Allen expressed hurt over the hate and death threats he received after leaving the Celtics in 2012. Reports of his negative influence on the locker room and negative comments by former teammates are main reasons for his extended hiatus, now nearly eight years old.

“There’s so much more politics behind it,” Allen said. “It’s just about men having conversations and saying I don’t have any beef, I don’t feel some type of way about you, but you don’t walk into a hornet’s nest when people have vendettas against you.”