The Celtics struggled more than any other NBA team to protect itself against offensive rebounds in the preseason. How concerned are you? 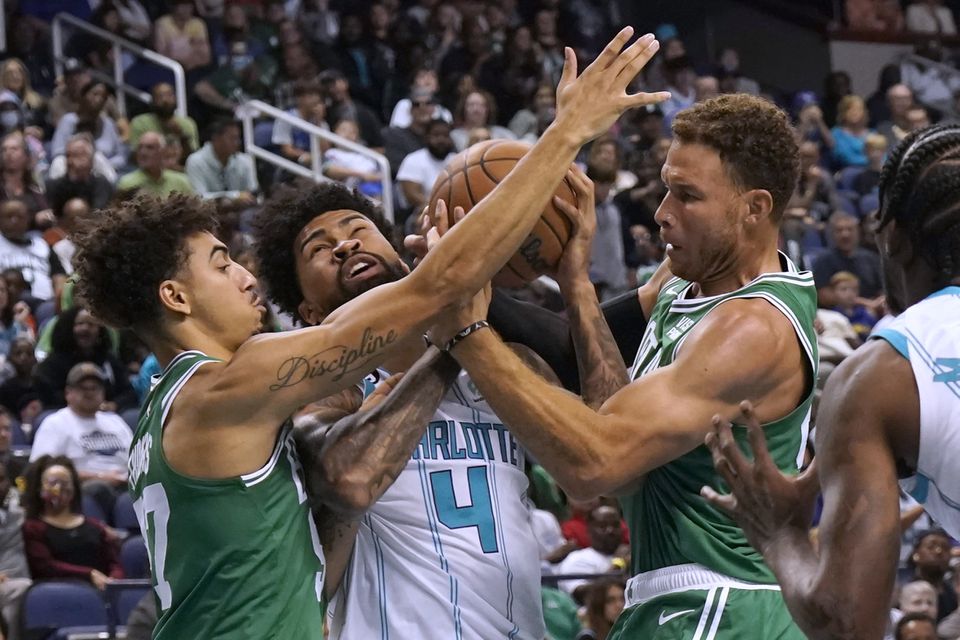 MONTREAL — The Celtics finished the NBA preseason with 17.0 offensive rebounds allowed per game against the Hornets and Raptors, finishing allowing 22 in a 137-134 loss. Marcus Smart and Grant Williams talked about the need to attack the boards as a team and how they’ve adjusted to going smaller after the game.

Bobby Manning reported from the Bell Centre in Montreal.