The Celtics beat the Wizards to grab their fourth win in six games behind a rejuvenated defensive effort. 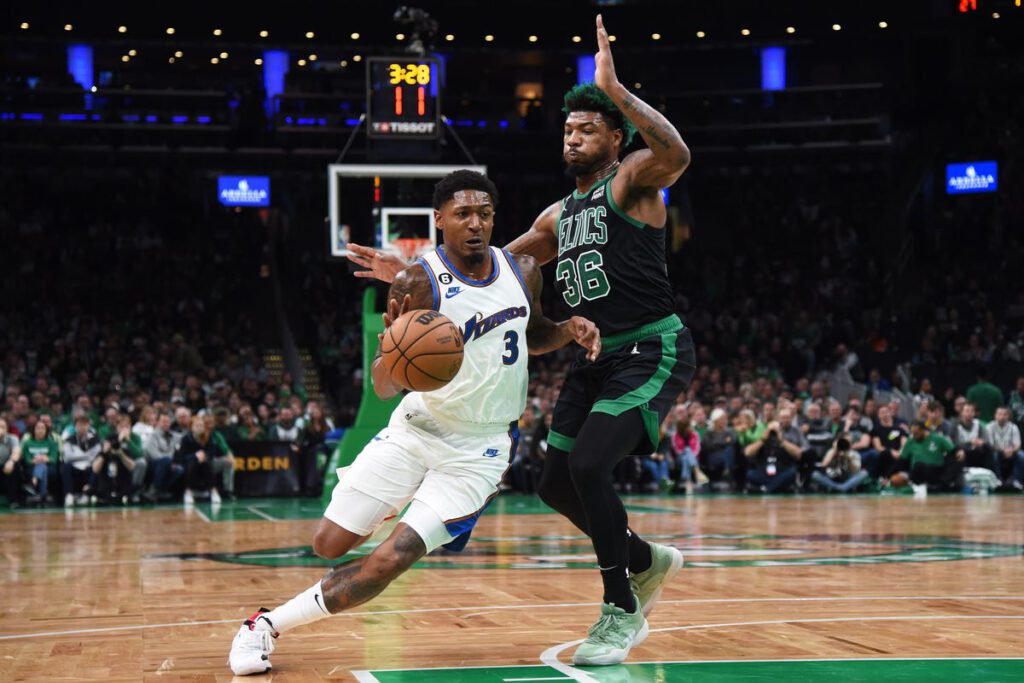 Shades of last season’s league-leading defense appeared on full display Sunday night as the Celtics allowed fewer than 100 points for the first time in 2022-23.

The Boston Celtics led from start to finish and beat the Washington Wizards 112-94, improving to 4-2 on the year.

Boston used a balanced attack to spread the floor and attack the Wizards in the half court. Jaylen Brown led the way with 24 points and 10 rebounds, while Jayson Tatum and Malcolm Brogdon provided 23 points each. The Celtics received contributions from Sam Hauser and Luke Kornet, too, as the team nailed a season-high 20 three-pointers, earning a +39 point differential from beyond the arc.

“I love 3-pointers, I like math,” head coach Joe Mazzulla said, expressing his approval for the team’s shooting.

The defense became the real story, the attention to Washington’s attack evident from the opening tip as the Celtics held the Wizards to a meager 39% shooting. The Wizards attempted just 16 free throws and Bradley Beal did not score until a minute left in the third quarter.

The Celtics appear committed Kornet as their backup big until Robert Williams returns from injury. Kornet posted back-to-back performances with at least a +7 plus-minus and opponents grab offensive rebounds at only a 17% (100th percentile) clip when he plays, per Cleaning the Glass.

The Celtics will now travel to Cleveland to try and avenge Friday’s loss.