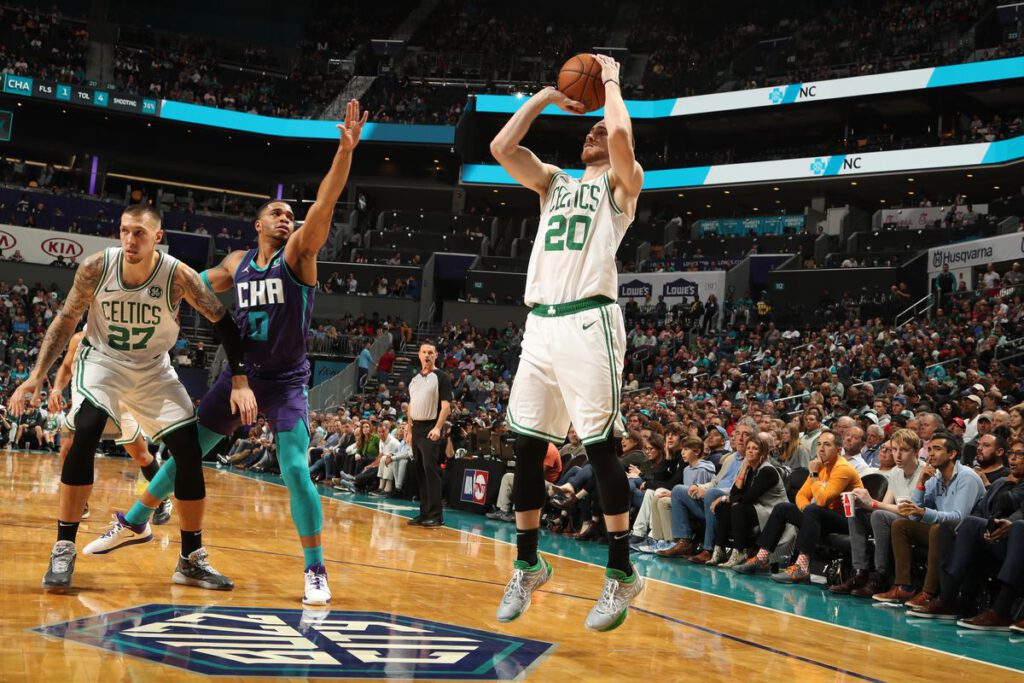 The showdown between Kemba Walker and Terry Rozier didn’t quite live up to the hype some hoped for, but the Celtics’ winning streak lived on nonetheless.

Gordon Hayward, coming off of a career-high scoring performance in Cleveland, didn’t miss a beat in Charlotte. Hayward stuffed the stat sheet before the break — he tallied up 16 points, including 14 first-quarter points, 7 rebounds and 4 assists and led the Celtics to a 52-43 halftime lead.

Neither point guard found their offense until the third quarter. Walker ultimately finished with 16 points and 6 assists, Rozier, on the other hand, went 1-of-11 from the floor and scored only three points.

The Celtics stretched their lead to 24 in the midst of the final frame. Jayson Tatum scored 23 points, grabbed 9 rebounds, Hayward ultimately finished with 20 points to go with his 10 rebounds and 6 assists.

Prior to tip-off, the Hornets showered Walker with a tribute video as a part of the player introductions. Walker received a standing ovation in the building he called home for eight years before inking a contract with the Celtics.

Boston (6-1) stretched its winning streak to six straight and now sit atop of the Eastern Conference. With a chance to extend their streak to seven, the Celtics will conclude their three-game winning streak in San Antonio when they take on the Spurs on Saturday.

“It was an amazing night… a lot of love from the fans & organization!”@KembaWalker on his emotion return to Charlotte. pic.twitter.com/rh4EFXRpeF